6 Things That Happen When You Stop Wearing Makeup

Trust us, it'll do you a world of good. 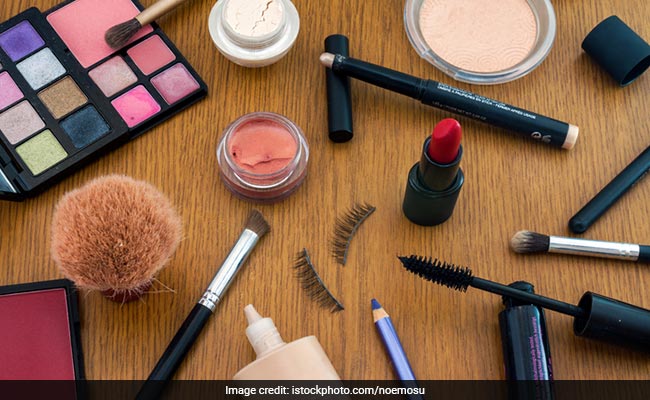 Stash the makeup away, even if it's just for a bit

Don't get me wrong, makeup is miraculous. It hides away gaping pores, adds a ruby glint to the lips and has the potential to wipe away last night's consequences on your skin in a jiffy. But every once in a while, taking a step back from it is a good idea. Not only can this move lend you with more perspective, it can also work wonders in your life and your skin as well. Not convinced yet? These 6 ways will give you enough reason to go on a makeup fast, even if it's just for a while.

If you've found yourself with red, watery eyes or boils for no good reason, your eye makeup is probably the culprit. Makeup that is expired, shared or not stored properly can become a breeding ground for bacteria, so imagine lining your eyes with an eye pencil like that. A break from it will reduce such infections, of which you'll be able to pin-point the cause too.

Wouldn't you love to have 15 minutes to spare, especially on hectic mornings? Without makeup, that can be a reality. No makeup application means no makeup routine, which gives you enough time to eat a leisurely breakfast or catch some extra sleep. Now who wouldn't want that!

At first, when you venture outside without the security blanket of foundation and concealer, it can feel like the entire world is staring at your pimple marks. But that really isn't true and after a while, you'll understand that. Not only will the previously frustrating blemishes seem less so, it won't bother you quite as much.

4. Your Skin Will Clear Out

While makeup directly doesn't cause skin problems, if it isn't suitable for your skin type or texture, that will work against you. So if you've been using such makeup, a break from it will give your skin a chance to heal naturally while allowing your pores to finally breathe freely.

5. Your Wallet Will Get Fuller

No one realises the amount of impulse purchases we end up splurging on when it comes to makeup. "Newly launched concealer? I was running out anyway. Coloured mascara? I wanted to try this one for a while now" - Any of that sound familiar to you? If it does, a makeup fast will bring it to an end. You won't be spending recklessly on makeup anymore and your bank account will thank you for it.

When you stop wearing makeup, it will be as if a veil has lifted from your face. And while it may terrify you in the start, you'll realise that you can't go on covering up your dark circles and concealing your marks forever. Instead, you'll have to face your skin problems head-on and treat them with a disciplined skin care routine, day in and day out.

Now go on out there and stash the makeup away, even if it's just for a bit.