Kajol Rocked The Unibrow Before Deepika Padukone In Padmavati; She Still Does

Long before Deepika Padukone's unibrow outing in Padmavati, there was Kajol and her statement making beauty look. 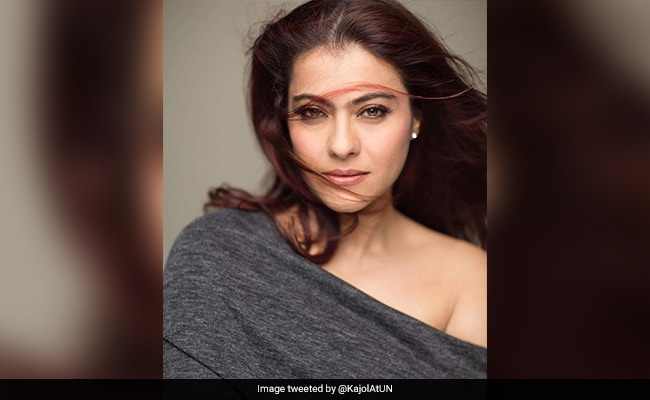 Besides the elaborate costumes and star-studded cast, Padmavati got us talking for one other massive reason - Deepika Padukone's unibrow. Playing the role of Rani Padmini, Deepika Padukone sports slick styled hair, kohl smudged eyes and a curved unibrow over her brow bone in the trailer and posters of the movie, which is set to release on 1st December 2017.

While many were up in arms against the single brow look in the movie, others were all for it. Because let's be real - even with a unibrow, the ever gorgeous Deepika Padukone can do no wrong. But long before Padmavati hit the news and the unibrow spark was reignited, there was one person who rocked the beauty trend with confidence and that's Kajol.

Kajol made her Bollywood debut in 1992 with Bekhudi during a time when actresses were sporting finely threaded eyebrows. Even back then, Kajol wore full eyebrows with a wispy bridge between the two, proving to be a statement maker in Bollywood. As spoken to IANS, it was her friend, makeup artist Mickey Contractor who persuaded everyone in favour of the unibrow.
Through the course of her career that spans across more than two decades, Kajol's fashion sense and beauty look may have transformed but her unibrow has remained unchanged, except for a tad bit more grooming.

If Deepika Padukone's fantastic look in Padmavati and Kajol's eternal charm has got you nodding in favour of the unibrow, it isn't as easy as letting it grow wild. Instead, it needs constant grooming to look presentable yet striking. Request your salon personnel to thread or wax the extra hair around the area and keep your brows and their bridge full and neat. For an even more emphasised look, use a brow pencil to fill in the area between the brows.