I Find My Best Friend's Boyfriend Attractive, And I Don't Know What To Do About It 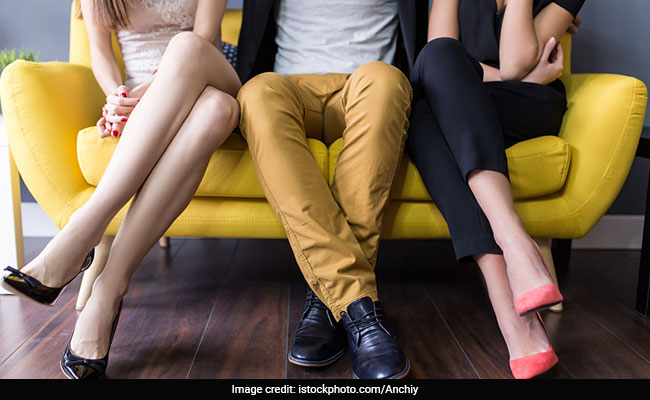 The more he spoke, the harder it became for me to rein in the forbidden thoughts

He walked in with a stride of a dancer. One of the first things I registered was wondering how a man so muscular can be so graceful when he walks. When I was introduced to him, I was supremely conscious of the fact that I wasn't breaking eye contact. That's when I knew I was in trouble when I met my best friend's boyfriend for the first time.

Of course in that moment I had nothing but immense curiosity to get to know him. There was also the impending need to act "normal". You know, NOT give away that there is a storm raging inside you.

But the more he spoke, the harder it became for me to rein in the forbidden thoughts. He was clearly well read, worldly, and polished. And I was left reminding myself constantly, that he wasn't someone I was out on a date with. It was enough to try and ignore the feeling of interest that was waiting off him too. But that, I told myself, was just him getting to know the "best friend". One he will call to ask for help when planning a surprise for out common person, the one he will call to get in touch with her when they will go through a rough patch. The one he will never, ever think of in a romantic way.

In my attempt to rationalise the whole thing, I spent nights thinking about what form of validation was I seeking from him and why. Was it, in a twisted way, to satiate the need of that person who was never accepted by a man like him? Was it just a need to be loved by someone as smart?

Later on, I told myself that the feelings of rejection that I was setting myself up for only away to torture my already taxed soul. Whatever repressed feeling and needs I harboured, my girlfriend's boyfriend wasn't going to calm them down.

And I was alone in staring into his eyes, with the intensity that was mine alone.