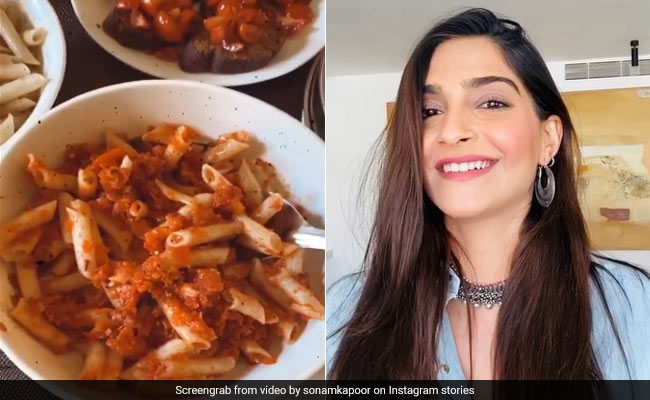 Sonam Kapoor has been busy in the kitchen (Image Credit: Sonam Kapoor)

Like multiple Bollywood celebrities confined to their homes during the Coronavirus quanrantine, Sonam Kapoor seems to have been bitten by the cooking bug. While Malaika Arora made besan laddoos and Yami Gautam baked bread, Sonam has been taking the healthy and hearty route. Today's afternoon lunch at the Kapoor-Ahuja dining table seemed to be a jam-packed affair with her mother-in-law and brother-in-law in attendance too. Sonam first put out the menu for the lunch spread which may have been cooked by her. She also mentioned that she missed having sister Rhea Kapoor around when cooking.

(Also Read: How Sonam Kapoor Stays Home And Keeps Busy During The Quarantine)

The 5-course meal had quite a bit of variety. With vegan options like tofu as well as indulgent dishes like spaghetti aglio olio, there was a fine balance for everyone to fill their stomachs. 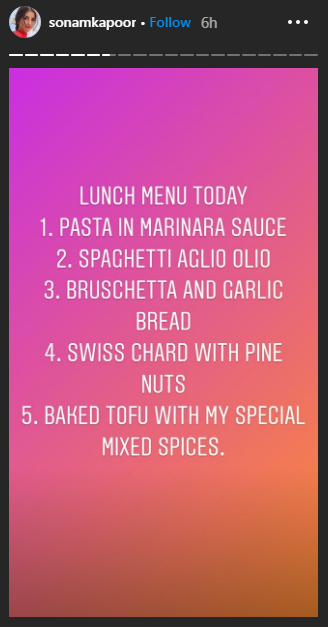 Her garlic bread with garnishing looked crisp and fresh out of the oven. 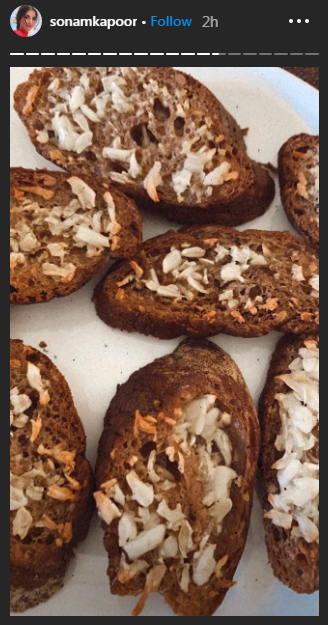 A second bread option was bruschetta topped with cherry tomatoes split in halves. 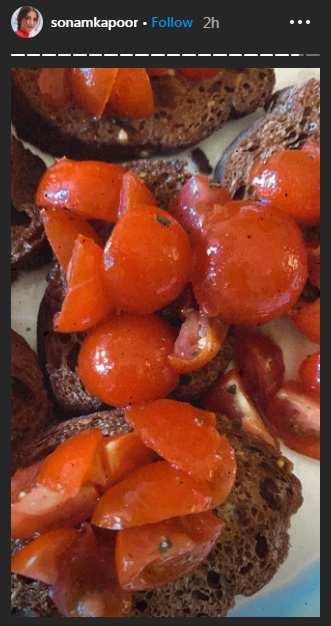 Swiss chard provided the leafy green dose and was tossed with pine nuts. 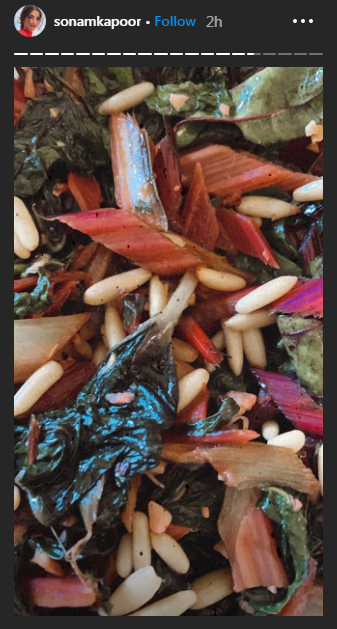 There was a vegan pasta option for her mother-in-law, which was very considerate. 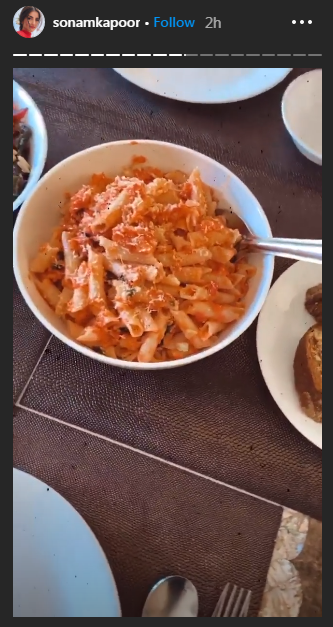 The aglio olio was for her brother-in-law. 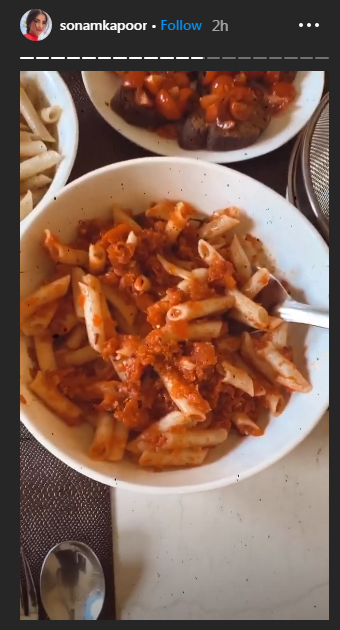 The spread also include fried tofu and broccoli and it made for quite the filling and healthy meal. While being quarantined at home, Sonam has been keeping herself busy in the kitchen. Previously too she made a tofu stir-fry and vegetable pulao.

Now if only we were guests at her dining table, wouldn't that be great!

(Also Read: Only Sonam Kapoor Could Make Staying At Home Look This Good)