Growing Up And Growing Out Of Old Friends Is Okay

Over the years, it is a rarity not to lose touch with some friends because distance doesn't always make the heart grow fonder. 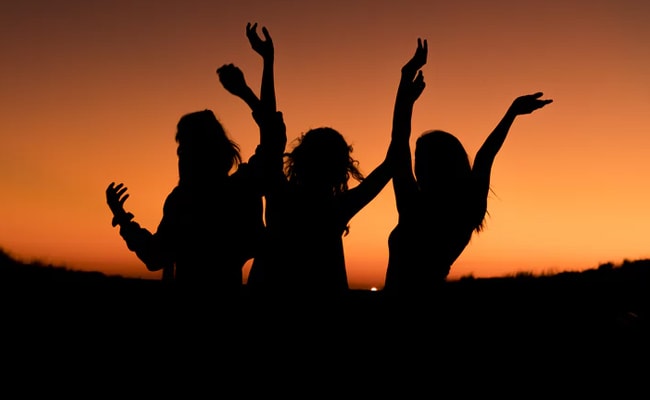 Relationships change as friends you grew up with may move to bigger, better things

A few years ago, I asked my 4-year-old if she wanted to invite her classmate Tara for her birthday party. "Mamma, I will tell you tomorrow", she replied casually, adding "let me ask her first if she is still my friend". Over the years, that innocent reply often brought a smile to my face, but in recent times, I find the simplicity even more endearing, not least because I am increasingly beginning to wonder where I lost it myself.

Caught in the whirling vortex of the 40s with school runs, dinner menus and anti-wrinkle creams, I could almost be a poor man's poet but there is no lyrical way to say it. When patience is decreasing, hysteria is increasing and knees are creaking, any emotional baggage that doesn't sort itself out quicker than the next calcium dose must give way.

So, here I am, sometimes ambling, many times hurtling along, but often wondering, as I get old(er), if I should be apologetic about outgrowing people and places. For a small-town girl like me, Delhi was the promised land all those decades ago when I came here for college and discovered its adrenaline-filled fast-paced life. I was Cinderella then, with stars in my eyes. Today, everything about it jars, more so its people.

If we thought growing up is a challenge, many of us clearly underestimated its side effects. Those days everything was through the rose-tinted glasses of emotions, the eagerness to belong meant you easily lost sight of yourself. Slowly, the momos of Dilli Haat became rare and the competitiveness of outdoing your friends and their style quotient led to fancy meals in posh restaurants. Sometimes, that left you with more egg on your face than food in your stomach because when you are inherently different, fitting in isn't always smooth.

It was good to see and be seen, the same clubs, week after week, the same people month after month. It was a symbol of having "arrived", that you could now afford a lifestyle you only aspired for. The nightclub at the Taj, where DJs, Page 3 and celebrities spilled to the corridor outside was more like a second home. That same place today is a reflection of how times passes, a shadow of its past glory but content with its nostalgic 80s music and a bunch of people not in a hurry to reach anywhere. Just like me.

But in the earlier days, there were always unhappy people around and some still are, like an old friend who even in her mid-40s is still trying to belong and looks as miserable as she did in her teens. She is still a mischief-maker, networking and driving by herself to far off farmhouse parties late at night because status and the right crowd in Delhi means everything to some.

Outgrowing all this, on the other hand, is scary; it takes you out of that comfort zone; something that is a habit becomes a stranger.

As do people. Over the years, it is a rarity not to lose touch with some friends because distance doesn't always make the heart grow fonder. Most of the kids I grew up with also moved to bigger and better things; sometimes, unintentionally, the bond snapped.

It isn't just about physical space; even with people around us, the emotional disconnect can take over; they may not be wrong but neither are you. Some may even remain the same, but seasons change, circumstances become different, and what once worked no longer makes sense. I was reminded the other day of how a relative and I were partners in crime through most of our carefree days; today, we don't even wish each other for birthdays and I still don't know why. It doesn't feel good or bad. The lasting impression I have is that in the phase that we were in, we rocked it.

Occasionally, all it takes is a step back to get a clearer picture. The couple of years that I spent away from Delhi gave me that. How did I become this air-kissing, society drivel-loving, branded handbags-wearing person when all I ever wanted to be was a crazy, sports-loving bohemian with her chunky silver jewellery? How did an easy-going person get caught in the nuances of a class of people which gives "fake" a whole new meaning?

I still can't get my head around how a guy who roams around all Page 3 soirees with an emerald necklace dangling around his neck (also fake I suspect) is the toast of the ladies since he follows the same "guru". Yet this same man is someone with a case of violence against him, has also physically threatened someone I know very closely. This is where I am escaping from.

I know I am not alone. An old school friend recently told me how she no longer finds anything in common with a lot of her close acquaintances. Maybe this is the mature us - or perhaps I am more like my husband than either of us ever realised. It has always been a joke in my family, that in a party of 30 people, 26 are my guests. But when you are out of place in your own room of people, you realize your husband had the last laugh.

This then is officially middle age, when you are happy to hang at home instead of constantly finding out which is the most happening place in town, ordering in food with just a handful of friends. Jennifer Aniston and the "Friends", in hindsight, become less about ideal and cool lifestyles and more about dysfunctional crazies who show you how easy it is to belong even when the glamour wears off. I don't think it's about becoming hardened, but increasingly I find it easy to shrug without those youthful angst-ridden, cringe-worthy Toni Braxton or Richard Marx songs on loop to mark the loss of a friendship.

One of my closest friends, this one for keeps, advises me, "Have no expectations and meet people, enjoy a coffee and go back home." She always insists that there is no black or white and she is probably right. Detaching the emotions that we piled on in our 20s and early 30s as a badge of honour, detoxing from clinging to memories, may be easier said than done - but it's not impossible. Boys or rather men are less complicated when it comes to friendships.

Sometimes, it is better to leave the past behind. At other times, the wisest thing to do is re-discover it. Some of the friends that I am most comfortable around are those who I started my career with, all eagle-eyed and hoping to make a quick buck to show off to our parents that we were independent. The bunch of us quickly learnt that there were no short cuts. So we crashed under tables on a night shift, taking turns to share quilts in the winter or frugally spent our money at the local dhaba. Many of them are now well-established, but they have my back even if we don't meet for years. Maybe, when you start a collective journey with nothing on a platter, you never forget your journeymen.

Over the years, we have all been guilty at some point of judging people too quickly. In retrospect, it was easy to get sucked into gossip-mongering society where you only ever heard one part of the story. It happened even with one of my oldest friends. I was judge and jury and only because she chose to keep quiet despite all sorts of rumours about her marriage. I should have known better.

But as soon as I started taking it slow, I met a mother smiling at the bus-stop daily, only incidentally learning that she had lost her young son in his sleep. The doctors could never figure out what happened. One of my dear friends now is a Canadian who I met on a walk, she did not have enough money to treat her mom's cancer, but lived a life that would make a Bollywood drama pale.

Nor am I scarred. Far from it, in fact, although there are hardly any 4 am friends and only because sleep and the lack of puffy eyes is much more precious for all us. I watch Korean dramas with a band of girls and have discovered that it's true, you never really forget how to cycle. I am not afraid to go alone, but many times the most unlikely of friends join in on the ride.