7 Signs He Is Definitely Not Serious About You

Don't be fooled by a guy who is just not ready to commit to you. 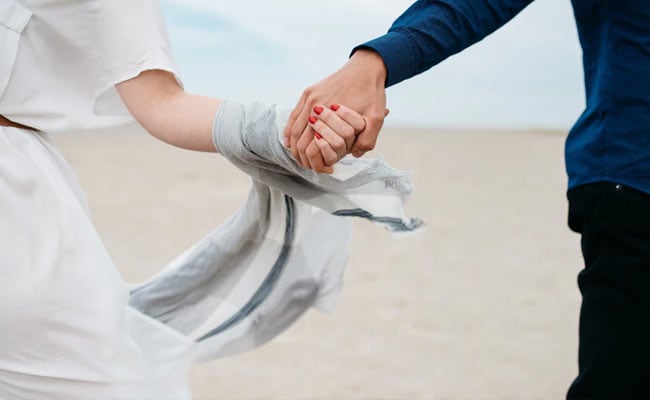 How to know if his meaning of a future together only goes as far as next weekend.

People say women are difficult to figure out. Well, we don't agree. Men are definitely way harder to read, what with all the mixed signals and all. Here are some signs that clearly say that he is not all that serious about you.

1. He refuses to define the relationship.

Are you dating? Are you in a relationship? Whether it's simple or complicated, if the guy you're with is avoiding having the talk and defining the relationship, even though you've tried to a few times... Well, then, it's obvious that he's running away from the commitment that comes with labels.

2. He's shady about you using his phone

Sure, it could be because he likes his privacy - but then he would be upfront and not look guilty about it. The other reasons he's shady about you going through his phone is that he might still be active on dating apps, or there might just be regular flirty messages with girls. Or he might still have a whole gallery of pictures dedicated to his ex. Yes, that does happen.

3. He doesn't know who your best friend is

This is such a basic thing. If he cares about you, and sees a future with you, trust us, he can't forget the name of your best friend. If he does, he was definitely tuning you out most of the time and that's not a great sign.

4. You haven't met his close friends

Another bad sign, he hasn't introduced you to his 'bros'. And the only legit excuse in this case is if all of his best friends don't live in the same city as you guys. And, even then, if he hasn't told you all about them or made future plans about making you meet them... He's probably not planning to be around for too long.

5. He only calls you when he wants to meet

He never calls to find out how your day was, or texts you to tell you that he misses you. No, he only gets in touch when he wants to make a 'scene' or 'hang out'. He's even afraid of calling it a date sometimes because, again, labels. What does this tell you, girls?

6. He doesn't show up for non-date things

Like that time you invited him for your friend's birthday, or that art exhibition, or even that gig you were so excited about... He mostly avoids group outings and is somehow always busy when you want to meet him.

You saw the title and you clicked immediately. That action tells you more than we actually can. Even if the signs haven't been obvious, if you have a bad feeling about it (even without an explanation) you should trust your gut.