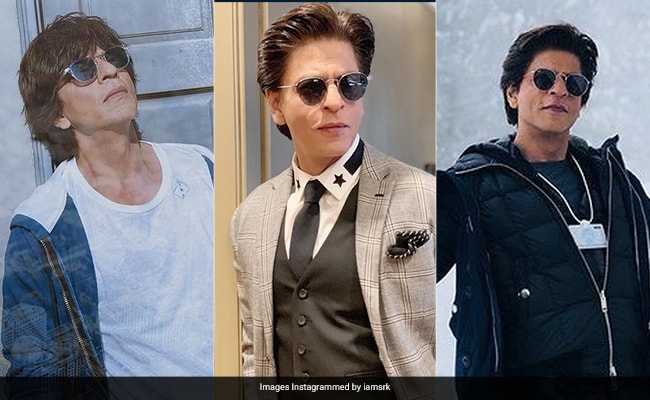 29 years of a journey that Shah Rukh Khan may never have imagined would be this life changing. Not just for him but his unending fan following that would pretty much do anything for him that his residence, Mannat would become a daily. Who would have thought? Would Shah Rukh have envisioned this? In his magnificent career of 29 glorious years, one thing that has been consistent apart from stealing the hearts of many women to date is his fantastic style. Shah Rukh Khan melted many hearts with his oh-so-suave style that has left imprints in our mind. Whether it was his bomber leather jacket from Dilwale Dulhaniya Le Jayenge or his sleek suits, Shah Rukh Khan's style is as timeless as his blockbusters. His latest film, Pathan after his long gap has his fans gasping for even the tiniest glimpse of the star who we're sure will give us more than just his flamboyant style.

29 years and his love for leather jackets are as brand new as the first time he wore it on the sets. He was last seen in Harry Met Sejal and his leather jackets were on full stylish display. Honestly, who are we to complain?

Shah Rukh Khan mastered the art of layering up in his grunge biker look and continues to ace it in his own stylish way. When you have best friends like Karan Johar, it is essential to amp your style to its maximum capacity. Or is it the other way round?

Every man owns one well-tailored suit that speaks for them. Shah Rukh Khan's well-lauded collection definitely needs no introduction then.

Also Read: Shah Rukh Khan And The Art Of The Perfect Celeb Selfie

It is no surprise then that even a bright orange one would look just as stylish on this megastar. We can safely say that the suit doesn't wear him but instead the star that wears the suit.

As much as Shah Rukh Khan is known to every woman's first crush, he is also known to have an undying love for jeans. Not just jeans alone but denims in general, Shah Rukh Khan even at 55 years of magnanimity could still give anyone the run for their money with his endless denim collection. Did you know he owns one of the largest jeans' collection in Bollywood?

Also Read: With Siblings Like Suhana Khan And Aryan Khan, AbRam Khan Is Set To Be One Stylish Little Boy

Not just jeans but if we were to begin counting his sunglasses too from his collection, we may take another 29 years to complete it.

We're all well aware that Shah Rukh Khan could easily be termed daddy cool but who knew that he would take this coolness to a whole new chilling height?

But sometimes that coolness translates to his street style swag too and he could be in any corner of the earth and still remain the global icon he is.