She isn't afraid of stunning in every bright shade

Raveena Tandon makes the colour blocking trend her own

Today, along with their acting careers, Bollywood actresses are also taking their style rather seriously. To do so, they enlist the help of celebrity stylists and brush up their skills to make sure they only put their most fashionable foot forward. One of those B-towners is Raveena Tandon. Along with her current television career, the actress has been spotted looking stylish while loyally sticking to the colour blocking trend. These 5 looks are proof that Raveena definitely loves the fashion trend and rocks it like no one's business.

For an event, Raveena wore a red and black striped belted kurta with an asymmetrical hem paired with red and purple striped bottomwear from Payal Khandwala. Finishing it off is straight hair, dark eyes and juttis.

Definitely her boldest look that blocked colour was the one in which she paired an olive green shirt with a bright red skirt from Payal Khandwala. Accessorizing it was a gold necklace from Tachi and heels. 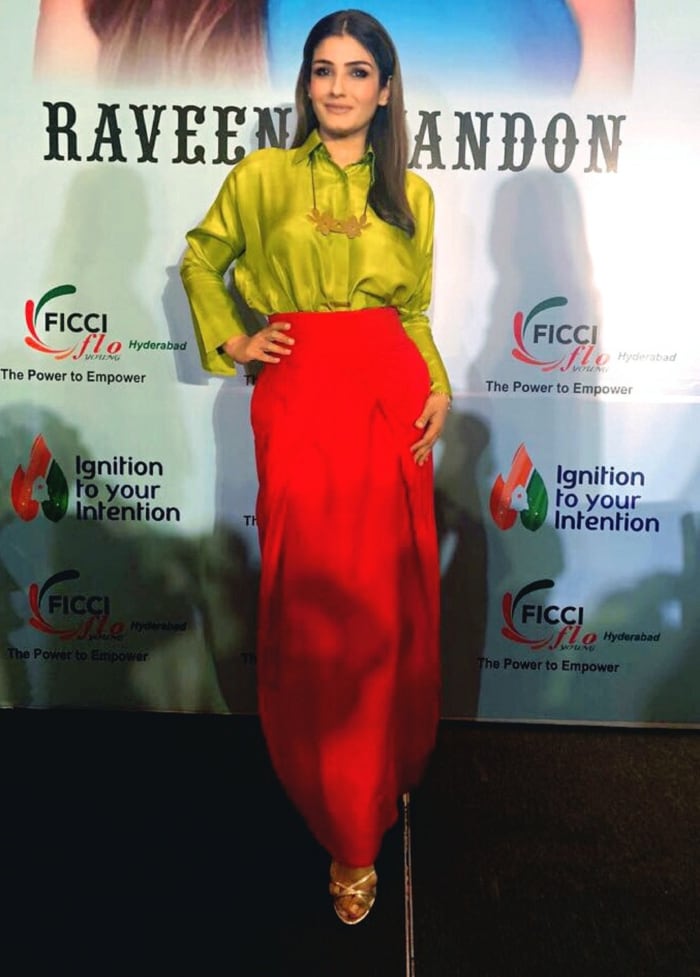 She sports colour blocking in green and red

Raveena's white, green and red botanical print saree from Shivan & Narresh saw a surprising contrast with a black drape. She paired this with curls and defined eye makeup.

She contrasts her prints with black

Payal Khandwala is evidently a designer favourite of this Bollywood actress. Recently, she wore a cobalt blue blazer and wide-legged trousers with a white shirt from the designer with black strapped heels. 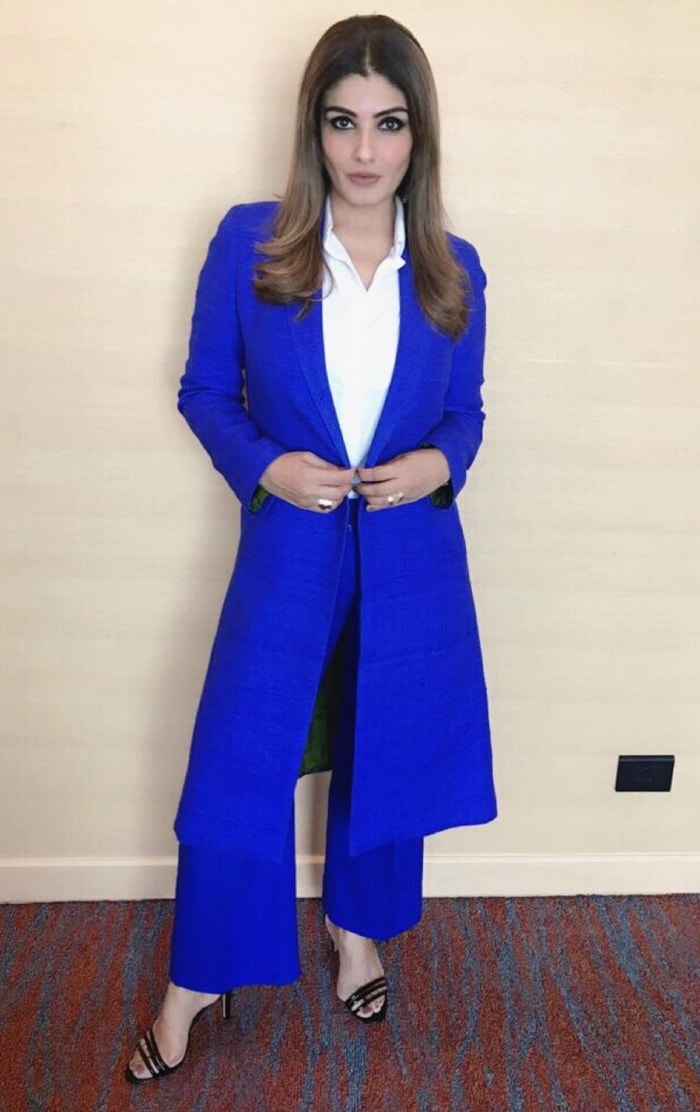 Rounding off Raveena's trendy colour-blocked outfits is this stunning look. The actress wore a saree in magnificent shades of pink, white and gold from Payal Khandwala with earrings and a centre parted bun hairstyle.

Her colour blocked saree has shades of pink, white and gold