9 Things Priyanka Chopra Said That Holds True For Every Woman

The magnitude of her choices, and the willingness to fail, publicly, has earned Priyanka our respect 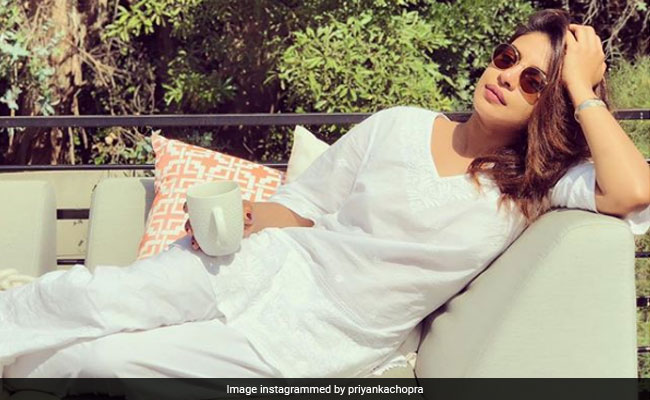 At the peak of her career in India, Priyanka left Bollywood to embark on a journey that was completely new and full of risks. You don't have to be a fan of her singing or acting to admire the gumption it takes to step out of the comfort zone, away from family and home. The fact that she's fast rising up the ranks of Hollywood only makes the journey that much more worthwhile. But the magnitude of her choices, and the willingness to fail, publicly, has earned her our respect.

Priyanka has, time and again, spoken of her experience of being bullied in high school in America for being the only brown girl in her school. So it's only just desserts that Hollywood can't seem to get enough of her these days.

Priyanka is an inspiration to many among us. She took the road less travelled and managed to fight her way to the top, far ahead of most of her male counterparts in Bollywood. She also seems to have her heart in the right place, paving the way for other women to fulfill their dreams through the Priyanka Chopra Foundation for Health and Education and her work for UNICEF.

Here are a few things Priyanka Chopra has said that have resonated with us, and hold true for so many among us.

1. On not being afraid of anything

"No matter what you do, someone will always be unhappy. You can never please everyone all the time."

2. On being paid as much as her male counterparts

"I've worked very hard to be where I am and each one of us (women) deserves to be compensated for it. There are so many people who talk about the kind of numbers, apparently, I get for certain minutes of my time. The boys are never asked that question. Their zeros are ridiculous. Have you even seen the zeros they get on their cheques? So we should be proud that there's one female on that list. I'm just surprised there aren't more."

3. On being a successful woman today

"We live in patriarchal societies mostly all over the world. We as citizens need to change mindsets by teaching our sons the values the next generation needs to take forward; that when you respect a woman is when you're a real man, not when you tease one."

4. On women being able to talk about abuse

"It's never easy for a woman to talk about it. It is easier for a woman to come out and say I was troubled or somebody hurt me when they know they have someone standing by them. Because most of the time women are told they asked for it or that it was their fault, when it's not. I wouldn't say they are victims, they are survivors. But it shouldn't be a world where women have to survive, it should be a world where women can thrive."

5. On not being seen in Hindi films in the last 2 years

"When was the last time Hrithik did a film? Or Ranbir? No one is asking the boys this question. They get the opportunity to take time to find the right film for themselves and come and do a movie after 4 years and no one checks their relevance. Why should my relevance be any less if I take that time?"

"My mom told me that you will only settle down when you have a man who appreciates all the hard work you've put into your career. Of course I want to get married. I want to have a cricket team of children! But I'm not apologetic about my career at all."

7. On her biggest achievement so far

8. On what fashion means to her

"Growing up, fashion was such a big part of what I wanted to be. I spent my 20s trying to figure out what works for me. Now in my 30s I've kind of figured it out. But with fashion you've just got to try different things. Some work, some don't work at all, but it's fun to try."