A Look At Michelle Obama's Stylish Inauguration Day Outfits Since 2009

From her pastel outfit in 2009 to her plum monochrome look in 2021, Michelle Obama's Inauguration Day outfits have always been fabulous

Trust Michelle Obama to be the centre of attention everywhere she goes. It's not just her words that inspire billions but also her fashion statements that we just can't seem to get enough of. For the much-awaited Inauguration Day 2021 ceremony, Michelle Obama once again stole the show in a striking monochrome outfit to give a whole new meaning to power dressing. Often seen promoting American fashion designers, she wore a formal suit by Sergio Hudson in a beautiful shade of plum. Her outfit included a turtleneck top, wide-legged trousers and a matching overcoat with a metallic buckled belt that was truly the statement accessory to complete the look. 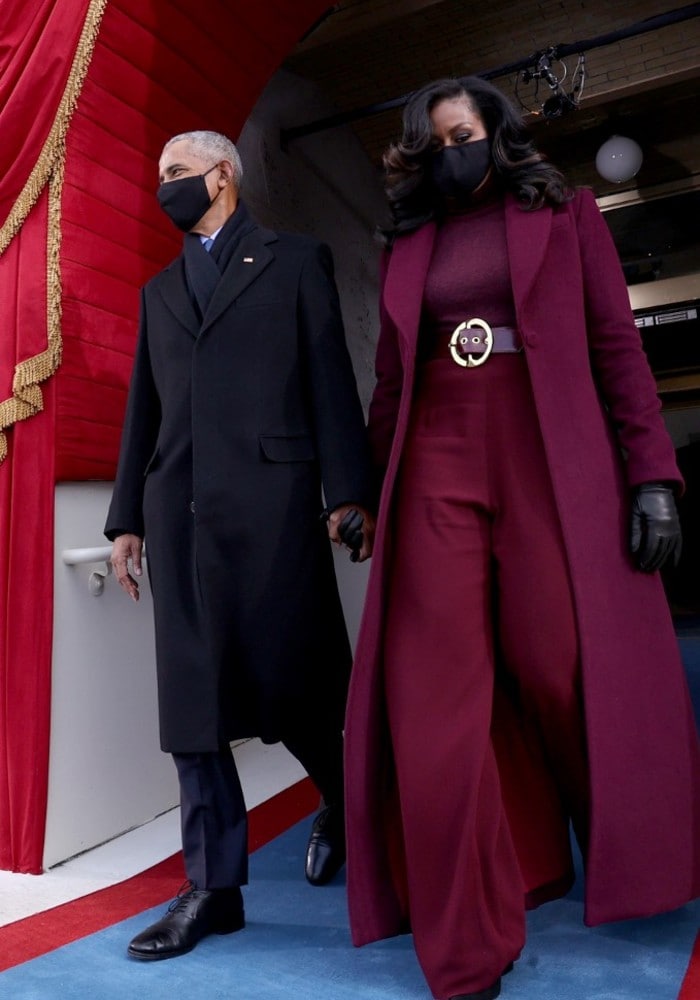 Flashback to 2009, which marked the first Inauguration Day ceremony for the Obamas, Michelle Obama had impressed all with her choice of a pastel outfit by Isabel Toledo. The wool and lace dress and matching jacket featured extensive floral patterns and she had paired it with sparkly diamond jewellery and a pair of olive green J. Crew gloves to complete her look.

Four years later, in 2013, Michelle Obama caught all eyes during the Inauguration Day ceremony for the second term of her husband Barack Obama as the president of the United States of America. This time she picked a formal coat-dress by Thom Browne, which was made of silk and featured check patterns in navy. What added dazzle to her outfit was an embellished belt and she wore knee high boots to keep her attire sleek. Oh, and her bangs had added further charm to her look. 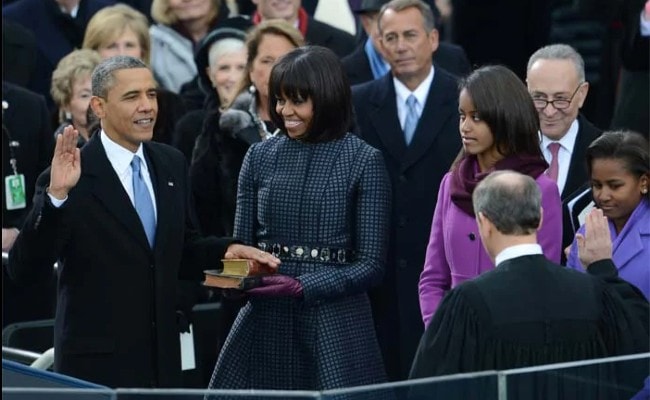