After Kangana Ranaut, Anushka Sharma Stuns In A Saree At The Airport

It's the celebrity travel trend you didn't know existed 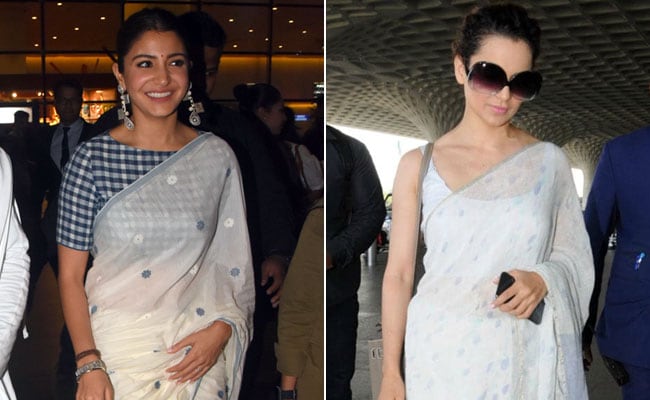 We've got to give it to Kangana Ranaut. Besides lighting up the big screen, the Bollywood star is quite the trendsetter. From making nude tones the new black to upping the style quotient of a simple cotton suit, Kangana is responsible for them. But the fashion statement she is most well-known for is her chic travel looks, specifically the airport saree.

The trend was brought back into the limelight by none other than Anushka Sharma. After a promotional event for their movie Sui Dhaaga in Kolkata, Anushka and her co-star Varun Dhawan jetted back to Mumbai. Anushka didn't skip a beat to change into a sweatshirt and tracks for the flight and instead, opted for the same saree she wore at the event. It's a win-win for us because there's nothing we like more than a style spotting at the airport. 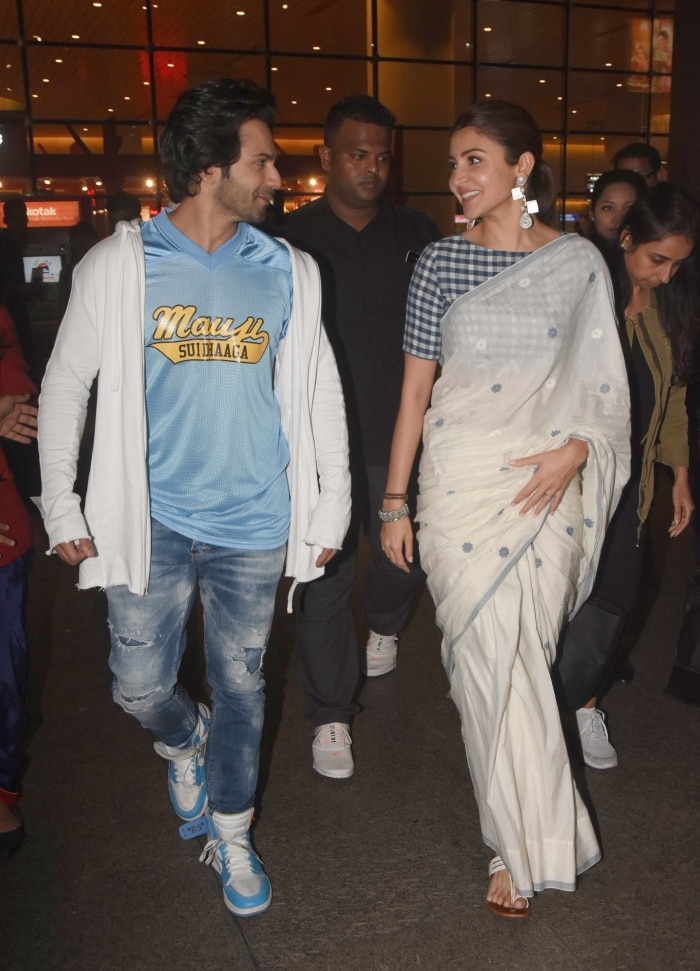 Varun Dhawan and Anushka Sharma at the airport

To return to the city, Anushka wore a white saree with a micro print. She wore a blue and white gingham checked short sleeved blouse with it. Her minimal makeup, pulled back ponytail, white kolhapuri sandals and silver jewellery remained intact from the event. It looks the airport's fashion quotient definitely went up a few notches with Anushka's stunning saree look.

Anushka Sharma at the airport

In July this year, Kangana wore a white printed saree with a sleeveless blouse, a beige Lady Dior bag and reflective sunglasses.

Kangana Ranaut at the airport

It started back in April, when Kangana wore a similar white printed Anavila saree and sleeveless blouse with sunglasses, her designer tote and a bun. 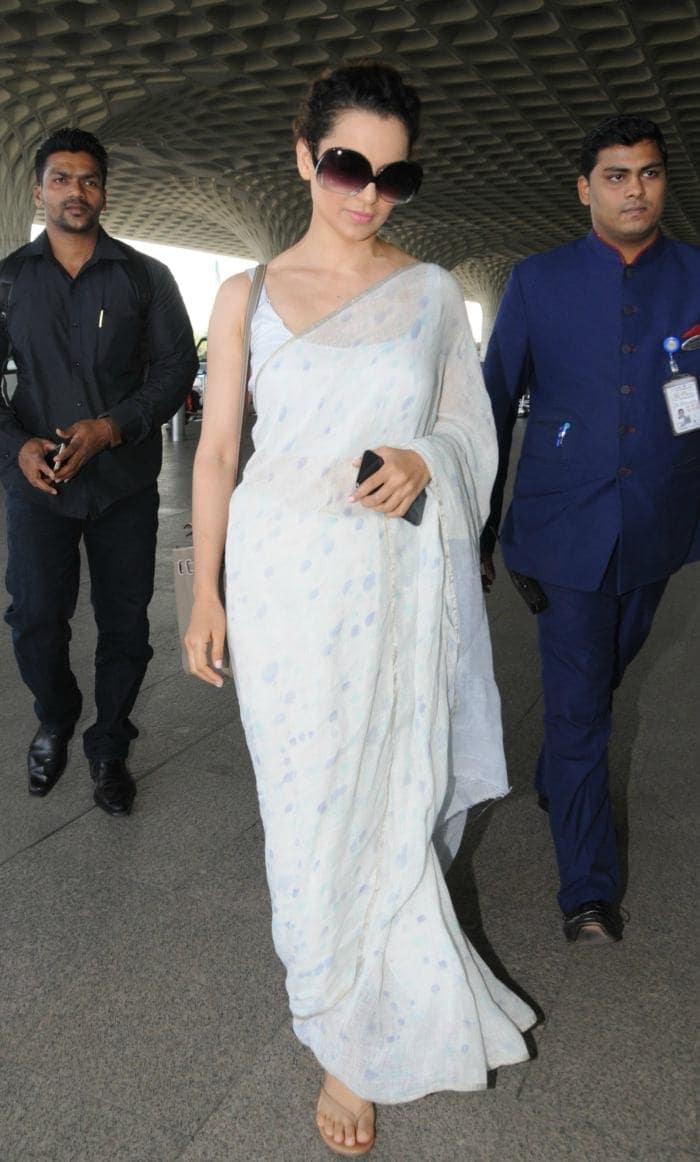 We really couldn't have asked for a chicer celebrity travel outfit than a saree at the airport and these looks are proof.