Ranveer Singh Serves Up Devilish Charm In A Funky Black And Silver Jacket, Pants And Boots 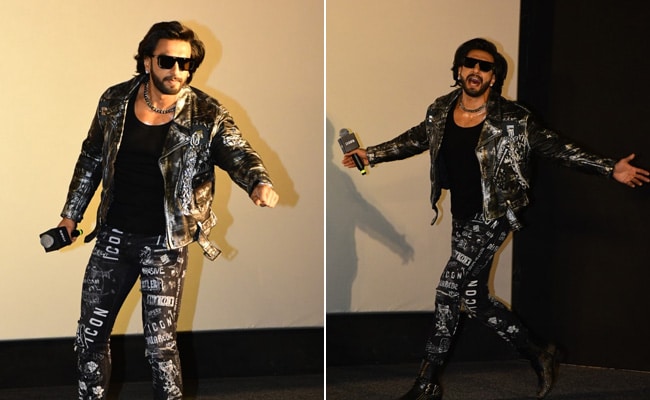 Liger has been in the news ever since it went on floors. First it was because of Mike Tyson's appearance in the movie, then it was Vijay Deverakonda's braided hairstyle with his bulked-up physique that got us hyped for the sports biopic. Now it's because the trailer of the movie has finally released for us to set eyes on. For the event, the stars of the movie Vijay Deverakonda and Ananya Panday made an appearance with the cast and the crew of the film as well as with the chief guest of the event, Ranveer Singh. As is the case in every room this one walks into, it's safe to say that Ranveer Singh stole the show here too. 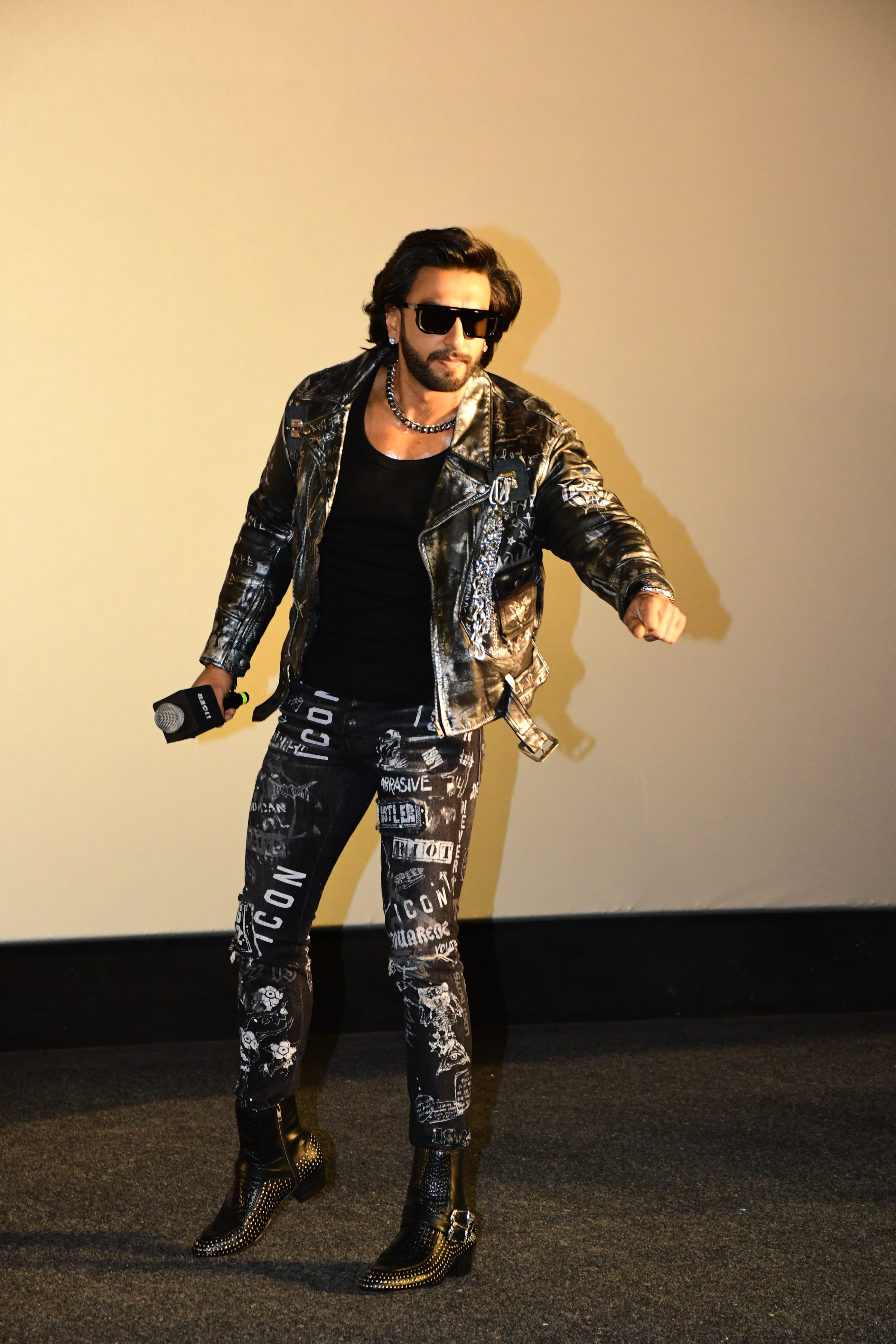 Ranveer Singh at the trailer launch

Looking impeccably snazzy in a funky black ensemble, Ranveer wore a black tank under a rugged biker jacket which had silver finishing. He opted for fitted black pants which had white typography designs all over it. For accessories, Ranveer wore ankle-high black boots with silver studs. He paired the outfit with black sunglasses and a thick silver chain around his neck. We think we know Ranveer pretty well by now so one thing's for sure, he doesn't shy away from making a statement. 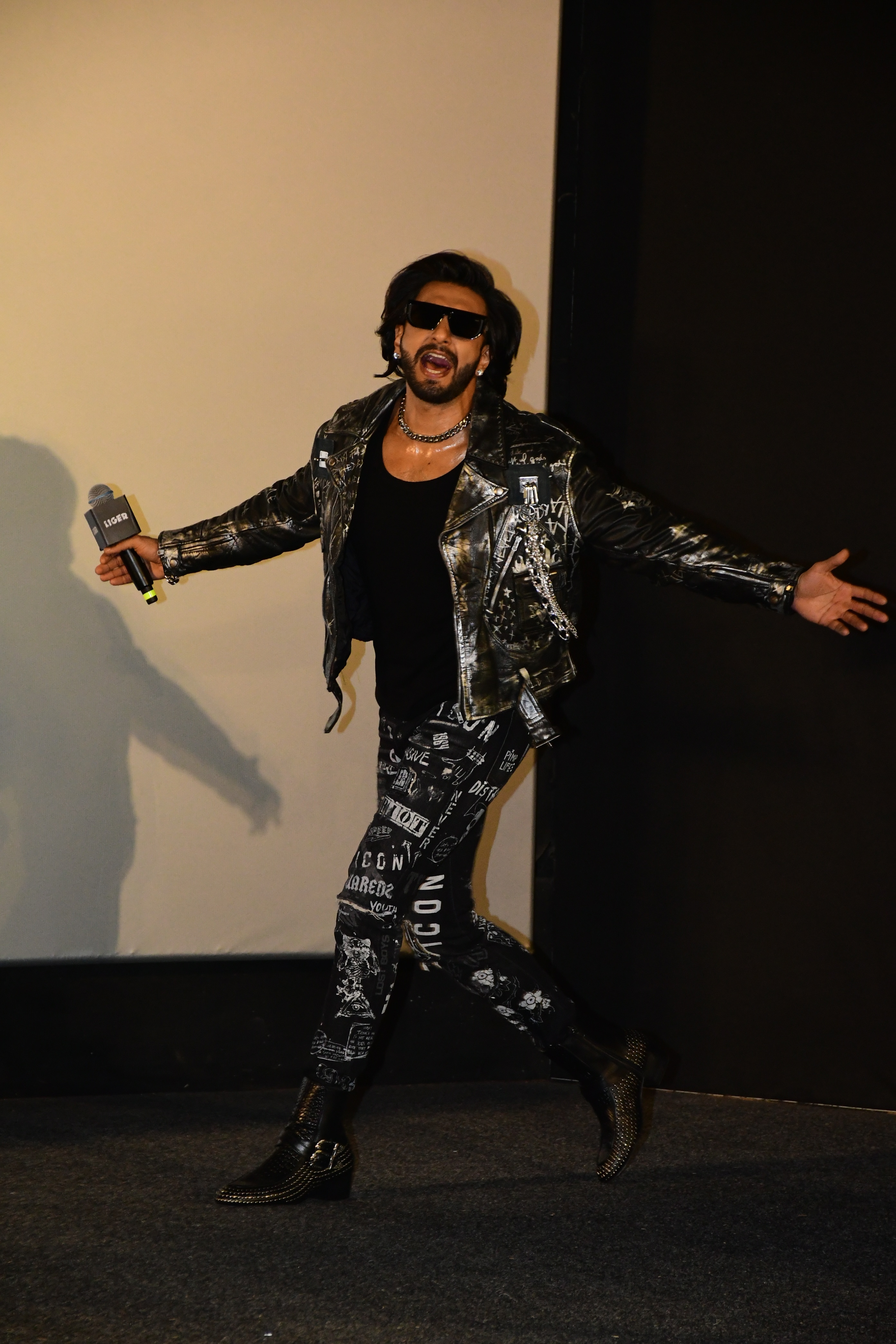 This time, the melange of silver and black with the texture of leather added to his biker boy appearance. With his hair effortlessly pushed back and that signature Mr. Singh charisma he brought to the event, it was hard to pull our eyes away from him onto the actual stars of the film.

(Also Read: In Sweatshirts And Track Pants, Ranveer Singh And Deepika Padukone's Airport Fashion Is Adorable As Ever)