Like the colour she chose, Janhvi Kapoor radiated pure sunshine with her ethnic look 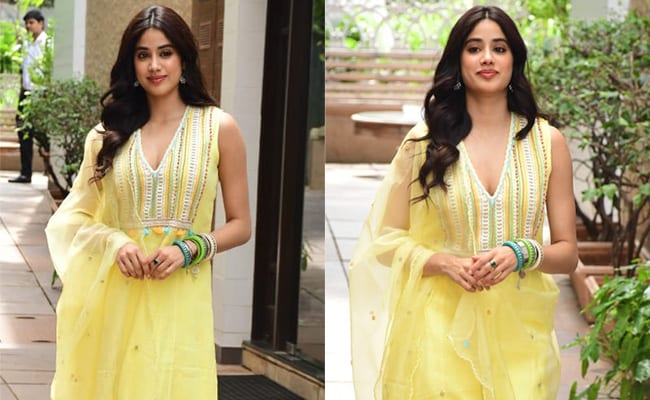 Has Janhvi Kapoor been busy or what! These days, the Bollywood actress has been out and about in Mumbai promoting her movie Good Luck Jerry. If you've been following her promotional style as closely as we have, you'll know that Janhvi's fashion choices have been fitted, fabulous and as bold as they come, especially in recent times. From sequin gowns with plunging necklines to bodycon jumpsuits that fit like they've been stitched onto her body, nothing has been off-limits for the actress, as far as her sartorial selection is concerned. So when we spotted Janhvi Kapoor doing a complete 360-degree turn in an ethnic outfit, it came as quite a pleasant surprise. 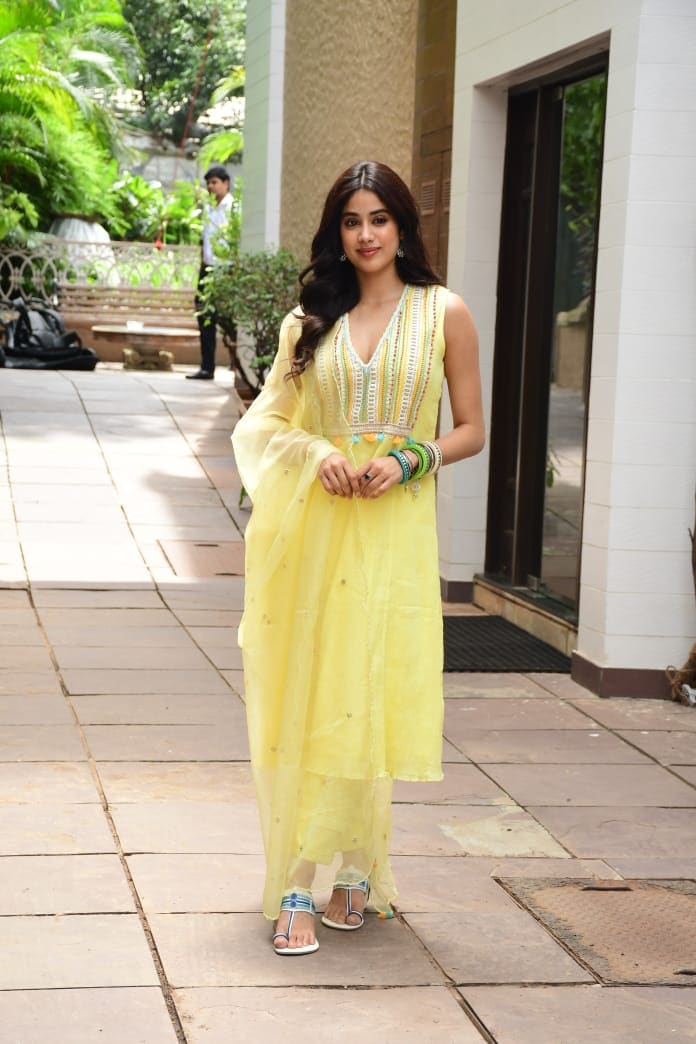 (Also Read: 'Good Luck' Trying To Keep Your Eyes From Shutting When You See Janhvi Kapoor Dazzle Away In A Golden Gown)

The young Ms. Kapoor was seen on a casual day out in the city of Mumbai wearing a yellow coloured salwar kameez. In a light pastel shade of yellow, the sleeveless kurta had an embroidered yoke with tassels across it in shades of yellow and blue. Draped over Janhvi's shoulder was a sheer yellow dupatta with butti embroidery over it. Completing the salwar suit was a pair of wide-leg cropped trousers. Janhvi wore the outfit with white and blue Kolhapuri sandals. She also matched it with ethnic jewellery of colourful bangles on her wrists and dangling earrings in her ears. 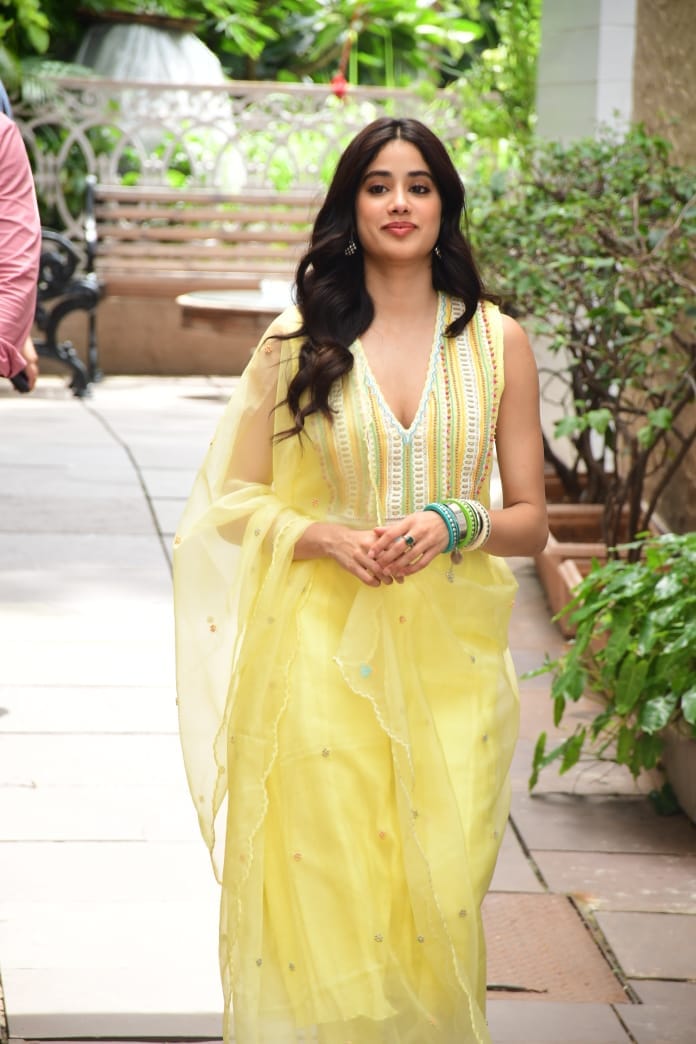 Janhvi's ethnic makeup look included a set of darkly defined eyes with rosy cheeks and a neutral lip. Her hair was centre-parted and worn in curls. Like the colour she chose, Janhvi Kapoor radiated pure sunshine with her look.

(Also Read: Rainy Days, We Raise You One Gorgeously Vivid Look By Janhvi Kapoor In A Multicoloured Printed Maxi Dress)