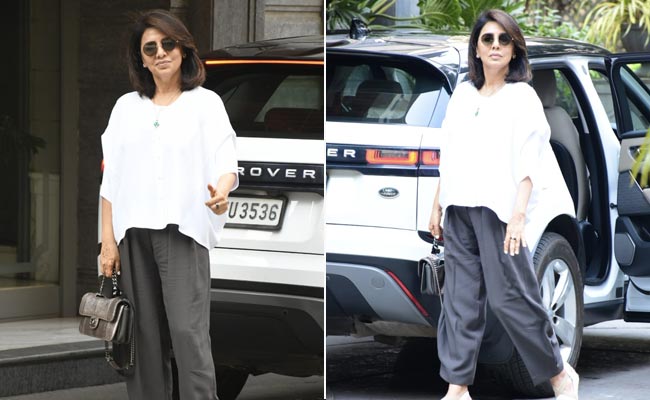 Neetu Kapoor steps out in the city

Neetu Kapoor has had quite the eventful April already. Last week after months of rumours swirling, her son Ranbir Kapoor married fellow Bollywood star Alia Bhatt. After a courtship of 5 years, the couple married at Alia's residence in a low-key ceremony, both clad in Sabyasachi outfits. And their families didn't let the fashion quotient dip either. From mother of the bride Soni Razdan to mother of the groom Neetu Kapoor, their families kept their ethnic style on point. After days of dressing up in multicoloured sarees, sequined jumpsuits and shimmering lehengas, Neetu was captured by the cameras stepping out in the city wearing an understated muted look today. A definite change from what we've seen her don all of last week! 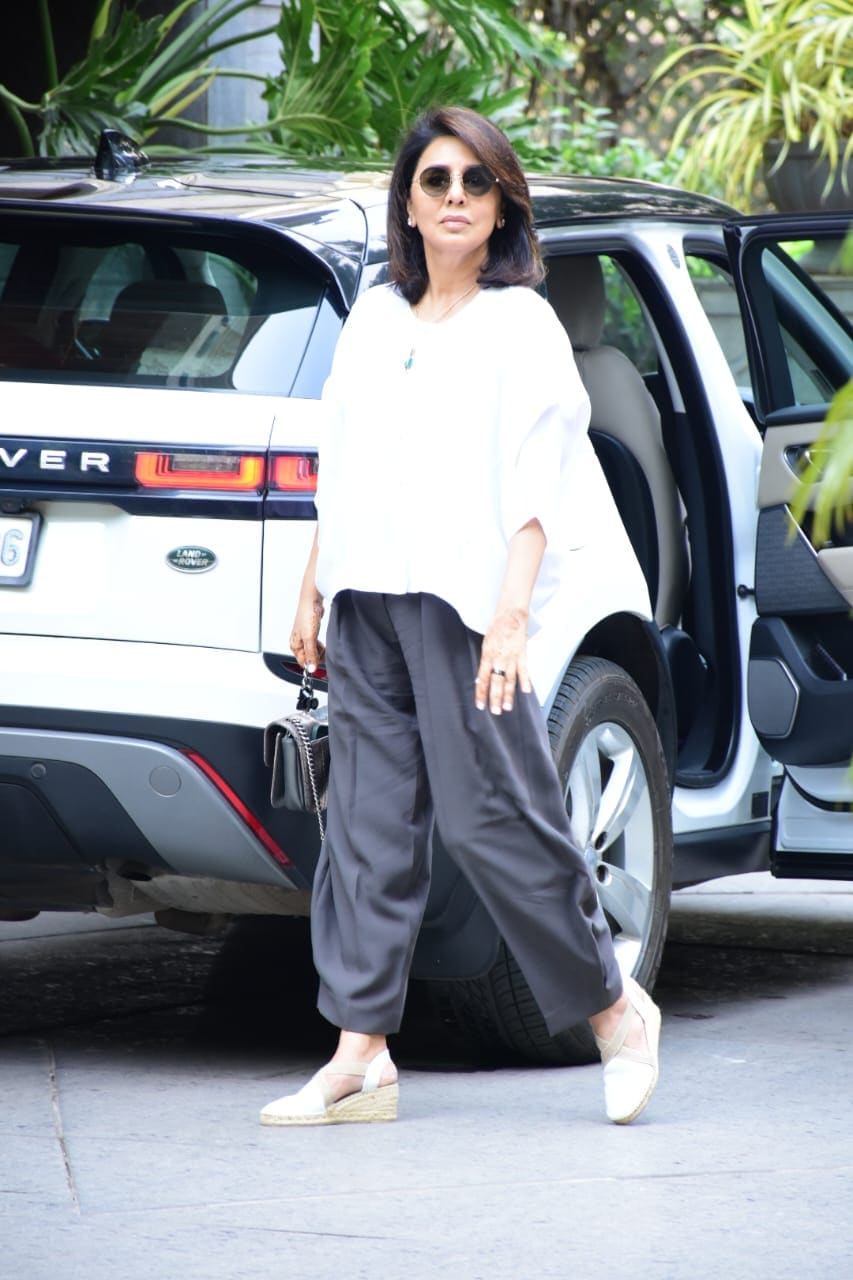 Neetu Kapoor in the city

(Also Read: Kareena Kapoor In A Sparkly Lehenga Shows Us Who Bollywood's Real Fashionista Is)

Neetu opted for a flowing white oversized tunic which featured buttons down the front and slouchy shoulders and cutaway sleeves. Over it was a necklace with a blue stone pendant. Neetu donned it with wide-legged black trousers that were roomy and perfect for a hot afternoon like this one. A pair of cream and white espadrilles tied around her ankles sealed the summery look. 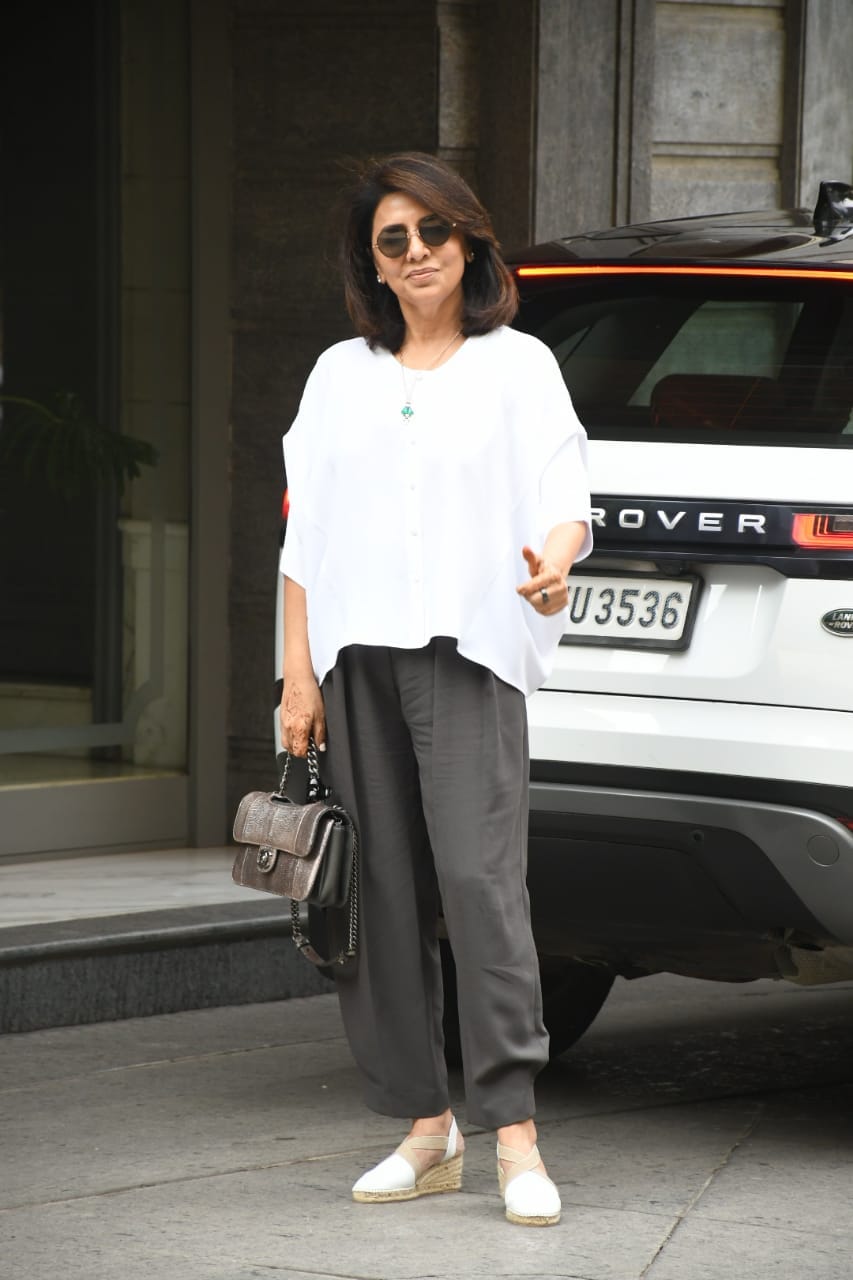 In her hand was a metallic Chanel bag which she held by the chain strap and matched the brown hue of her sunglasses perfectly. But it was not without her trademark long bob hairstyle, worn sleek and blown out. The Bollywood personality attended a birthday celebration for Babita Kapoor, which also had Kareena Kapoor, Saif Ali Khan and Karisma Kapoor in attendance. It definitely must have been a stylish gathering!