Whether she's on the red carpet or off it, Aishwarya Rai always has our attention 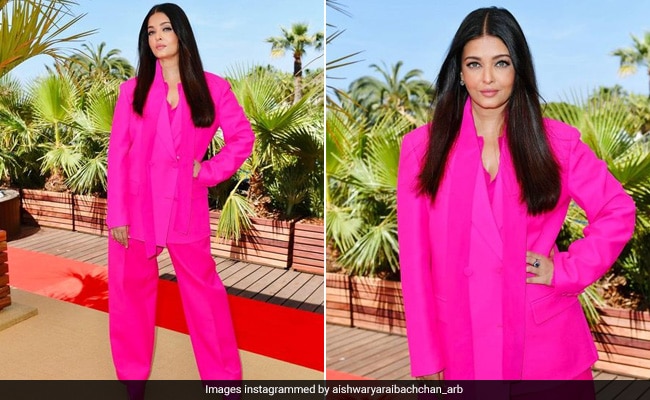 Aishwarya Rai is best known for ruling the red carpet when she arrives at the Cannes Film Festival. After all, she has been doing it for the past 20 years. But what about off of it? The critically acclaimed festival has a number of press appearances and photocalls for celebrities to attend when they aren't walking the red carpet. So when that's on Aishwarya Rai's agenda at the French Riviera, of course she totally nails it with her fashion quotient. For her first appearance at Cannes 2022, the superstar came to play in a hot pink look that stole the show from the second we laid eyes on her.

Aishwarya sported an entirely pink ensemble that was entirely designed by Valentino from top to toe. She picked a power suit in an almost fluorescent shade of pink which consisted of a double breasted oversized blazer and flared pink trousers with a sash around the neck. A pink shirt in the same shade was paired with this look. The piece de resistance of Aishwarya's outfit was her pair of pink platform pumps, also by Valentino. 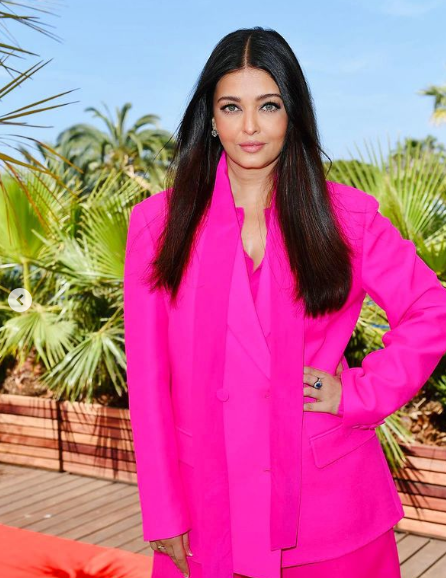 The stunner wore her brunette locks straight and parted down the middle. For makeup, Aishwarya went with black flicked out eyeliner and full lashes. Her blush laden cheeks were the centrepoint of her beauty choices and she completed it with a muted nude lip. Whether she's on the red carpet or off it, Aishwarya Rai always has our attention. 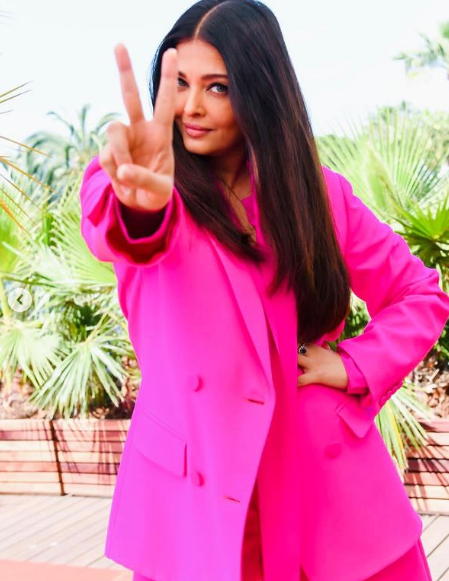