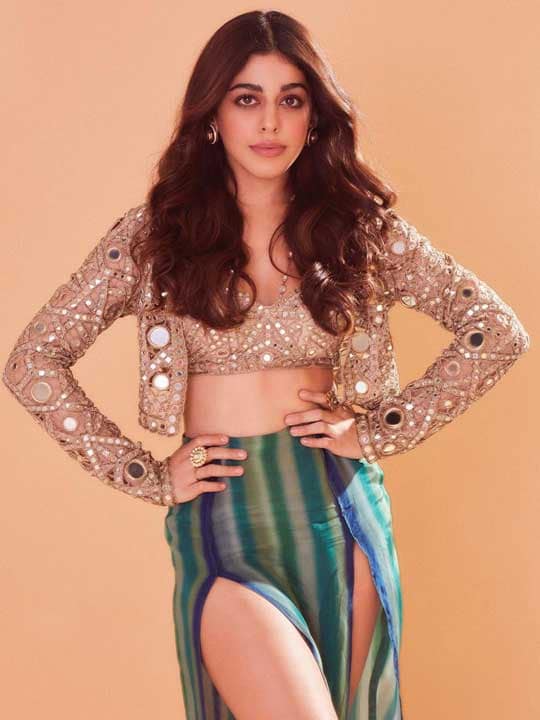 Alanna Panday is back in her beachwear (Image Credit: AlannaPanday)

Alanna Panday is the only celebrity you need to follow if you are looking for some beachwear inspiration. Alanna, who is actress Ananya Panday's cousin, is seen in a series of stunning beachwear looks during her recent trip to Arizona. In her latest photo, Alanna is wearing a co-ord set. And, oh boy, she has nailed it. The sheer pants feature ruffle detailing on the sides, adding some drama to the outfit. She kept it simple with the accessories by opting for dainty earrings. Her makeup had a sunkissed appeal and she left her hair open.

Alanna seems to love variety and she showed us how she loves to change up her beachwear looks frequently. On this trip, the diva was also seen in a leopard printed sarong, which she wore over her white bikini. Here too, she left her hair open and chose simple hoops for earrings.

On another occasion, Alanna is seen in a beige maxi skirt set with some cut-out detailing. She kept the whole look in one single tone by opting for some nude make up.

In another one, Alanna picked a lilac strapless bikini top paired with a matching sarong wrap-around skirt. The skirt featured a thigh-high slit adding some oomph to the number. She opted for dewy makeup and refrained from tying up her voluminous tresses. For jewellery, she chose a simple chain, hoop earrings and a thin anklet.

Alanna also showed us what she would pick for a day-in versus a day-out in a fun Instagram Reels. In the video, she is initially seen in an oversized sweatshirt and sweatpants. Her hair was tied up in a messy bun. But post the transition, she is seen in a fuschia green outfit with cutout and tie-up details all along one side. She paired it with matching heels which also had tie-up detailing.

We cannot wait to recreate some of Alanna's looks as soon as we can step out and hit the beach.

(Also Read: Is That Tarzan's Jane Or Alanna Panday In A White Bikini?)