Bollywood is no stranger in bringing their A-game to the airport when they're travelling. Whether it is in cool athleisure picks or simple ethnic suits and sarees, Bollywood has time and again proven that the airport is yet another stylish hangout spot and Alia Bhatt is proving that travel blues can be oh-so-chic too. As she arrived back in town, she was seen in a monochrome blue look complete with a blue form-fitting Zara bodysuit paired with spunky leather trousers of the same colour from Misguided. The trousers get spunkier thanks to the slits on the front that helps us take a peek at her fuzzy Louis Vuitton slides. But a little colourblock never hurt nobody and from Alia Bhatt's extensive collection of handbags, a pink Dior Box tote worth Rs 2.8 Lakh made the cut to complete her airport look.

Also Read: Alia Bhatt Returns In Style With Her Casual Chic Rs 1 Lakh Balenciaga Tote On One Hand And Ranbir Kapoor On The Other 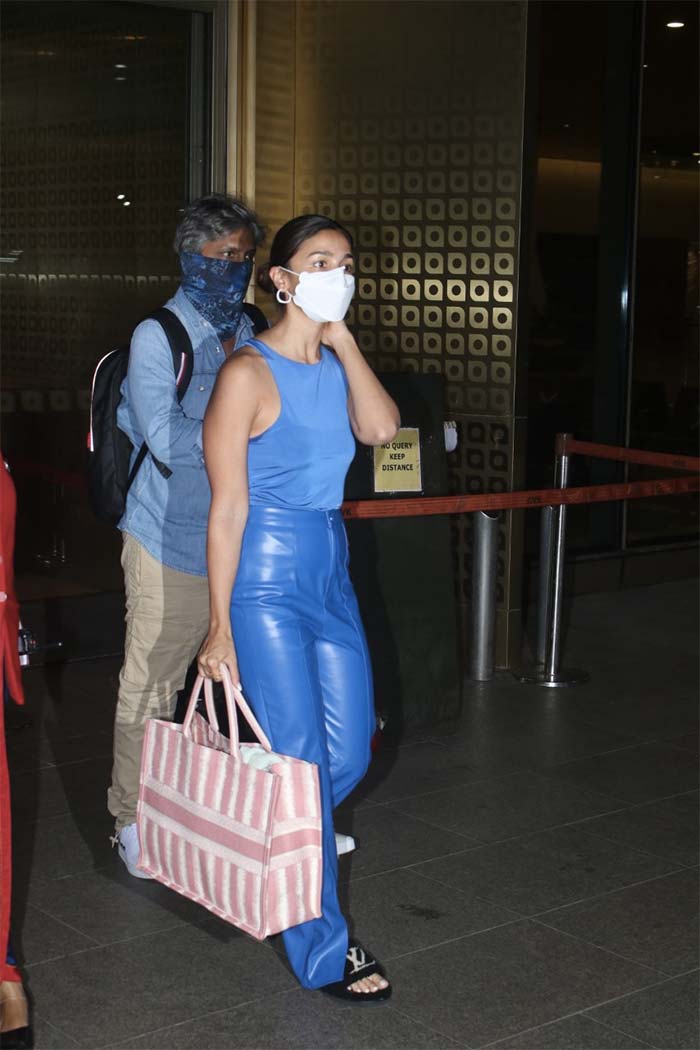 Alia Bhatt at the airport

Alia Bhatt's funky coloured pants are having quite a moment though and soon after she landed back in town, she was seen in a pretty pink pair of wide-legged jeans by Jacquemeus and we have to say that we loved how casual chic her look was. 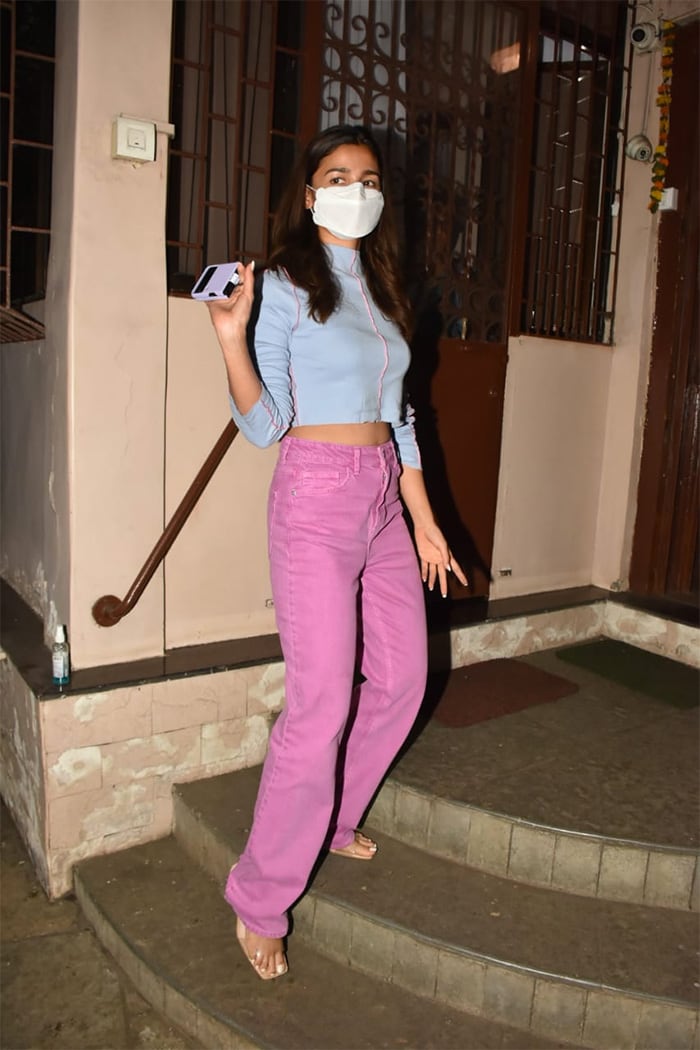 Alia Bhatt made the quite the stylish return when she arrived back in Mumbai hand-in-hand with rumoured boyfriend Ranbir Kapoor from Jodhpur after celebrating his 39th birthday. Alia Bhatt was seen in a colourblock crop top and comfy wide-legged jeans with a white blouson shirt paired over it. Along with it was her very stylish and edgy Balenciaga canvas tote bag worth Rs 1 Lakh that made travelling not just easier but also chic as well.

Also Read: All Alia Bhatt Needs To Say Goodbye To Monday Blues Is A Crop Top And Blue Jeans 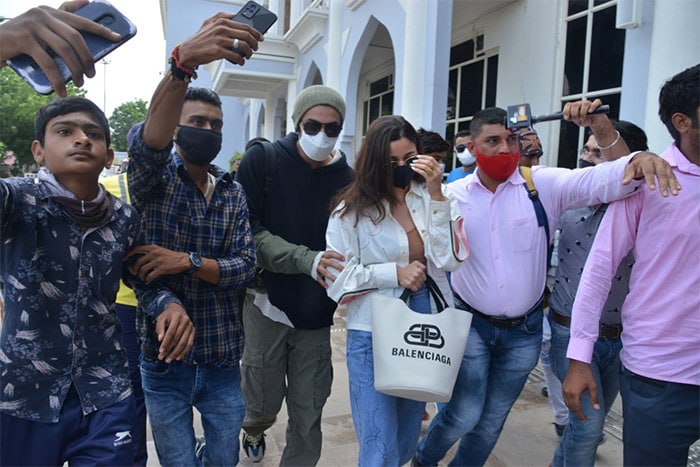 Earlier this year, Alia Bhatt made yet another trip to Maldives with Ranbir Kapoor and she was spotted with yet another Dior Book tote only this time in an ivory toned one which matched her all-white summer chic airport look perfectly. 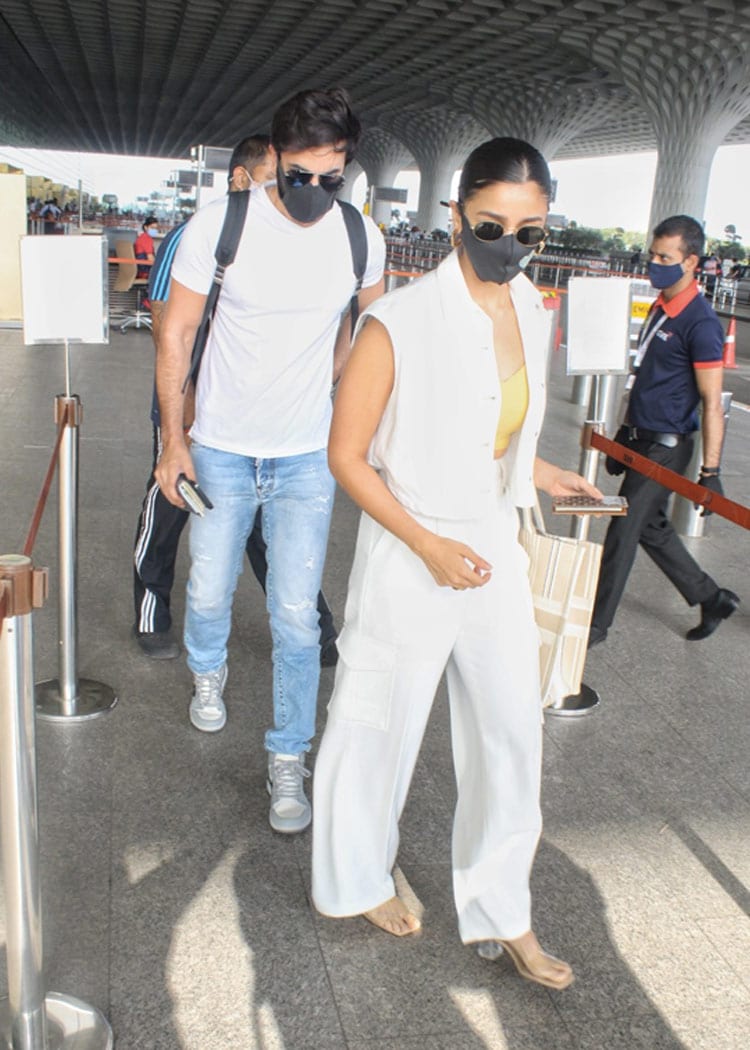 Also Read: Alia Bhatt Looks Chic In A Black Sweatshirt With A Cap And Its All Because Of Ranbir Kapoor