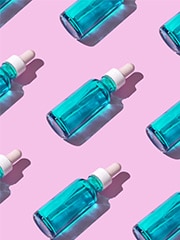 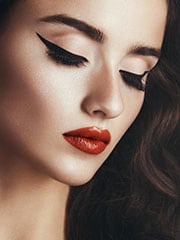 All That Glitters Is Birthday Girl Gigi Hadid, And Sister Bella, Painting The Town Gold

Gigi and Bella Hadid have proven time and again that they really are best friends. On Gigi's 23rd birthday, the girls proved that once again 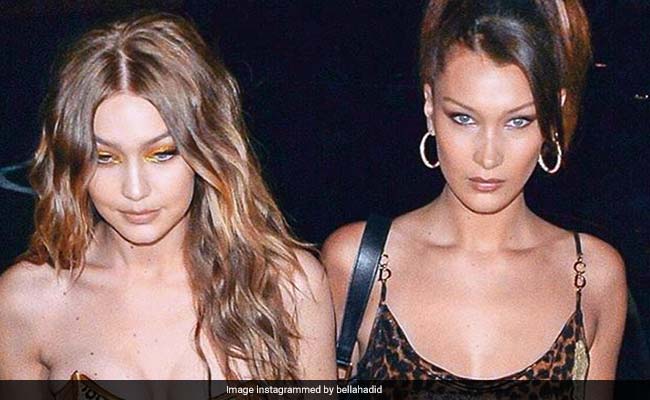 Gigi Hadid turned 23 on April 23. The American supermodel along with her younger sister Bella Hadid and their friends, celebrated Gigi's 'golden birthday' in a way that was entirely apt - by having a gold-themed party. Gigi and Bella Hadid might be slightly more than a year apart, but these two sisters have proven time and again that they really are best friends. On Gigi's 23rd birthday, the girls proved that once again when they stepped out in their gold theme-inspired dresses that perfectly complemented each other's as they walked out of Gigi's New York apartment. Gigi picked a gold Atelier Versace dress and Bella wore a vintage Dior slip dress - despite the difference in designer and style, there was no denying that they worked well together and both options fit the evening's 'golden birthday' theme.

The birthday girl, Gigi, shone bright in a gold strapless bodycon dress embellished with gold thread and discs. Her gold minidress was perfectly complemented by her gold eyeshadow and natural golden-brown waves. She also wore a pair of gold Louboutin pointed shoes.

Here's a picture of Gigi, up close and personal before her party, shared by her hairstylist, Bryce Scarlett. Her golden eyeshadow really shines through.

Bella Hadid, playing a supporting role to the birthday girl, made quite an impact in her vintage leopard print slip dress from Dior with gold floral embellishments. She was certainly hard to miss or ignore. To match the vibe of her vintage body-hugging dress, Bella went with a side-parted high ponytail and golden hoops.

Here's a picture Bella shared of herself and Gigi walking into the venue for the party together. Don't miss their perfectly golden heels.

Bella and Gigi's mom, Yolanda Hadid, was also present at the party and shared a picture of the three of them together. Yolanda was also wearing a gold bodycon dress. Hard to miss in this picture is Bella's change of shoes. She seems to have swapped her golden heels for a pair of black combat boots at some point. Comfort over everything, right?

Here's a little video of Gigi Hadid enjoying her birthday party that reportedly took place at Brooklyn Heights Social Club at 1 Hotel Brooklyn Bridge. It was shared by her stylist, Mimi Cuttrell.

Has Gigi Hadid's 'golden birthday' party given you some ideas for your own yet? We're definitely taking down points on how to have a rad birthday party.