Another Day, Another Perfect Outfit On Priyanka Chopra

Priyanka Chopra has pulled out all these fabulous outfits in just one week. Cannot deal

If there's one thing we know about Priyanka Chopra, it's that the woman knows how to dress. Albeit thanks to her rather talented stylist, Mimi Cuttrell, Priyanka Chopra is now easily amongst the best dressed women in the world. There isn't a day that goes by when Priyanka fails to impress us with her sartorial choices (especially when she's walking the streets of New York). The Ralph Lauren fashion show held just a few hours ago in New York was no different. Priyanka looked absolutely stunning in a shimmery gown from Ralph Lauren at the New York Fashion Week show - but she wasn't the only one who looked this perfect. Her fiance Nick Jonas who accompanied Priyanka for the show looked just as dapper and suave as she did elegant and chic.

For the Ralph Lauren fashion gala, Priyanka chose to wear a metallic effect Ralph Lauren gown. She kept the rest of her look simple with diamond drop earrings and her hair up in a simple bun. Nick Jonas looked sharp in a white tux from Ralph Lauren's Purple Label collection. 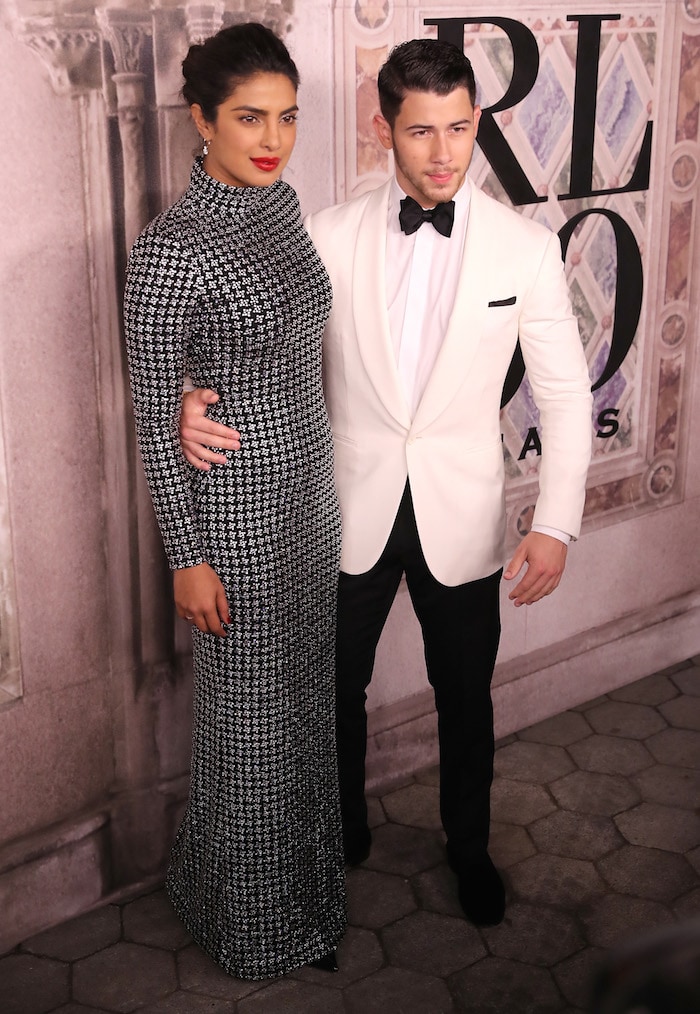 Ahead of her rather impressive appearance at the Ralph Lauren show, Priyanka Chopra attended the Kate Spade show at New York Fashion Week. For the show, Priyanka chose to wear a printed blue turtleneck dress from Kate Spade itself. She paired the dress with a pair of matching blue sunglasses, a sliver cut-out bag and a pair of silver stilettos. She went for a top knot bun and nude makeup to complete her look. 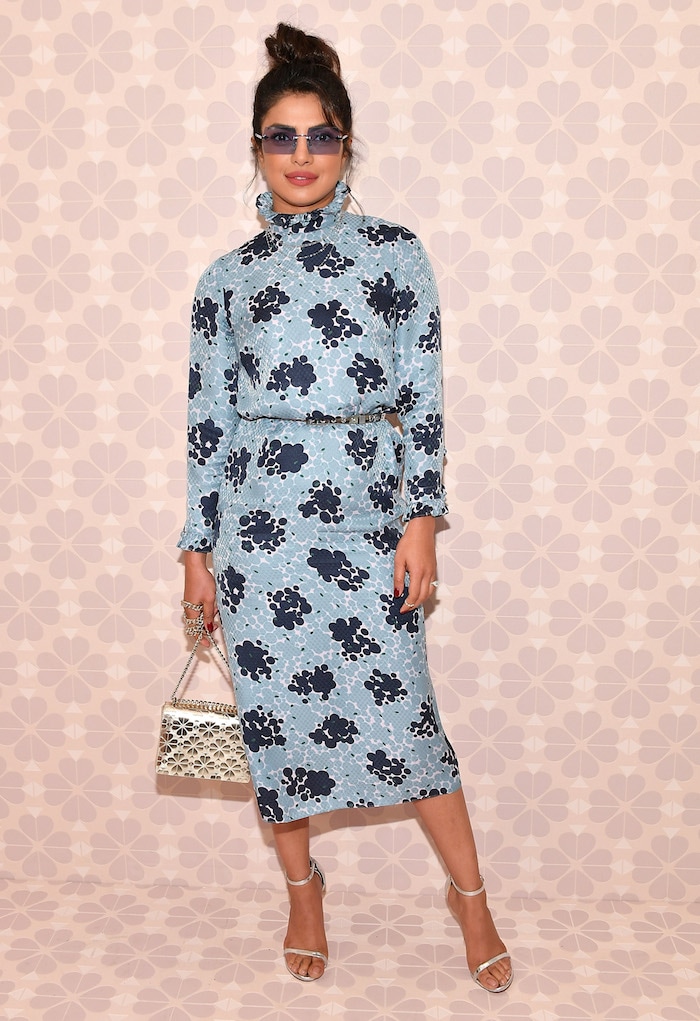 Priyanka also attended the 6th edition of the Daily Front Row Awards in New York on September 6. For the event, Priyanka chose a black Dion Lee number with a cutout waist and oversized tassel detail at the hem. She wore a pair of black pumps, drop down earrings and went with neutral makeup to complete her look. 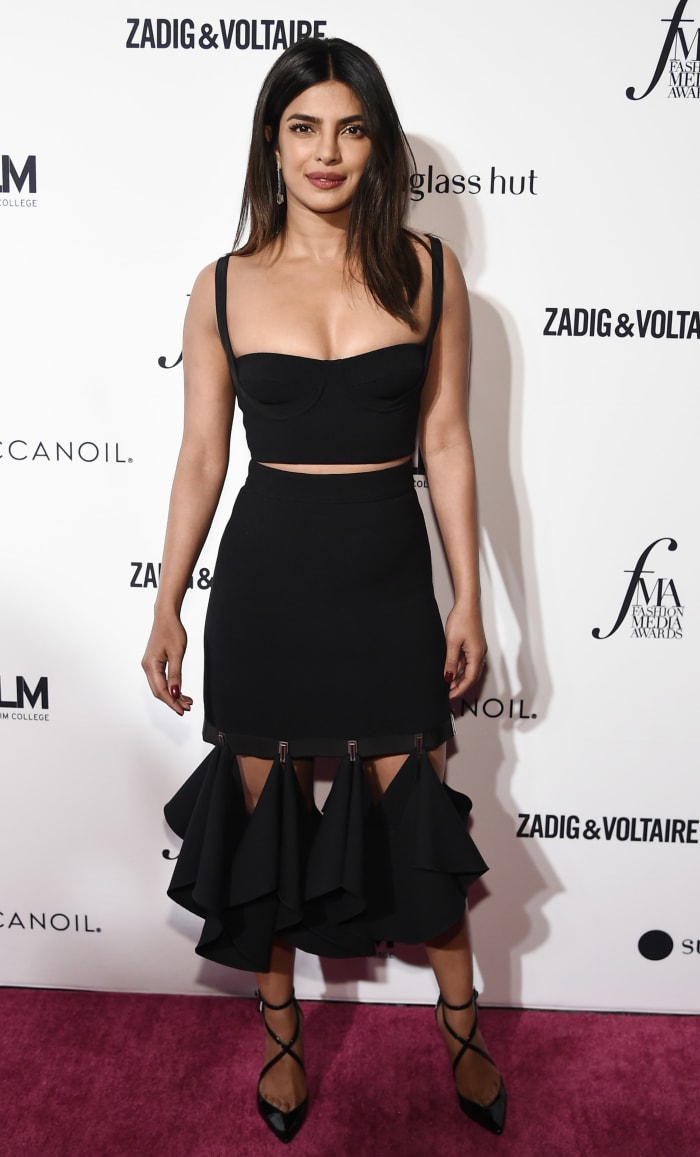 Prior to attending all these events in New York, Priyanka was spotted just walking around the city being her fabulous self. Priyanka was spotted earlier this week wearing a yellow cami from Cami NYC which she paired with a printed midi, slit skirt from Veronica Beard and a pair of mustard-yellow mules from Chloe Gosselin. Cannot deal.

Priyanka was also spotted outside her NYC apartment, out for a stroll with her dog, Diana. Priyanka stepped out looking like a million bucks in a pair of ripped blue jeans, a lilac crop top and a sheer lilac jacket to go on top. She teamed the outfit with a pair of yellow Manolo Blahnik shoes.

And then, of course, there was the Fendi outfit Priyanka wore for the US Open match in New York which she attended with her fiance Nick Jonas, her mom Madhu Chopra, Nick's brother Joe Jonas and his fiancee Sophie Turner.

One week and all these fantastic outfits. We need blue light blocking glasses, because Priyanka Chopra's style choices are too lit to handle.