We're not surprised that Anushka Sharma and Virat Kohli enjoy hearty meals in London but without her Prada handbag as third wheel! 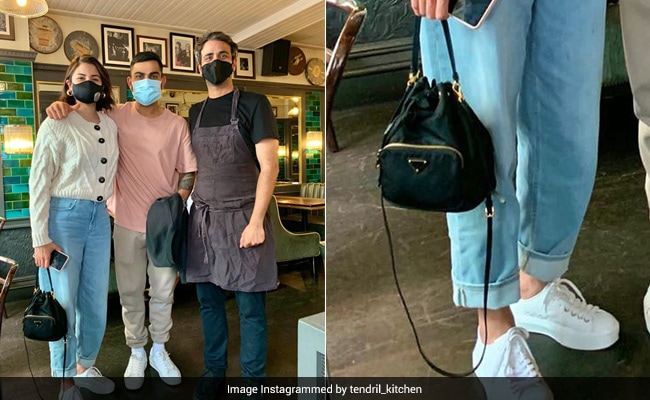 Winning against England is a celebration of its own and we're sure Virat Kohli wouldn't pick anyone else but wifey Anushka Sharma for a time to celebrate. Now obviously, a time to celebrate would be best at a plush London restaurant and that is exactly what this power duo did post the win. The couple head out to a fabulous vegan meal in London and truly went to town with their food. Their laidback personalities truly shone through their outfits that have been a winner their entire time in England. Virat kept it summery in a loose peach t-shirt and beige track pants while Anushka's trusted jeans came to her rescue as usual paired with a white cardigan and her very envious Prada Duet Leather Shoulder bag worth Rs 3 Lakh. Under Virat's captaincy, nobody can beat India on the field and we can say the same when Anushka comes to play with her casual chic dressing.

A post shared by A (mostly) vegan kitchen (@tendril_kitchen)

Swirlster Picks Bucket Bags For You 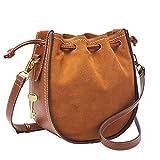 Anushka Sharma's time in London could be a screenplay for the sequel to The Sisterhood of the Travelling Pants because we have never seen a pair of jeans travel better than they have with Anushka. Her wide legged jeans ripped jeans paired with a white tee and her Louis Vuitton Mini Soft Trunk bag worth Rs 5 Lakh is what her summer style in London has been about.

Anushka Sharma is not an ordinary mom, she is a cool mom and her uber cool mom jeans are proof.

Also Read: Anushka Sharma And Her Daughter Vamika Are Painting The Town Pink In England

When Anushka Sharma has her jeans as company, she isn't the only one who is always all smiles then; it is also her sweatshirt from Drew House and we agree completely.

Also Read: Anushka Sharma's OOTD Is The Epitome Of A Casual Cool Mom On The Go