Anushka Sharma Shows Us How To Nail Standout Brocade Pants

Because brocade is not just for ethnic dressing 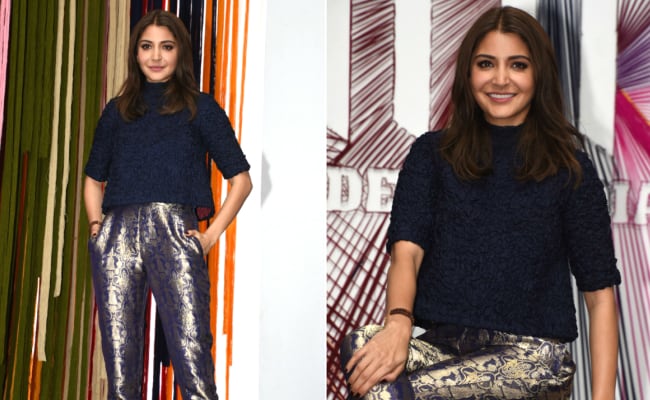 When it comes to nailing ethnic dressing, most of us love to pick luxurious brocade to look our stylish best during weddings or special family functions. The rich silk fabric with intricate patterns works instantly to spruce up one's look. Be it a stylish blouse, showstopping lehenga and sarees, or an ethnic suit, brocade continues to be a favourite in the fashion world. But if you thought that it only held a precious spot in the ethnic wardrobe, think again! Bollywood actress Anushka Sharma is surely proving that there are many more stylish ways to make use of brocade.

Anushka is currently busy with the promotions of her upcoming film Sui Dhaaga with co-star Varun Dhawan, and it seems like she is not missing out on the opportunity to sport trendy looks and set style inspiration for her fans. Anushka's recent look was an instant hit, as she grabbed all attention by sporting a pair of chic brocade trousers. The statement making pants from Raw Mango had patterns in shades of metallic silver and navy blue, which added all the oomph to her look.

(Also read: There's No Getting Over Whites, Thanks To Anushka Sharma, Malaika Arora And Janhvi Kapoor) 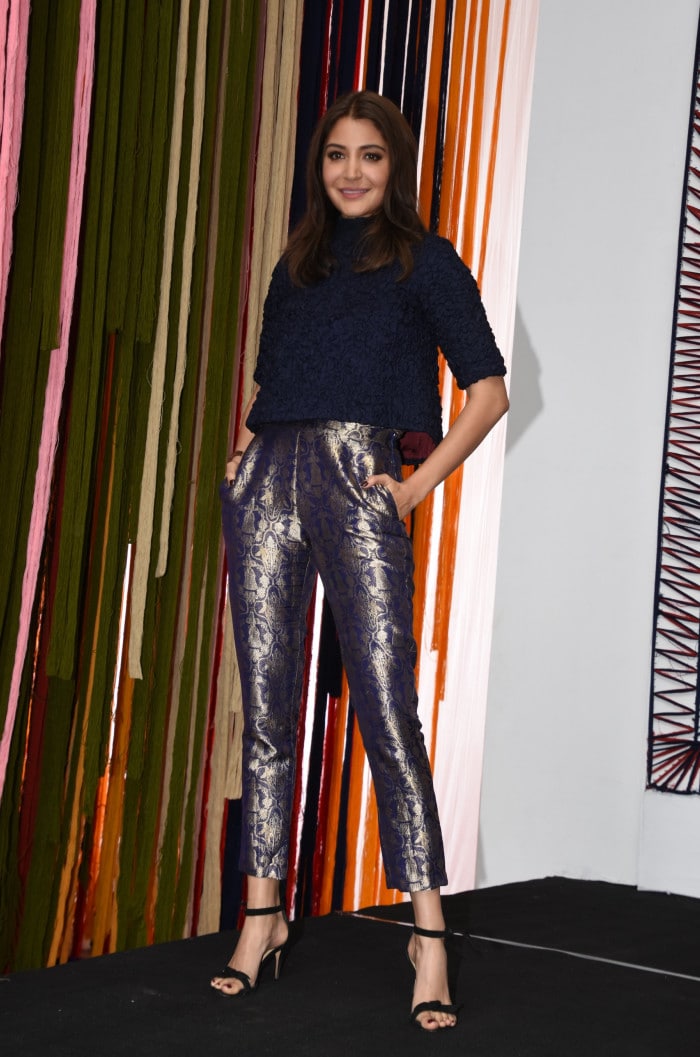 While some many shy away from shiny pants, Anushka proved that it's really not tough to nail. She perfectly teamed it with a textured navy blue top and a chic black Alexandre Birman sandals to balance her look and keep the attention on her pants. Anushka also kept the rest of her style minimal, going for dewy makeup, pink lips and blow-dried hair to get it on point. 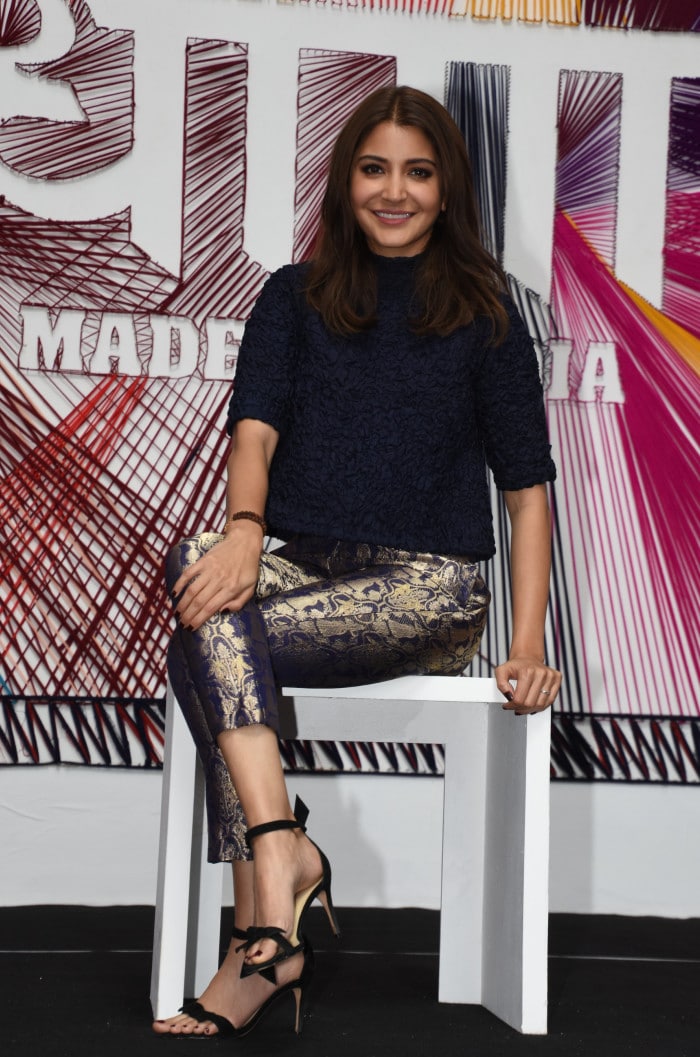 It's not the first time when Anushka has dared to experiment with brocade and make it a part of her Western wardrobe. Remember the time she made a strong case for brocade jackets? For an event, Anushka had turned up in a luxurious brocade jacket by Roberto Cavalli that had a black base and gold weave patterns.

It's time to turn to brocade and have some fun. For statement making looks, include brocade in your style wardrobe and nail it like Anushka Sharma.