After charming the world with her wit as Mrs Funnybones and through the many tales in her book The Legend Of Lakshmi Prasad, Twinkle Khanna unveiled her third book and first novel, Pyjamas Are Forgiving, in Mumbai yesterday. Sure enough, many of Twinkle Khanna's Bollywood friends came out to support her in what one can only imagine to be a landmark event for this former actor and current film producer and author. As goes with any event that involves Bollywood stars, everyone came dressed to impress. Twinkle Khanna looked spectacular as ever, but leaving us awestruck with their sartorial choices were also Ranveer Singh and Sonam Kapoor - and of course, Twinkle Khanna's husband, Akshay Kumar.

Twinkle Khanna went for an outfit that made sure she stood out. After all, it was her moment. Twinkle chose to wear a multi-coloured stripe print midi dress. We love that she went with minimal accessories and a pair of simple golden stilettos with this vibrant number. 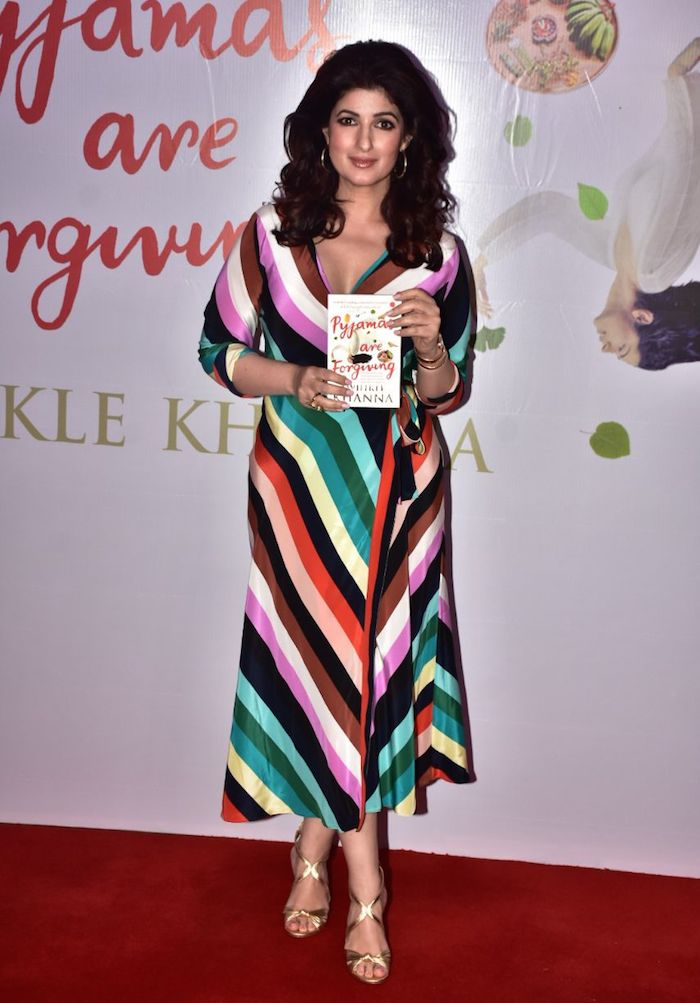 While it's usually the women whose fashion choices are noticed more intricately and scrutinised, when it comes to Ranveer Singh, this generic rule can be thrown aside. It's hard to miss Ranveer Singh on any given day, seeing as he never shies away from experimenting in the style department. It was no different for the Padmavat actor at Twinkle's book launch. Ranveer chose to wear a black and green suit with a circular print. He paired it with a black t-shirt, black shoes and a black hat. His thick framed black glasses and moustache really added to Ranveer's old world charm. Sonam Kapoor's choice of outfit was far more subdued, but it did have a subtle print on it. It was the evergreen checked print. Sonam chose to wear a grey co-ord set from Anaam which she paired with a charcoal grey checked blazer. We're loving the mono-tonal outfit on Sonam. 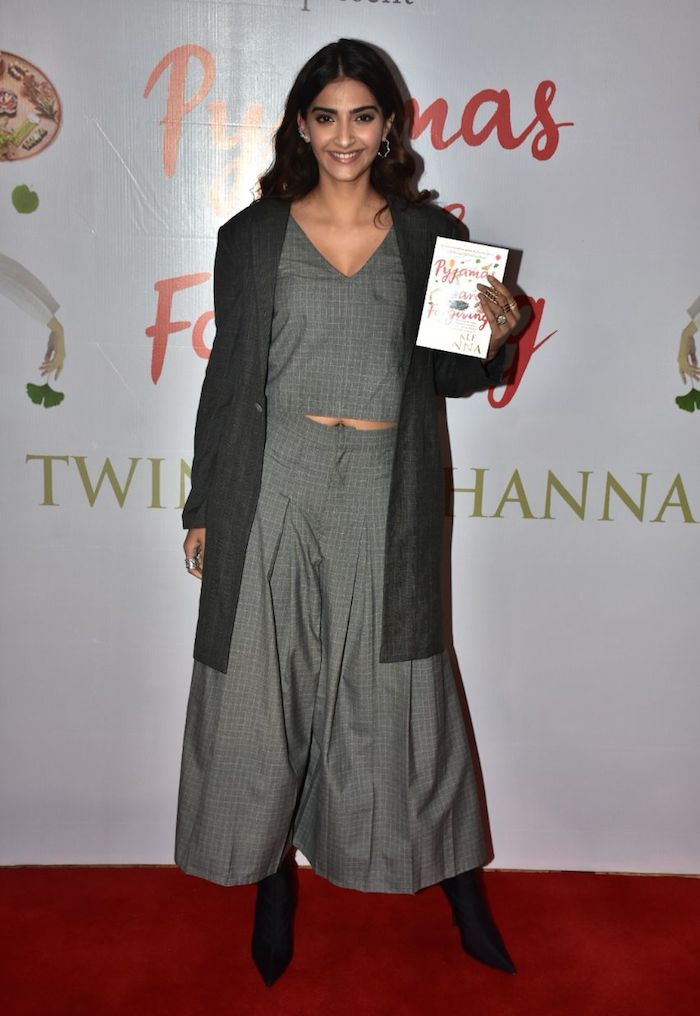 Akshay Kumar might have forgone the print, but he did make sure to add a pop of colour to his outfit in the form of his pink pants. Akshay looked rather suave in a pair of pink pants, pink shoes and a crisp white shirt. Can't wait to see what Twinkle Khanna has in store for us with her latest book. Going to get our hands on a copy, STAT.