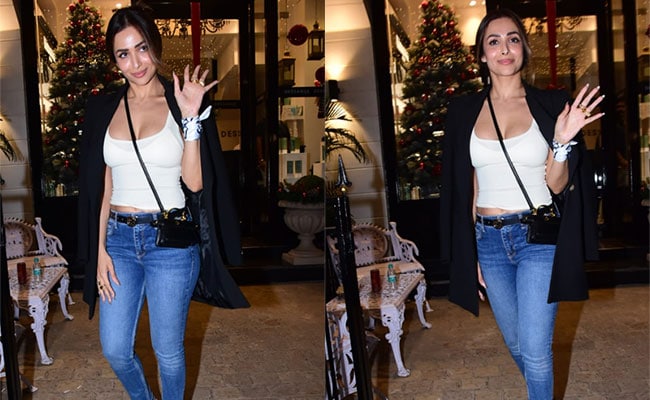 They say that Mumbai winters are practically non-existent but we beg to differ. Even if the temperature drops just a degree or two, it's enough for Mumbaikars to tweet about how cold it is and snuggle up with a mug of hot cocoa. Malaika Arora is tackling the Mumbai winter more practically and fashionably, too. The Bollywood personality will soon be seen on her own reality TV show Moving In With Malaika but before we catch her on our screens again, it's style inspiration for winter that she brings. 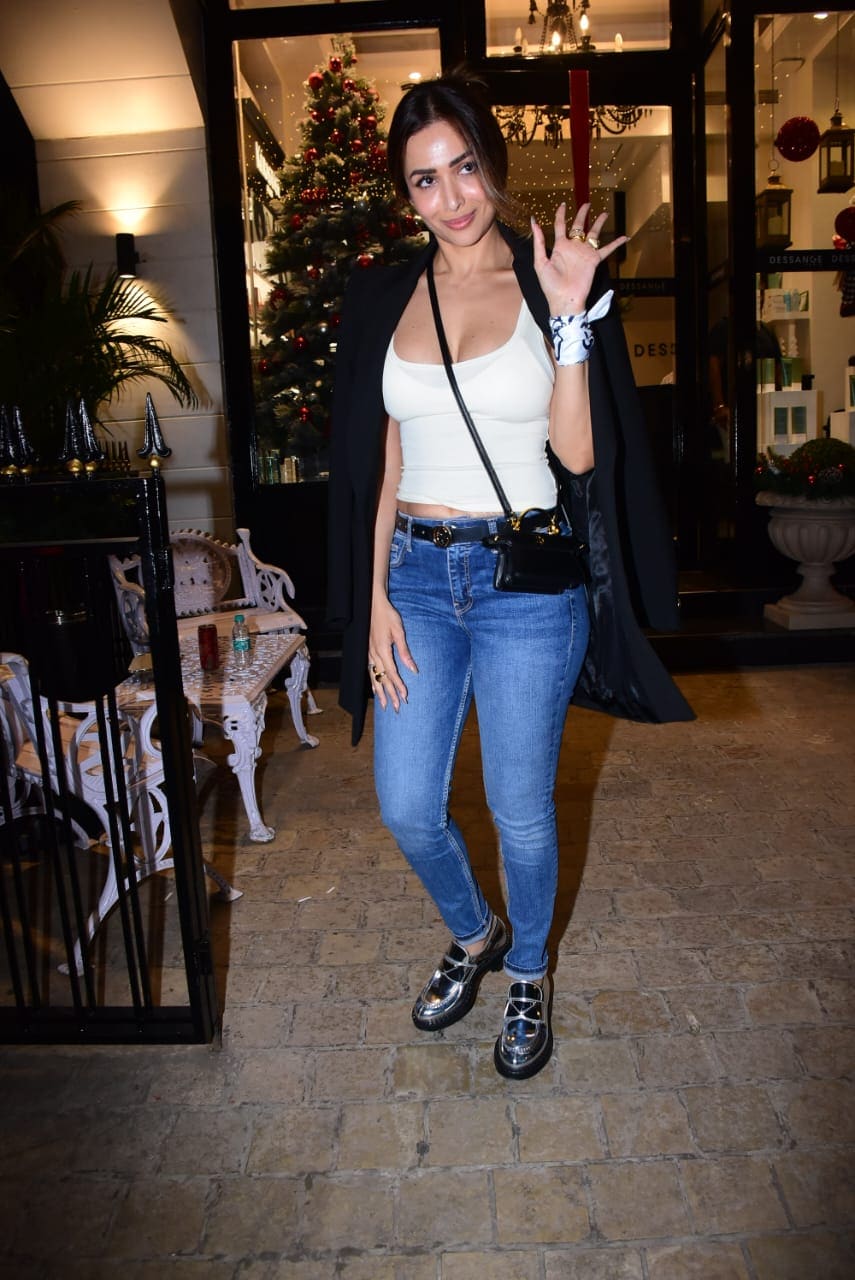 Malaika was snapped in the city recently wearing a white sleeveless tank top which she paired with a fitted pair of blue skinny jeans and a black Gucci belt. Propped over her shoulders was an oversized black blazer, which was the much-needed layer of this outfit. For accessories, Malaika wore a black mini bag slung across her body and paired it with metallic silver brogues. The addition of a scarf tied around her wrist was part of her outfit too. 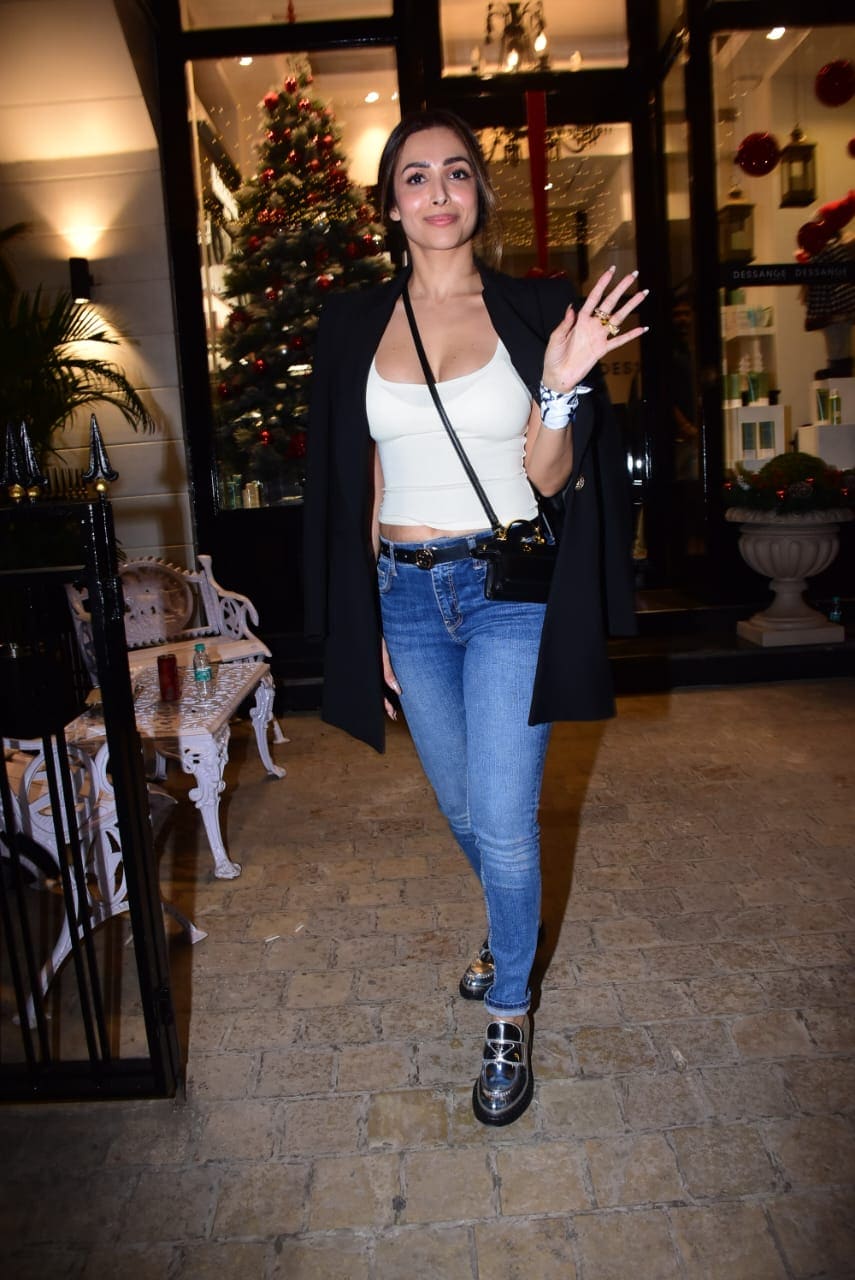 While Malaika's hair was tied back loosely, she opted for a luminously highlighted complexion. With coral tones on her eyes, she matched it with a pink lip and dark brows. Mumbai winters don't generally get too icy so Malaika's addition of a simple blazer to an otherwise casual outfit is perfectly in tune with the season. Her makeup is pared down and the accessories all in black only make it look even more pulled together.