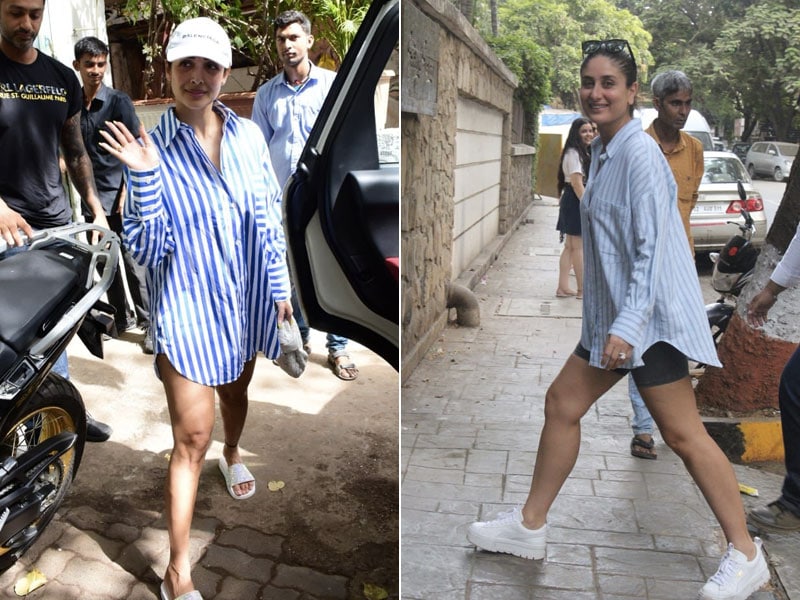 The hottest months of the year are upon us with soaring high temperature in the city that refuse to budge. The hot and humid climate leaves us no option but to dress in cool, breezy outfits. Bollywood divas- Kareena Kapoor and Malaika Arora just know how to tackle the rising temperatures, keeping the fashion game strong too. Not missing out on being trendy and uber stylish even in comfort wear, the actors show us their BFF's dress code in trendy oversized shirts teamed with a pair of denims as they are seen moving in and around the city. 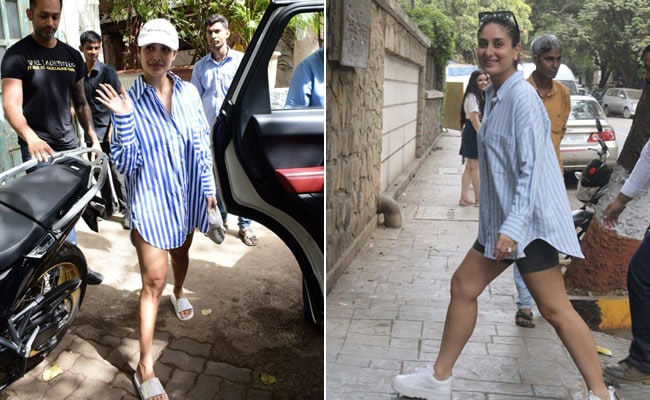 Beating the summer heat in the city are Kareena Kapoor and Malaika Arora.

Kareena Kapoor is known for her impeccable fashion and diverse wardrobe choices. The actor opted for a pinstripe icy blue button-down shirt for a bright sunny day in the city. The full-sleeved oversized shirt was a definite summer must-have for the hot days. Kareena teamed the shirt with a pair of dark blue shorts, oversized sunglasses and wore white sneakers to complete her smart casual look. Tying her mane in a sleek bun, the actor's no makeup look is refreshing for the season. 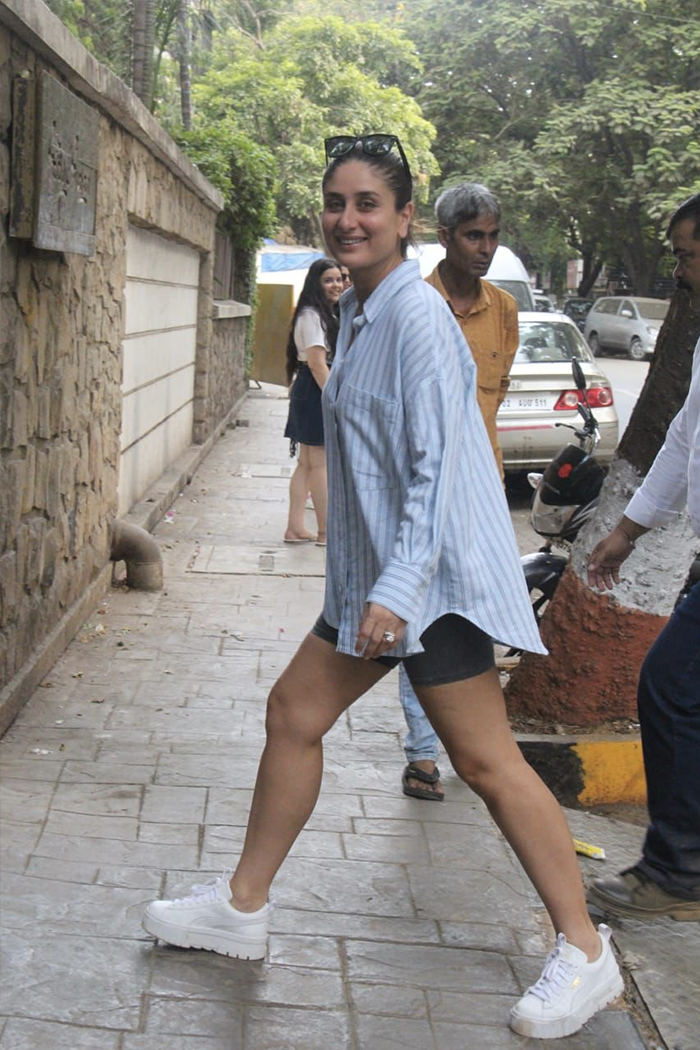 Malaika Arora's wardrobe choices are statement-making too. Her summer wardrobe deserves some separate attention. Keeping up with the summer trend, Malaika opted for a collared button-down shirt dress. The full-sleeved white shirt had vertical stripes in blue that looked stylish. The actor teamed the outfit with a white baseball cap and white flip flops. The actor had tied her mane in a sleek ponytail while wearing minimal makeup. 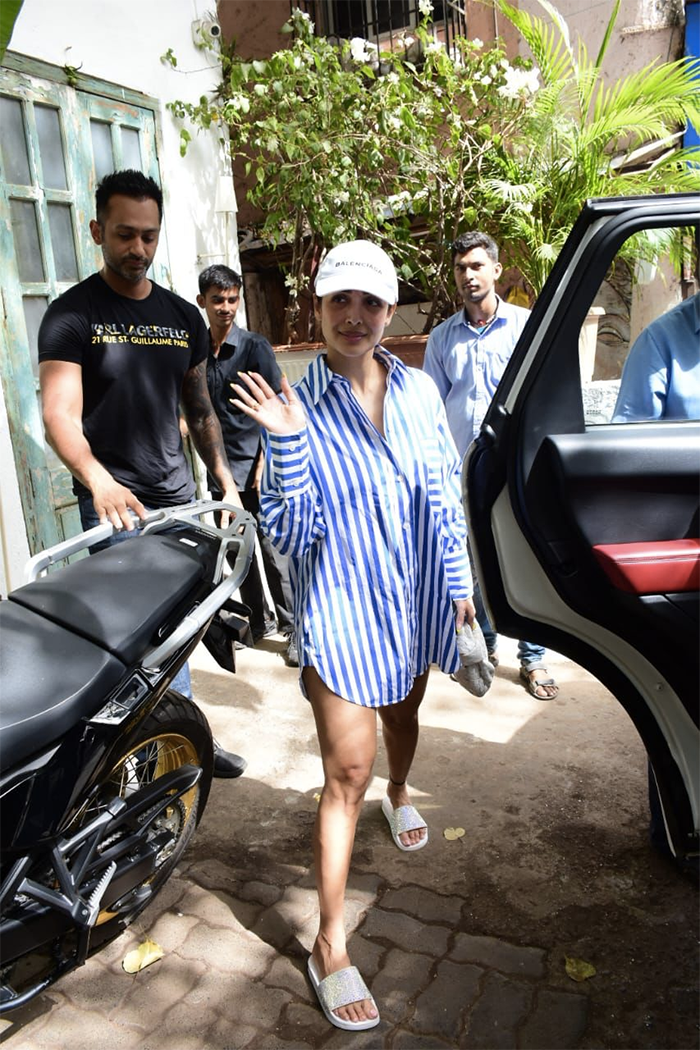 Kareena Kapoor and Malaika Arora are seen around the city with their girl gang having brunches or attending parties. They look a glamorous bunch. For Karan's Johar's 50th birthday bash, Kareena Kapoor made a classy statement in a metallic silver midi dress with a plunging neckline and a chic waist belt. The actor accesorised the outfit with a pair of strappy heels and a clutch. Malaika Arora wore a bright green co-ord set and paired it with stunning Versace platform heels in pink. The co-ord consisted of a full-sleeved shirt which she kept open with shorts. The actor teamed the co-ord with a baby pink bralette.

We are in love with the swoon-worthy fashion choices made by Kareena Kapoor and Malaika Arora, every time.