Bibhu Mohapatra: "Michelle Obama Essentially Put Me On The Map"

New York-based designer Bibhu Mohapatra on his Indian roots, jewellery collection and Hollywood A-listers he has dressed up

Over the course of the decade, Bibhu Mohapatra has conquered many facets of fashion. Having been design director at J.Mendel and costume designer for Aida opera are only a handful of his career highlights. The entire list is winding and quite glamourous. From Mumbai to Frankfurt to Beijing to New Delhi, the New York-based fashion designer has presented his spectacular ready-to-wear and couture designs on the world's stage and in the bargain, found quite a fan following in Hollywood. With fashion secured under his belt, it was only a matter of time until jewellery caught Bibhu's eye, which led to his fine jewellery collection Artemis with Forevermark. 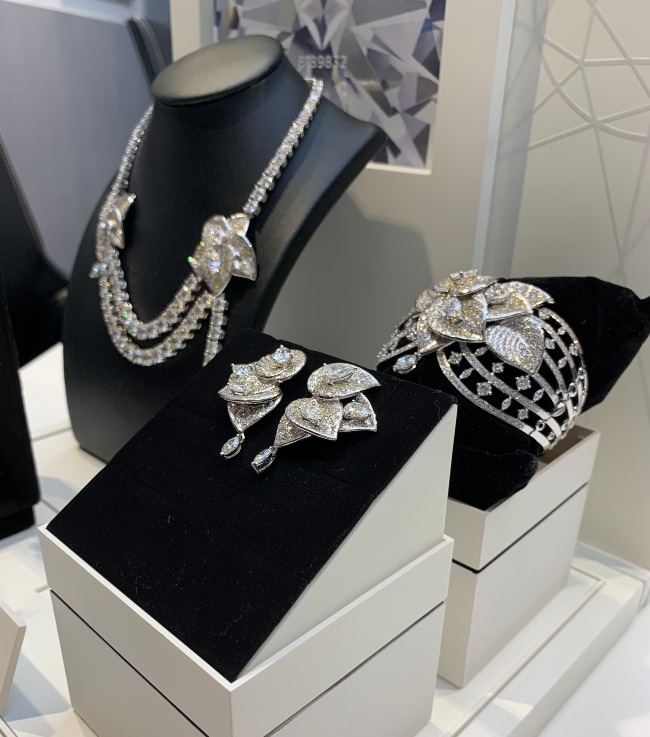 The Artemis collection with Forevermark

Indian Roots And The Birth Of Artemis

"As I was born and raised in India, my culture runs in my veins and my sensibilities were shaped here. When I'm thinking about colours, details or drapes, I always default to my memory of the craft that I was surrounded with growing up. Me being Indian is always with me and comes out in the process in a way that's restrained, refined and subtle," says Bibhu on the impact of his Indian roots.

It also influenced his process of creating the Artemis line, which is exclusively available at PMJ Jewels in Hyderabad. "It all stems from when one day, my mother showed me jewellery that my grandmother gave her which were our family heirloom jewels. When I touched them, I felt like I got to meet and hear the stories of all the women in my family who made my existence possible. When creating jewellery, I strongly believe they should have the quality of telling the stories from generation to generation and thus, live forever," shares Bibhu and continues, "Women and nature share the same qualities of courage and strength. My journey with Forevermark has been incredibly informative, educational and exciting. I launched Artemis 2 at New York Fashion Week this September where I showed my Spring 2020 collection. I played with inspiration of nature and created this collection which has 3D elements, linear shapes and white and yellow diamonds on white gold, which led to the iconic pieces of Artemis 2." 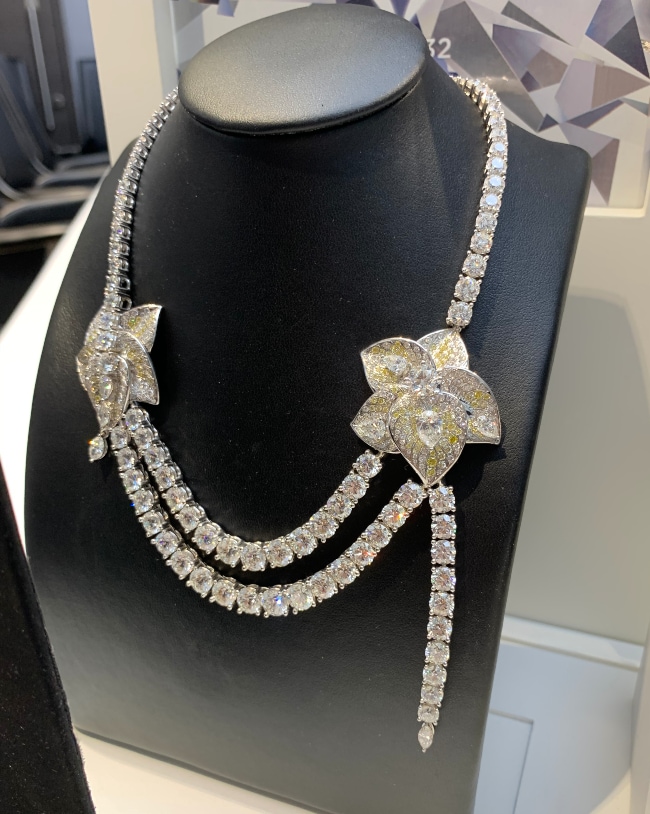 The star piece from the collection

On his learnings from completing a decade of his eponymous labels, Bibhu shares what he has picked up along the way. "Most significant lessons came from projects that weren't successful. I take away a lot from those experiences and learn daily, which I'm grateful for. It's because of those learnings that I look forward to starting each day at my studio. Being authentic while designing and keeping razor sharp focus can't be forgotten. Most importantly, creating the balance between creativity and commerce to start, run and sustain a successful business."

Amongst Bibhu's fan base are many of Hollywood's A-listers. Bibhu has dressed the likes of Angeline Jolie, Salma Hayek, JLo, Lupita Nyong'o and Hilary Swank among other. But it was former FLOTUS Michelle Obama who changed the game for the designer and topped his list of memorable collaborations. "I like collaborating with people who inspire me. Michelle Obama comes out on top because of how she connects with people. I credit her greatly as it was Michelle who essentially put me on the map when she arrived in India for her state trip wearing my outfit. To be able to collaborate with individuals like her has made me a very lucky guy."

Watch the complete interview with Bibhu Mohapatra on Swirlster here.

Listen to the latest songs, only on JioSaavn.com
Comments
Comments
Advertisement