Can You Blame Zendaya For Stopping Traffic In Her Stunning Red Co-Ord Set?

Zendaya is the queen of all red carpets and especially in red she proves us so! 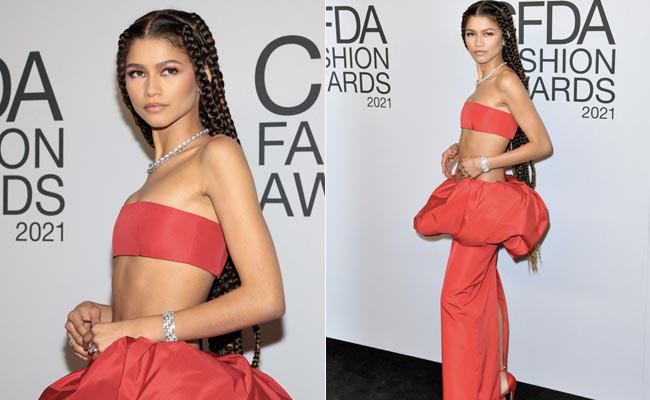 Zendaya is back at the red carpet and back to slay yet again; Image Credit: AFP

Another day, another red carpet and another one of Zendaya's stella appearances that has stolen very many hearts along the way. The red carpet may just be Zendaya's second home at this point and we're certainly not complaining if she continues slaying along the way. It was no surprise thus that she was awarded the Fashion Icon Of The Year Award at the CFDA Fashion Awards 2021. For the event, she was dressed in a stunning red dress split in two halves to create a co-ord set with a statement waist contour custom created by Vera Wang. The skirt extends into a straight silhouette paired with a tube crop top and diamonds to add a bling touch. Her cornrows deserve a moment of their own though, don't you agree? We're all in for a red outfit on the red carpet and Zendaya proves why she is the queen of all red carpets. 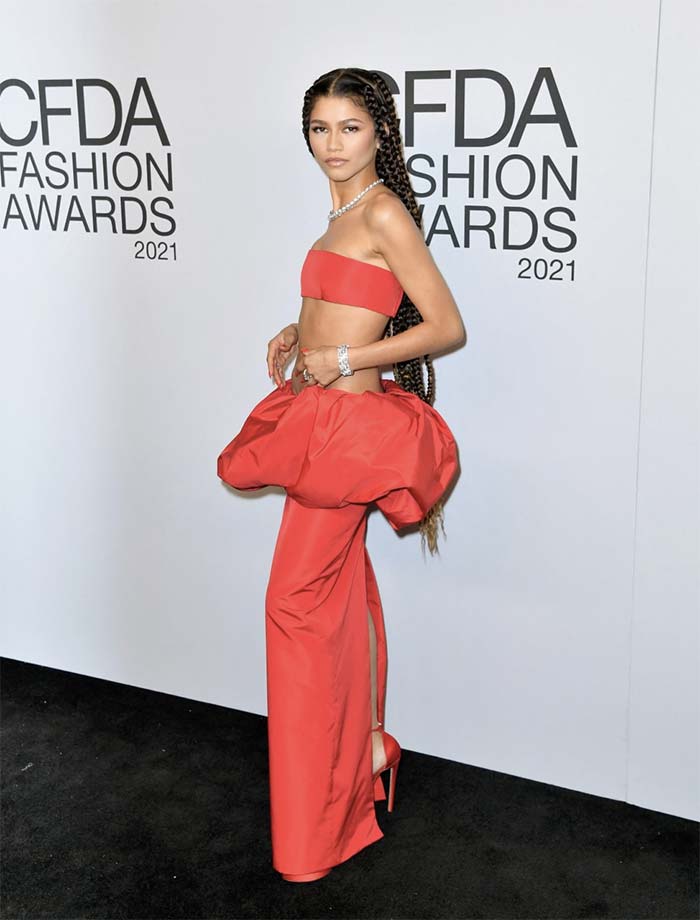 For the premiere of her recent film Dune starring Timothee Chalamet, she arrived from the future in a white-on-white Rick Owens gown that was nothing less than extraordinary.

Zendaya recently donned yet another fierce look at the majestic Venice Film Festival red carpet as she ditched a fashionable gown for a gorgeous dotted co-ord set from Pieter Mulier for Alaia. We're not so sure about the movies but we're most certain that Zendaya did serve some serious red carpet looks.

Also Read: Zendaya Is The Glam Queen Of All Red Carpets In Her Dark Aubergine Co-Ord Set 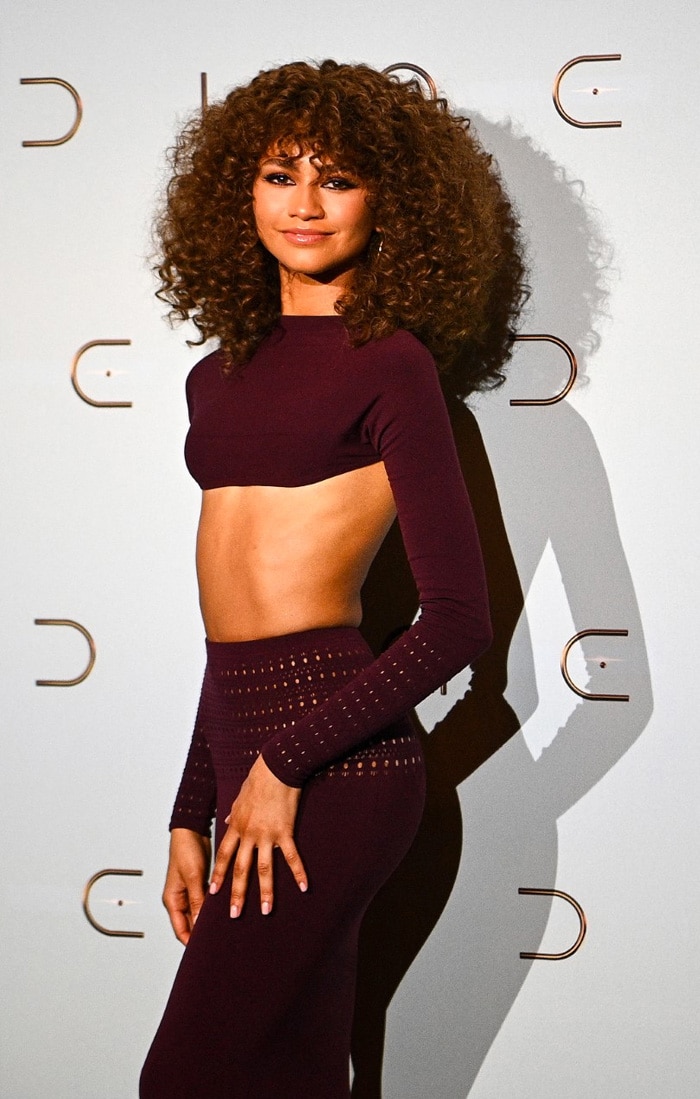 For the premiere of her upcoming film Dune at the Venice Film Festival, Zendaya looked like she walked out of heaven's gate and straight on to the red carpet in a beige leather Balmain outfit and a 93 karat emerald necklace from Bulgari that we could've only imagined in our dreams. 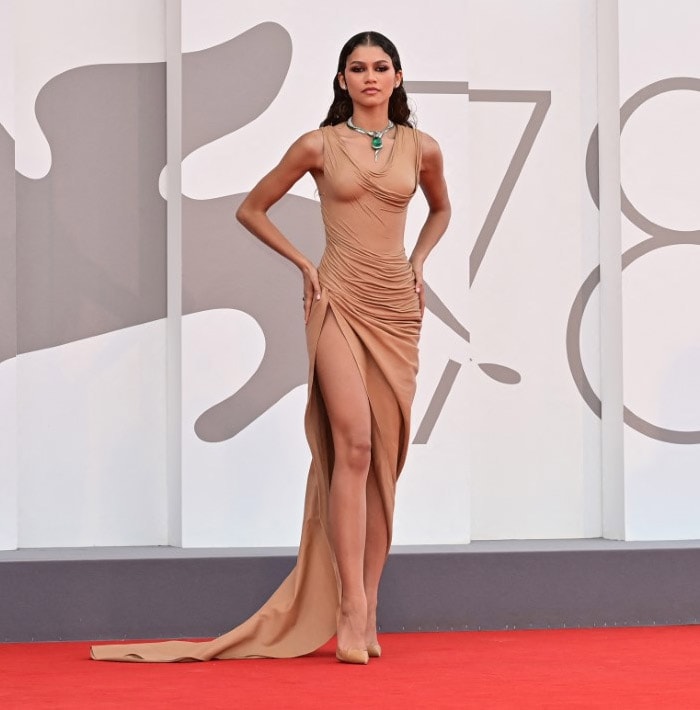 Zendaya in a Balmain ensemble at the Venice Film Festival
Photo Credit: AFP

Also Read: Zendaya In A Leather Balmain Dress And A 93 Karat Emerald Is The Most Stylish Red Carpet Guest We Have Ever Seen