Cannes 2018: A Rainbow Skirt On The Red Carpet? Cate Blanchett Made It Happen

Red carpet looks don't have to be boring, you know

Think red carpet and there are few things that come to mind - flouncy detailed dress, sky high stilettos, ball gown that looks like it belongs to Cinderella. In all likelihood, what you've never associated with posh red carpet event is a rainbow coloured skirt. Yes, you heard that right. A tiered full length ombre skirt that included a rainbow's worth of shades. The seemingly strange creation made its way on the Cannes 2018 red carpet worn by Hollywood A-lister Cate Blanchett. Now Cate is best known for her diverse range and incredible talent in movies like Blue Jasmine and The Curious Case Of Benjamin Button. But one thing that is often missed out on is the fact that she can also take on the red carpet like a storm, whether she's in a gold power suit or a glittering gown. This appearance of hers however, took her style to new heights.

For the screening of the movie BlacKkKlansman, the actress arrived on the scene wearing a Givenchy outfit made of black long sleeved top with a cutout back and an ombre toned tiered skirt in shades of purple, red and blue below. With it, she wore her hair side-swept along with Chopard jewellery. Amongst the sea of flowing trains and muted shades, Cate's outfit made quite a statement. 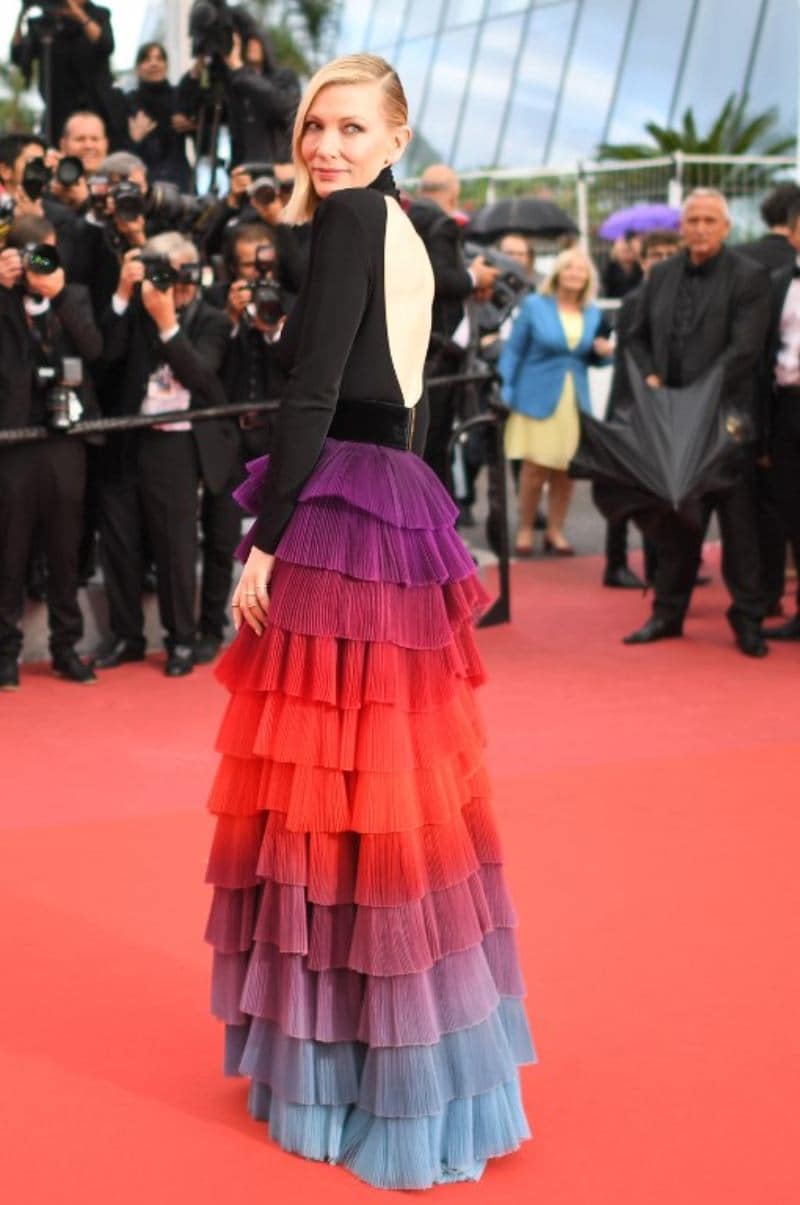 Now take a long, hard look at the skirt of the designer outfit. It's an eccentric mix of pale blue, deep purple and rich red. On paper, they may not seem like they will mingle together but on this ensemble, they do. The ombre gradates between the shades harmoniously which brings out the tiered layers of the skirt even further. We can't fail to notice how it almost camouflages with the red carpet. What really pulls it together is the black top. It deserves credit because it's the black upper area which neutralizes the look and unifies those rainbow shades on the skirt. 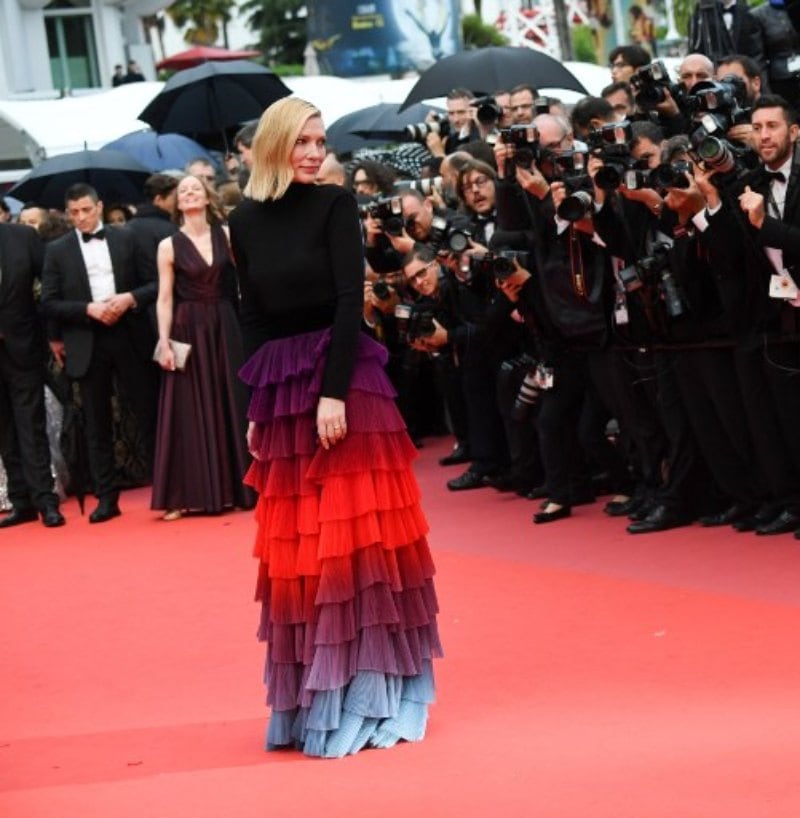 It's a risky look that could have gone eitherways but it worked brilliantly for Cate's Cannes look. This risk reaped rich rewards in the style department and how.