Alia Bhatt Is A Glowing Newlywed In A Pink Floral Suit With Her Rs 2.7 Lakh Dior Bag 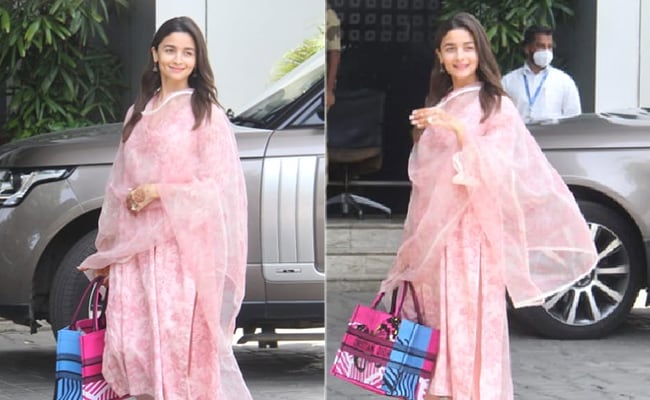 Alia Bhatt is spotted in the city

Ever since her wedding to Ranbir Kapoor last week, no one has stopped talking about Alia Bhatt and her incredible bridal style. Post their intimate and low-key wedding, it seems like the Bollywood actress is back at it in her summer ethnic best. Proving beautifully that life moves on even when you're a celebrity bride, Alia was spotted at the airport this morning wearing a refreshing ethnic look. Like her wedding look, this outing too was understated and muted. 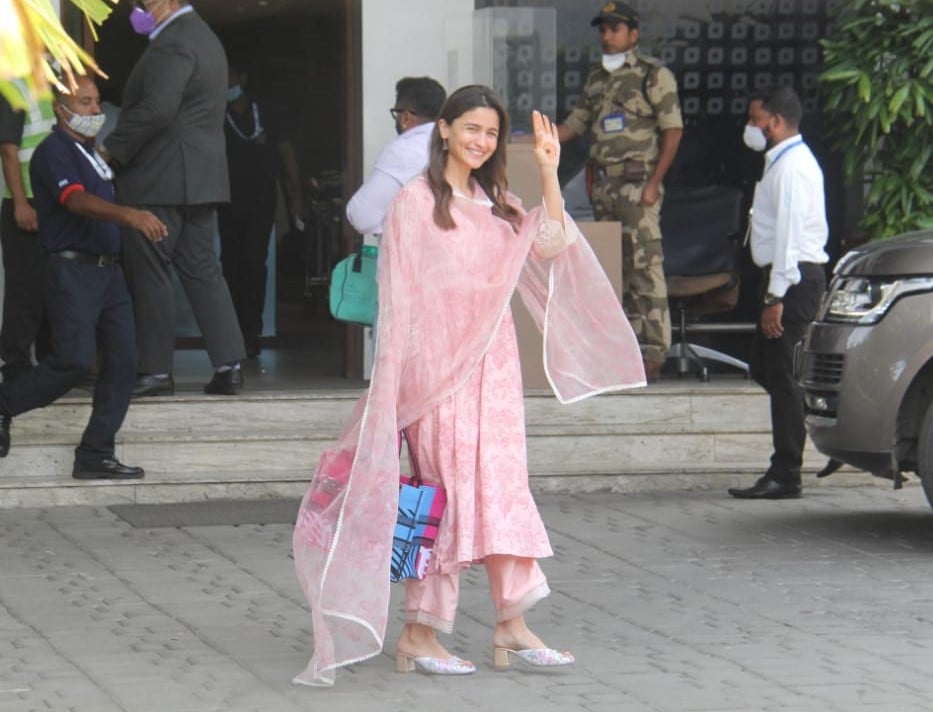 Alia wore a pastel pink salwar kameez suit adorned with floral prints. Pink solid coloured palazzo pants were worn with this outfit and featured white lace trimmed borders. Alia completed the look with a sheer dupatta that was draped over her shoulders. The newlywed had a smile on her face and who wouldn't, with a wonderful wedding like that behind her. Alia wore the outfit with silver mule pumps on her feet but that wasn't all that it took to complete it. She wouldn't be a stylish jet-setter without her designer bag, now would she! In her hand, we spotted the Christian Dior D-Jungle Pop book tote. It featured bright shocks of pink and blue and cost approximately Rs 2,70,000. Only the best for this bride, that's for certain!

(Also Read: Alia Bhatt, Ranbir Kapoor's Mehendi Look Is Out And We Love Their Coral Outfits) 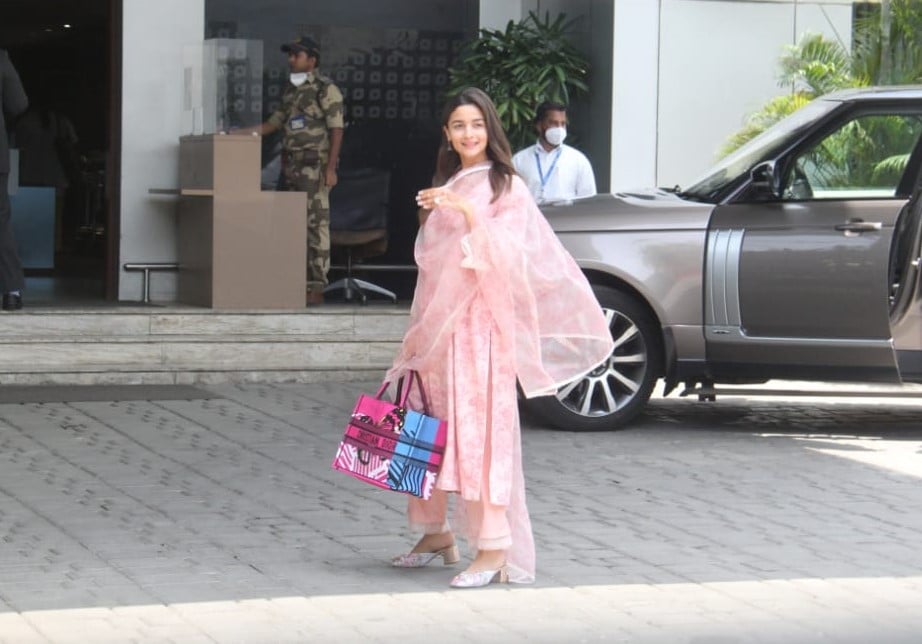 Alia Bhatt is seen at the airport

It's a breath of fresh air to see Alia resume daily life days after her wedding in a regular ethnic look, which is a nice remindee that life really does go on, even after you've just gotten married and both of you are Bollywood stars.

(Also Read: Alia Bhatt Glows Effortlessly With Minimal Makeup And Oodles Of Love For Her Wedding To Ranbir Kapoor)