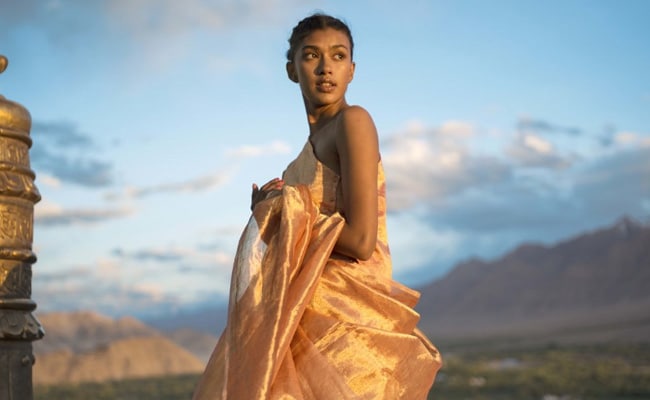 Stepping into designer Anavila Misra's store is like entering a whole new world. Nestled in a leafy lane in Mumbai's surburbs, her current collection Joy takes centre stage as you enter. Further in, there's a cheery table that's decorated keeping in mind the mood of the store, finished off by her famous busas in the corner. Anavila's journey can be traced back to 2011 when her first linen saree was born, which led to reinvention of the traditional garment among fashion ranks. Today Anavila, as we know the label, has evolved a great deal with traditional choices and mindful production still firmly at its core. We at Swirlster spoke to designer Anavila Misra about the importance of sustainability and how she changed the traditional wear game in Indian fashion.

"For Me, Comfort Comes First"

Majority of the population will agree that comfort is foremost when picking out clothing. So does Anavila, who says, "From my personal experience, I first look at comfort, then silhouette, then textile; which I try to build in my collection. They can be worn for hours and still feel happy in without being weighted down or tied up and eventually, not being able to enjoy yourself which occasions are for."

The busa has gone on to be a significant part of Anavila's label, which she explains in detail about. "We've talked about the saree and why the younger generation has moved away from it and a deep rooted reason is because they have no connection with it and why it's not a choice for them. Busa, which translates to 'little sister' in Sanskrit, becomes your introduction to the saree because you can dress her up in one and play with it. Exposure to it at a young age stays with you subconsciously so when you want to wear one later, it becomes easier," says Anavila, on her range of designer dolls and why they were created.

The Changing Face Of The Indian Consumer

"For sarees, blouses and linen textiles, the challenge was to turn it into something to wear through the day and one that's fuss-free which you can carry every day. With linen, you can drape it the way you like. That's how I married yarn into the traditional garment, which was the answer for so many people who wanted a saree that they could wear through the day while staying comfortable," elaborates the designer. 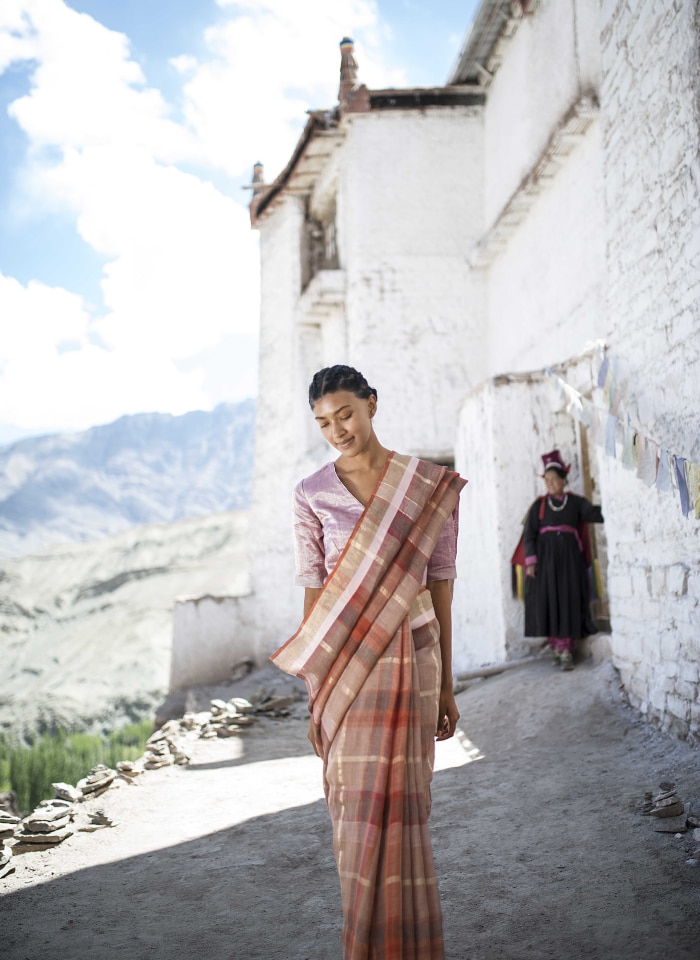 (Also Read: Anavila Misra's Summer Sarees Will Make You Want To Dress Up)

"It's Also About Sustaining The Livelihood Of Artisans"

For Anavila, sustainability is more than a word. Mindful consumption has been her brand value from the very beginning, which she tells us at length about - "mindful consumption comes from mindful creation. As a designer creating garments, it's important to create only as much as is required. We work closely with our customer to produce only as many garments as needed so that we don't have to think about leftovers."

With sustainability being a global issue in the fashion industry, Anavila tells us how this philosophy plays into it. "We only use natural yarn and are moving towards using natural dyes that don't harm the environment, which we're trying to increase the use of. Purposefully using the waste that comes out of our garments is important because the textiles are made with a lot of effort, from spinning to printing," she says and concludes, "Sustainability is important in different levels. One is with respect to not harming the environment. The other is working with artisans and sustaining their livelihood and employment."