Lady Gaga Leaves Us Swooning In Tights, Boots And A Purple Gown By, Who Else But Gucci 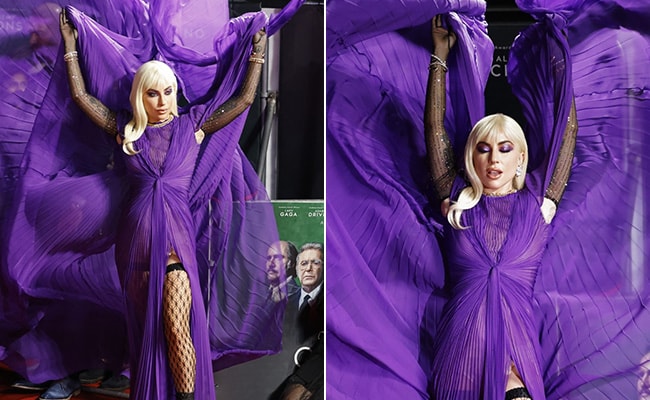 House Of Gucci has been making headlines much before it has even released. Unsurprisingly so, when the movie dwells around the makings of one of the biggest luxury fashion houses in the world, the style quotient could only be through the roof. So when star of the movie Lady Gaga attended the UK premiere of the event in London, you couldn't expect anything less than a fashion statement that was high on drama. Gaga chose a sheer purple ensemble from Gucci (obviously) which featured black mesh sleeves, a ruched bodice and a slit down the front that reached her waist. Paired with it were patterned black tights and platform boots which lent a touch of grunge to the outfit. Her makeup didn't disappoint either which saw Gaga in sparkling purple lids and a high on gloss nude lip with her blonde hair styled in curls around her and a fringe. 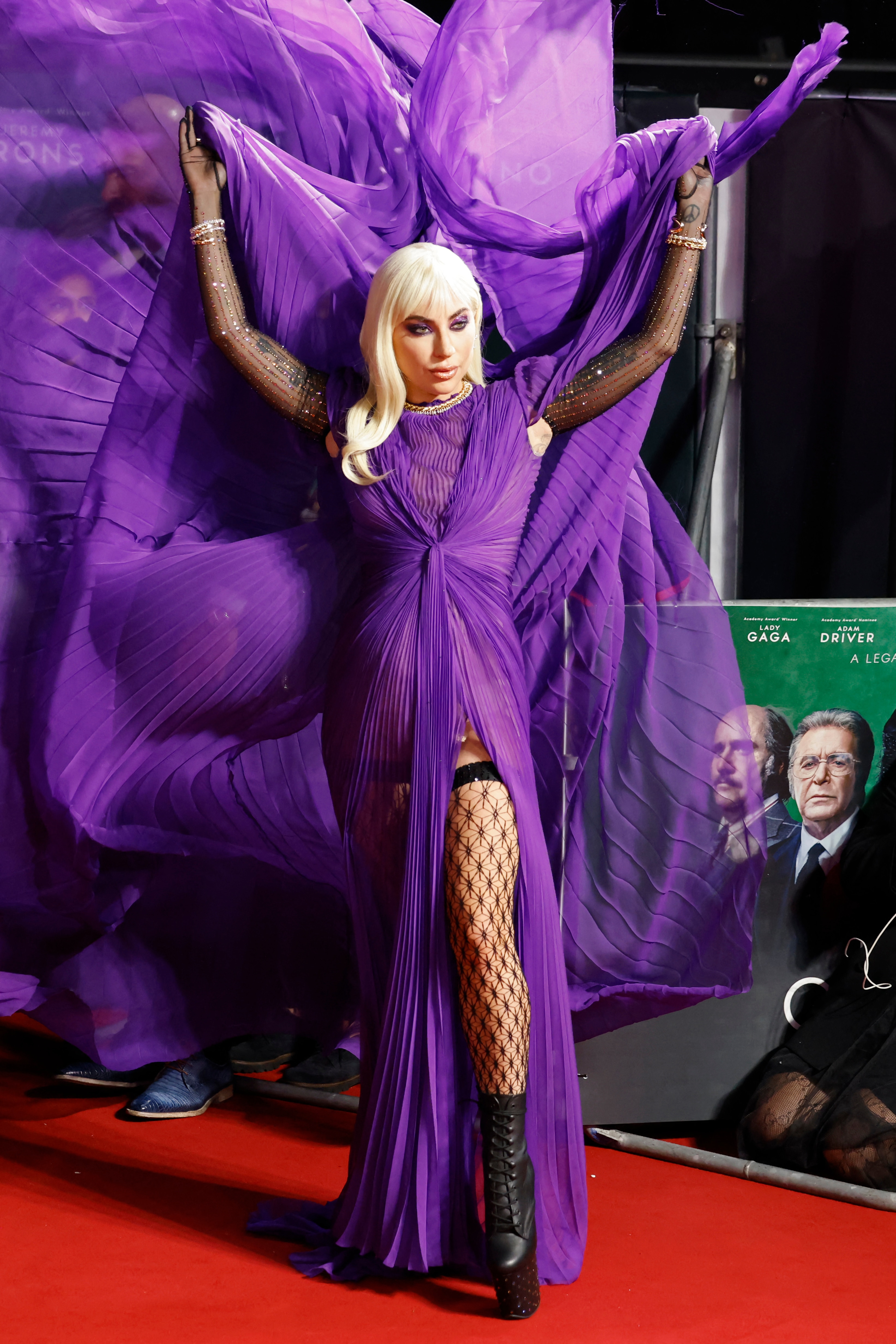 (Also Read: Lady Gaga's Phoebe Buffay-Inspired Look Made Us Do A Double Take At The Friends Reunion)

Lady Gaga may have had the style spotlight on her at the event but her co-stars weren't far behind. Jared Leto; a fashionable force to be reckoned with himself, picked a teal velvet suit which featured blue piping and a flared cut at the bottom. He wore it with white footwear and a dazzling neckpiece. 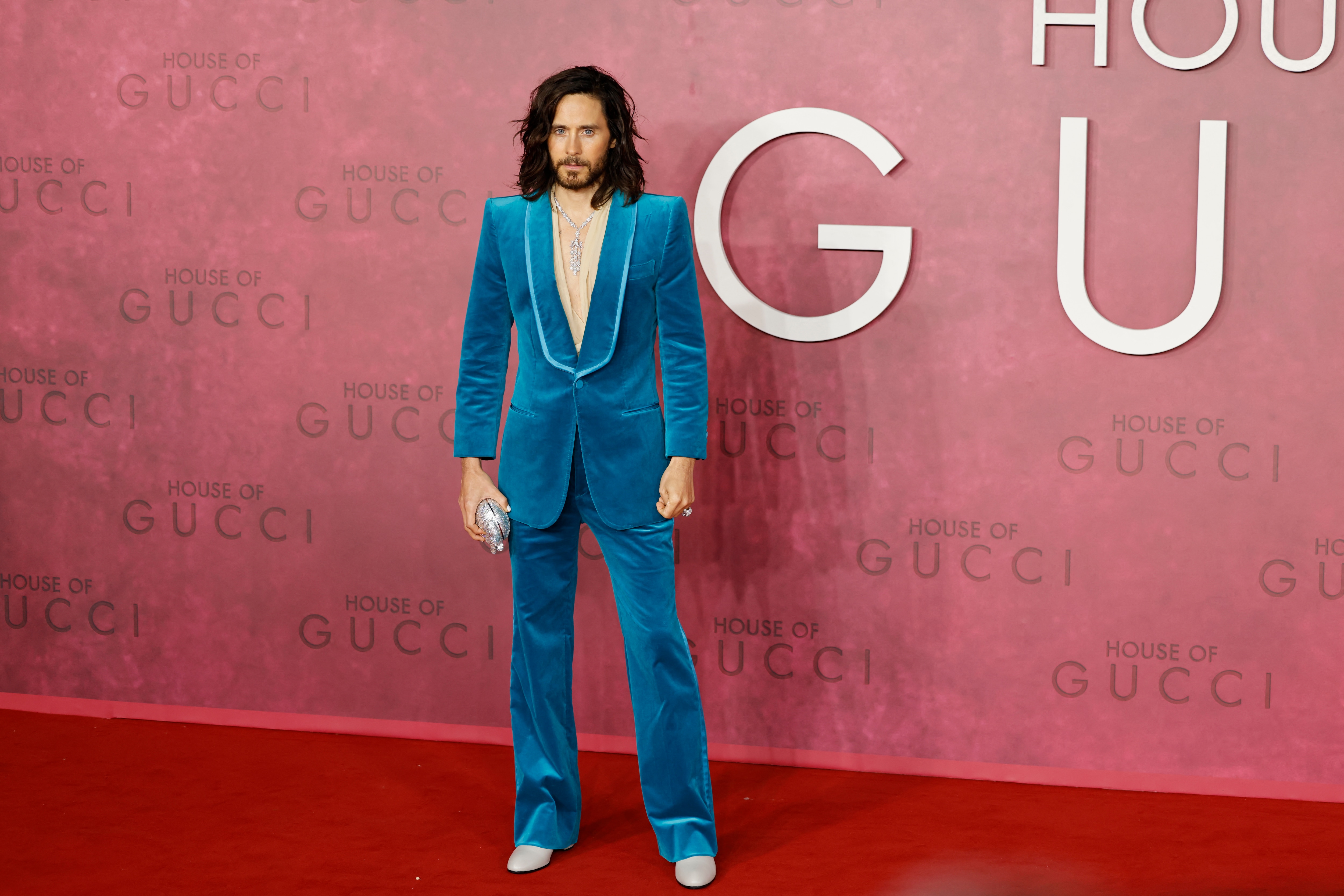 Salma Hayek brought her usual dose of glitter to the red carpet in a pleated metallic gold gown with a V-neckline and puffed sleeves with shimmering stones on her neck. Adam Driver was the most muted of the lot in a sharp navy blue suit with a white shirt and grey tie. Personal style can be so different even within a small group and this stellar cast proves just that at this Hollywood event. 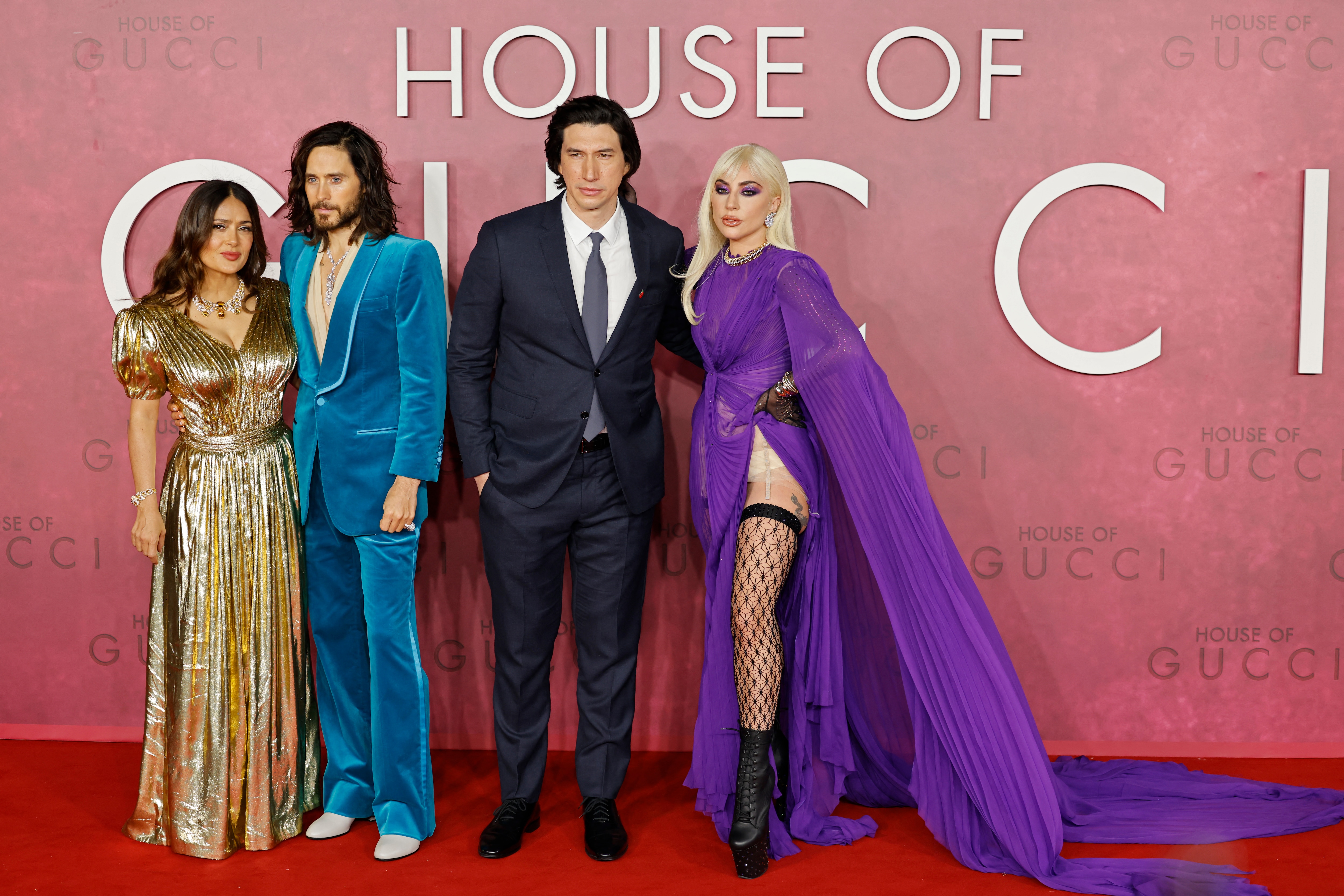