Jacqueline Fernandez is a dream in black

You'd think that spring is the time for flowers to bloom and not the monsoon. But Jacqueline Fernandez isn't like any of the others in the garden. The Bollywood actress is promoting her upcoming movie Vikrant Rona in full swing. For the launch of the song Ra Ra Rakkamma from the movie, Jacqueline joined Salman Khan, who is part of the crew, at the celebrity event. She also took the opportunity to prove that some precious flowers do really bloom in the monsoon and we loved every bit of it. Jacqueline Fernandez was captured by photographers at the event giving preference to the ethnic garments in her closet. She picked a yellow saree for the occasion that was dotted with floral prints in shades of pink, purple and white all over. With it, she wore a yellow sleeveless lace blouse that was in the same colour family as her saree. While adding in a burst of sunshine with its shade, its flowery excess could easily make us mistake the look for a spring special. Accessories added life to Jacqueline's ethnic ensemble. She wore a gold chain belt around her waist and lined her arm with a variety of chunky bracelets which lent a bit of eclectic charm. 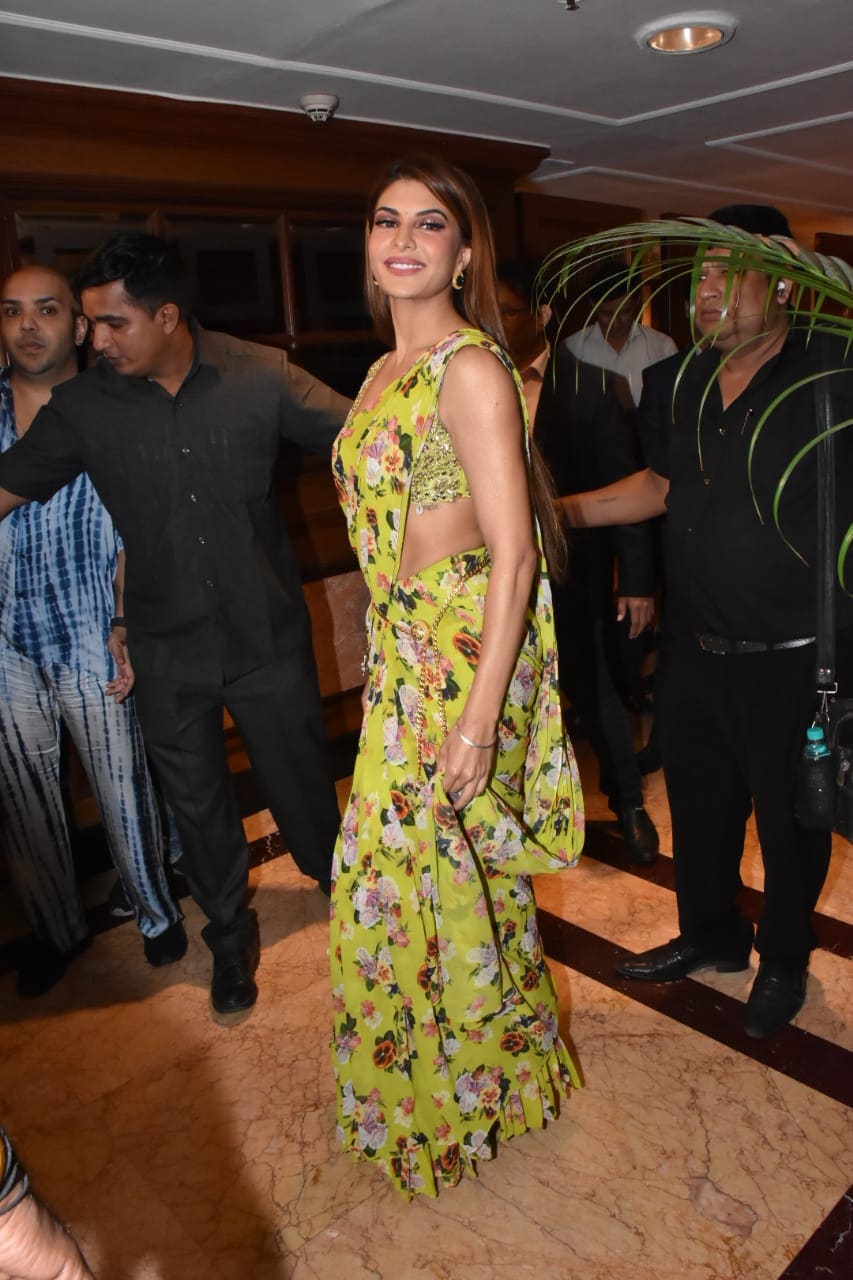 Jacqueline Fernandez in a saree

Jacqueline wore her hair straight and flipped to the side. With a neutral glam eye makeup look and fluttery lashes, she wore it with rosy tinted cheeks and a mauve lip. Jacqueline Fernandez is the reason it feels like spring in the middle of the monsoon.