From Malaika Arora's Tracksuit To Karisma Kapoor's Dress, It's A Print Party For The Girl Gang 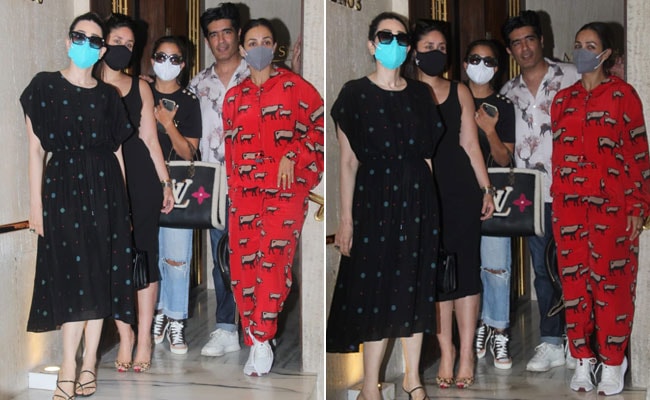 The girl gang meets once again

The monsoon greys can't keep the fashion quotient out from tinsel town. Bollywood's favourite gang of girls assembled at their designer pal Manish Malhotra's pad last night. In attendance were sister duos Kareena Kapoor and Karisma Kapoor, Malaika Arora and Amrita Arora with Manish in the centre. The famous house no. 3 got a touch of starry style when these ladies walked in the door, that's for sure. While Kareena wore a black dress with her Hermes handbag, Amrita's jeans and t-shirt were accented with a Louis Vuitton tote. But it was Karisma and Malaika who stole the spotlight. Making it a print party like no other, Malaika wore a red printed tracksuit from Masaba Gupta with white sneakers. Karisma also added her own patterned punch in a black polka dotted dress with strappy sandals and sunglasses. The rains definitely can't dampen their celebrity style. 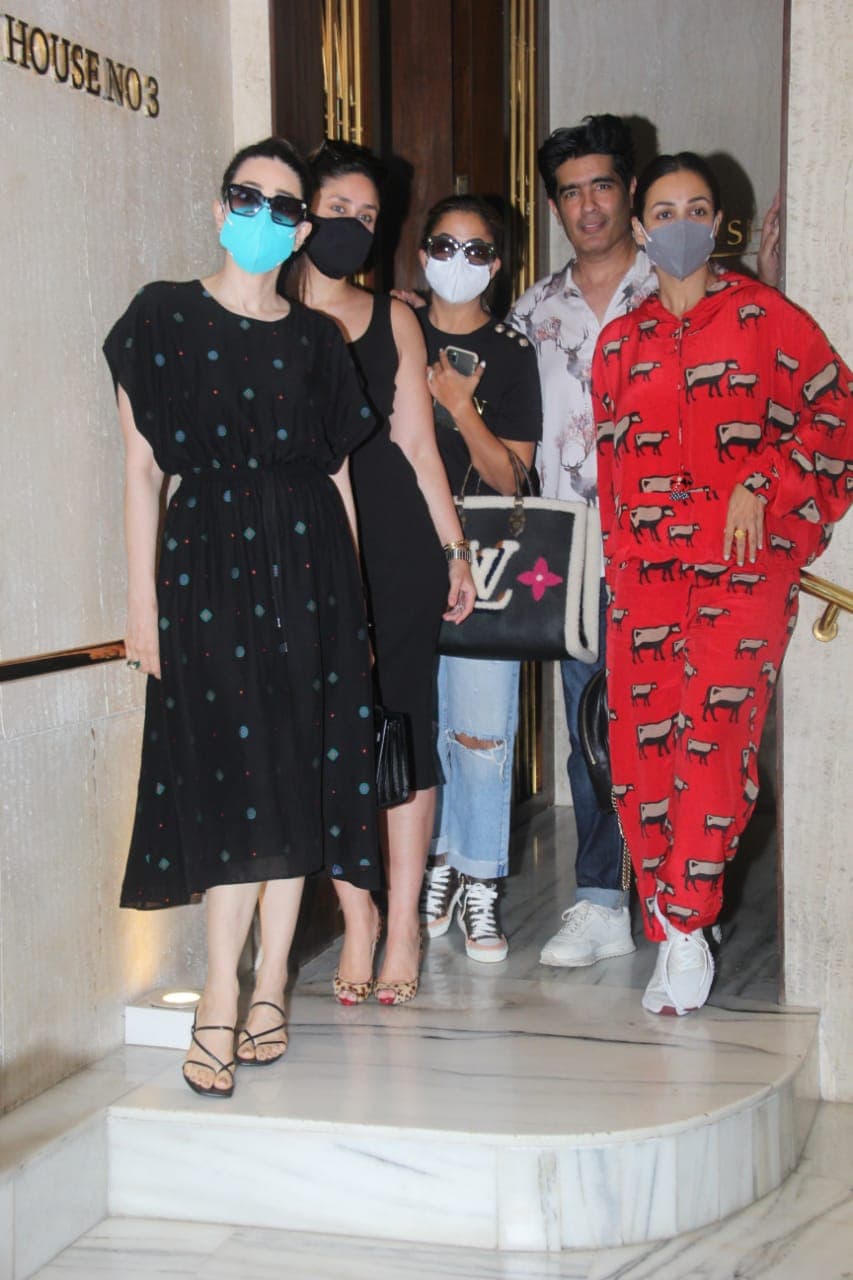 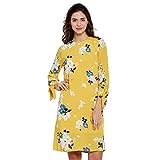 Karisma posted about their afternoon together and we truly wish we were a part of it. With their radiant glow and sunglasses despite the cloudy monsoon days, it was nice to see the girl gang back together again.

We love when they document their outings together and we're pretty sure they know that already. When a then-pregnant Kareena moved into her new house early in the year, they threw a pajama party with a whole lot of printed kaftans and pretty night suits. Don't miss the desserts front and centre.

Kareena and Malaika were also the BFFs who matched their designer threads. Both matched in Gucci bodysuits; Kareena in a Mickey-themed number with jeans while Malaika went for a Doraemon one with her Gucci shorts.