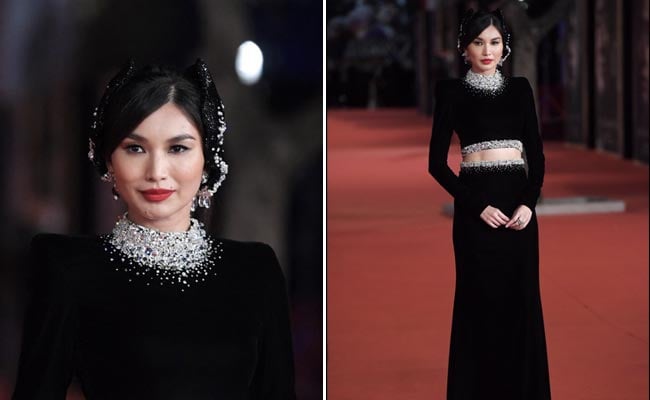 The red carpet of the Rome Film Fest shined brighter than usual with the stars of the latest Marvel entrant, Eternals made their way down it. There were many style moments by many stars but our eyes were set on Gemma Stan who brought the glitz and glam in her stunning Miss Sohee outfit. She ditched the regular gowns for a black velvet co-ord set with gorgeous diamantes along the high neckline, under the bust and at the waist of her long trailing skirt that gave us a quick glimpse of her taut abs. But that wasn't enough apparently, the matching embellished headgear added more shimmer than we thought we needed and instantly turned something simple into something couture. She donned a stunning palette of makeup with a classic eyeliner and red lip combination and her sleek raven hair tied to a high ponytail. 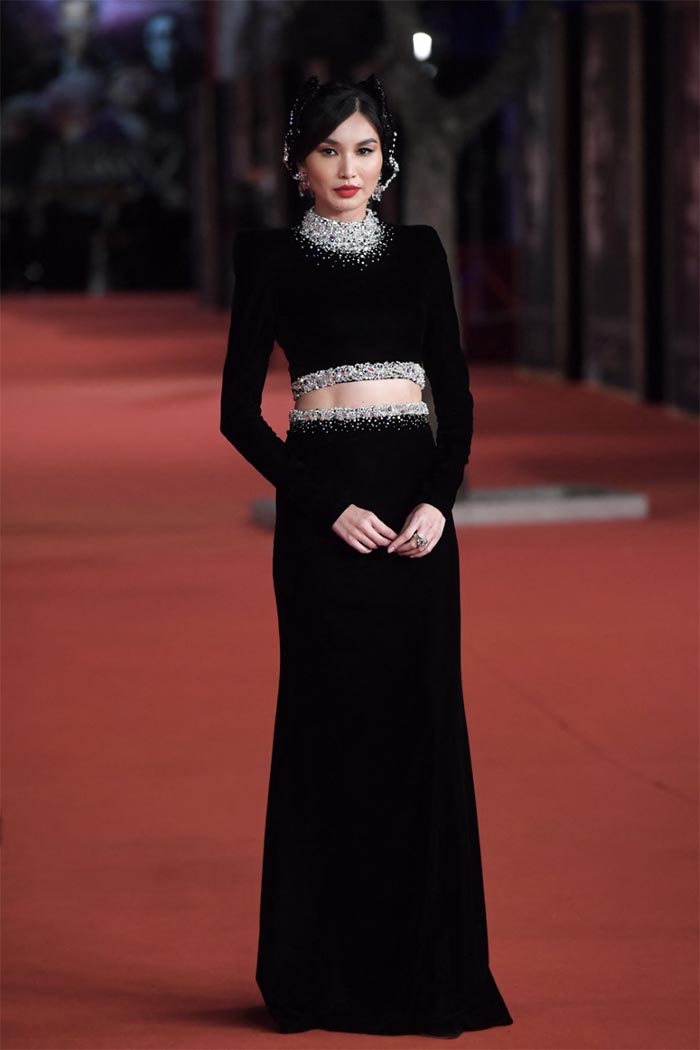 Earlier this month for the world premiere of the superhero film at Los Angeles, she was dressed up in a custom shredded Louis Vuitton number with a gloriously fuzzy trailing cape on top to complete her look.

The Met Gala was a highly anticipated event of the year after the year that wasn't and Gemma Chan walked down the famous pink carpet in her effervescent glow. She picked a sequinned custom Prabal Gurung mini dress with a dragon embroidery traced from a textile for a handscroll from the Met Museum's collection dated to the Qing dynasty, Kangxi period. What a way to celebrate your heritage, no?

Also Read: Salma Hayek Stunned Us All In Her Daringly Chic Black Dress To Nobody's Surprise

Her red carpet chronicles continued with the Cannes red carpet where she glistened and shined in a floral sequinned Oscar De La Renta.