Get Yourself A Shimmery Blouse Like Sara Ali Khan

Saif Ali Khan and Amrita Singh's daughter, Sara Ali Khan, is all set to make her Bollywood debut with the film Kedarnath, which is scheduled to release on December 7 this year. The film which is written, directed and co-produced by Abhishek Kapoor also stars Sushant Singh Rajput in the lead. Sara Ali Khan is an absolute newcomer in world of cinema and hasn't even seen the release of the first film yet; even so, Sara Ali Khan's popularity doesn't seem to be affected by that fact at all. Ever since she started shooting for the film Kedarnath and subsequently Simmba opposite Ranveer Singh, Sara Ali Khan has been viewed as a star. Well, we can't say we blame all her fans, given just how impeccably Sara carries herself.

A great example of why Sara Ali Khan deserves all the star-like attention she has been getting is the way she looked last night on the set of Indian Idol. Sara visited the set of Indian Idol along with her co-star Sushant Singh Rajput to promote their upcoming film. For this promotional episode of Indian Idol, Sara chose to wear the 'Navratan' lehenga with a black 'Aakash-tara' dupatta and blouse from designer Sabyasachi. The lehenga Sara wore was meticulously hand-embroidered on black tulle with multi-hued velvet appliqués and was highlighted with zardosi, crystals and pearls over a hand-painted organza underskirt, as explained by the designer himself on social media. 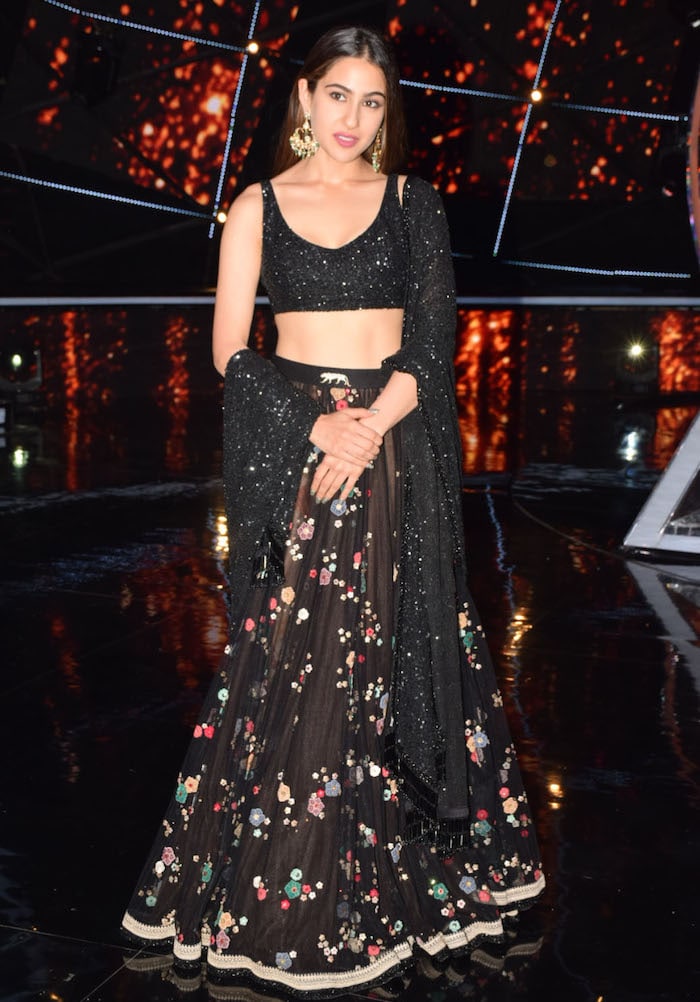 It takes a real star to pull of an outfit that shimmers like that. We cannot get enough of Sara Ali Khan's look, but we especially love her shiny blouse. A shimmering blouse can really uplift a dull outfit and make it look super glamorous. For this wedding season, we think it'll make a great addition to your wardrobe. We found some shiny blouses that you can pair with your lehengas or even sarees.

A black blouse that shimmers is hard to go wrong with as proved by Sara Ali Khan. We love this sleeveless, black sequin blouse by Nivetas Design Studio on Amazon. It is priced at Rs 1,350. 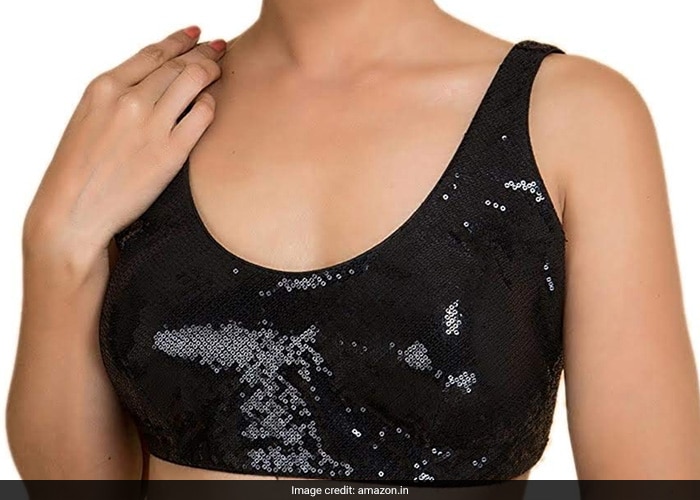 Having a silver blouse in your wardrobe is a must. It will go with most of your ethnic outfits and add a hint of glamour immediately. When there's some sparkle involved like in this silver blouse from Singaar, even better. It is priced at Rs 1,394 on Amazon. 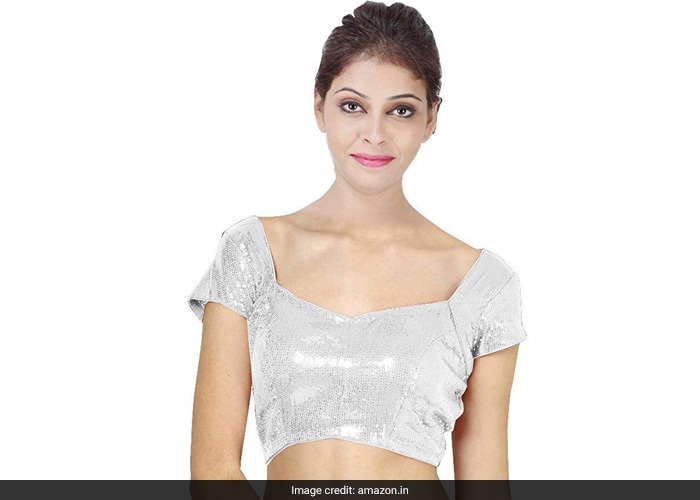 There is nothing more glamorous than a blouse that has both black and gold. This sequin blouse from Chunri is both chic and sultry. It is priced at Rs 2,399 on Amazon. 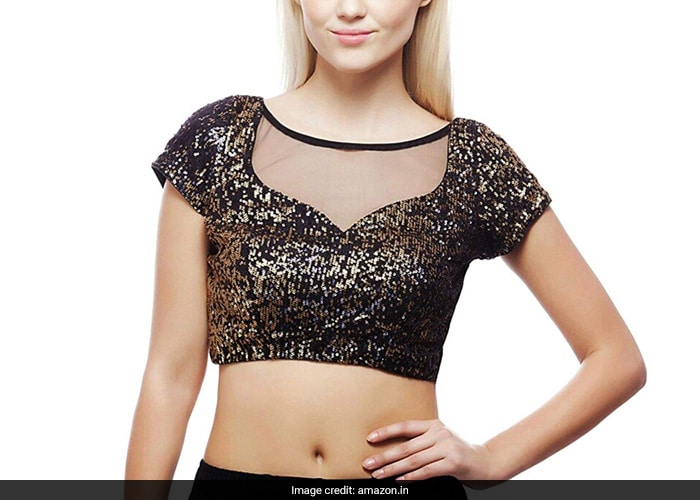 Want more such suggestions? Let us know in the comments below.