Demi Lovato turned heads, not once but twice in gorgeous pantsuits, one more glam than the next 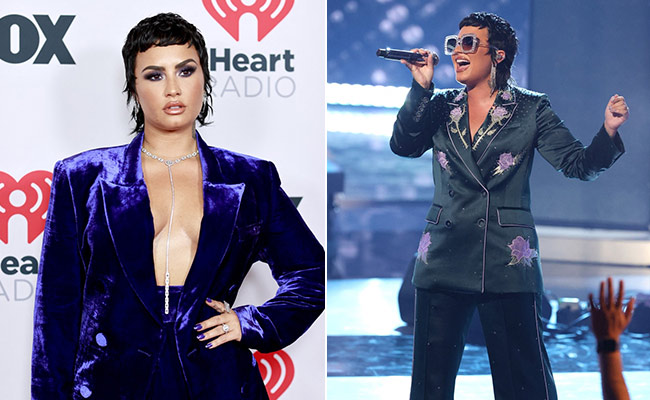 When Demi Lovato walks into a room, you can be rest assured all eyes are on them. That wasn't any different at the iHeartRadio Music Awards 2021 last night. Held at Los Angeles' Dolby Theatre, the awards function brought together the shining stars of the music industry to celebrate the popular music from the past year. Performances and tributes from the night included those from Lil Nas X and Chris Martin among others but all heads were turned towards Demi Lovato. The singer attended the awards ceremony wearing a blue velvet pant suit which featured a relaxed fit and oversized blazer worn bare. Dripping diamond earrings and a T-style necklace were their only accessories which let the ensemble speak for itself. Demi Lovato recently came out as non-binary with they/them being the pronouns that best expresses them. 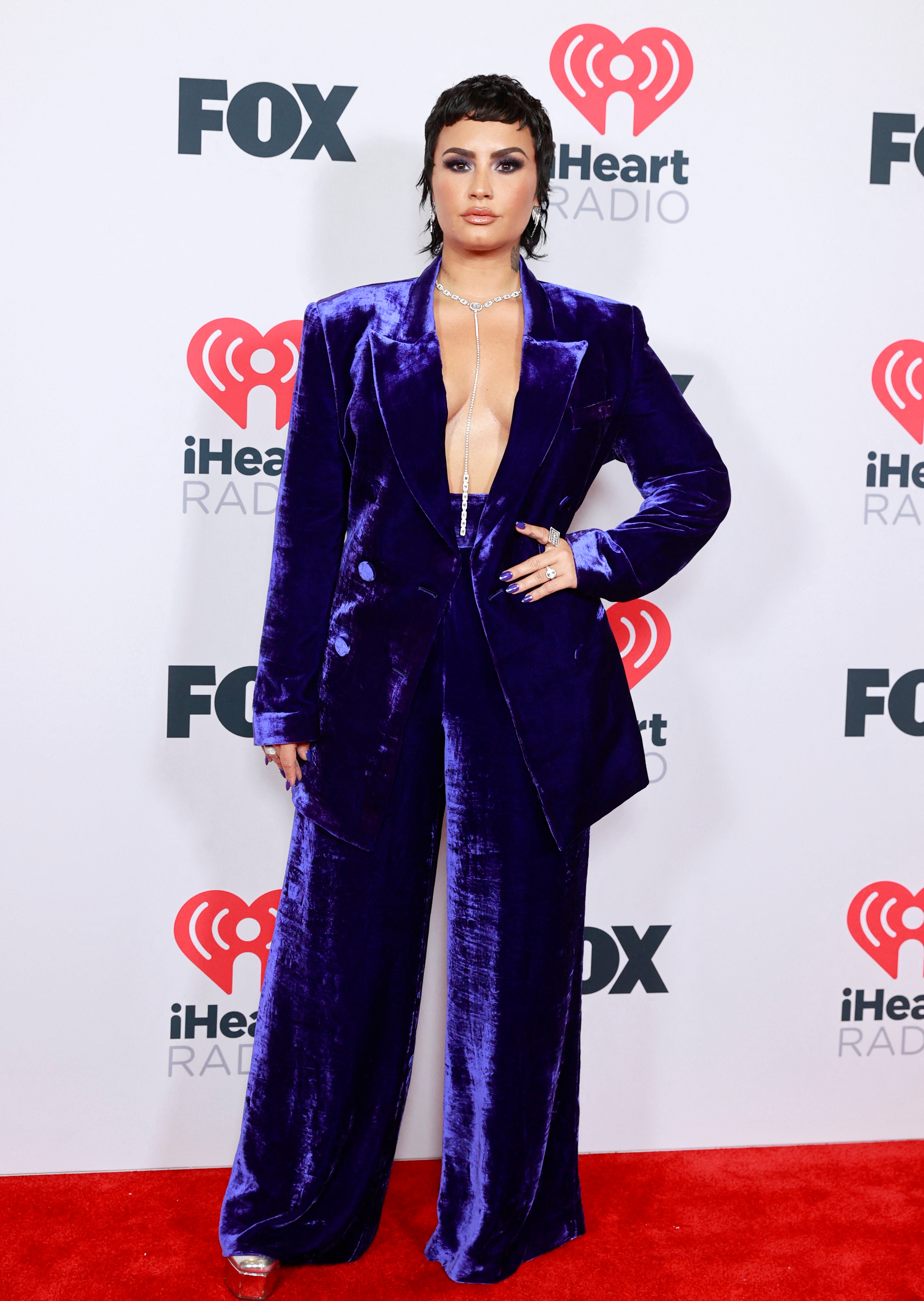 Demi's makeup look for the iHeartRadio Music Awards 2021 was right on fleek. Along with the singer's dark cropped pixie haircut, they sported a pair of blue toned eyes and perfectly sculpted eyebrows with bronzed cheeks and a glossy nude pout. 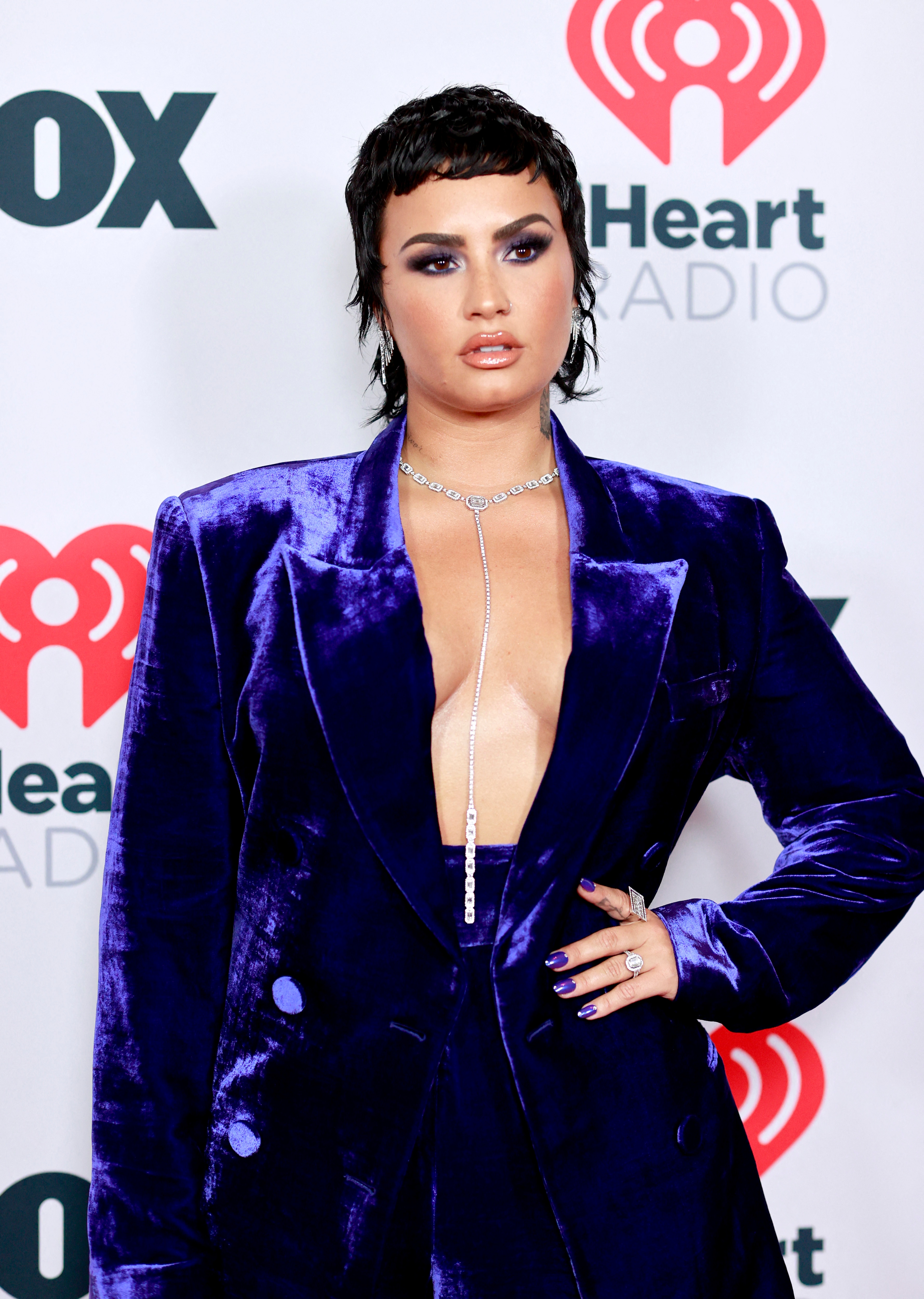 But the piece de resistance is still to come. Demi paid tribute Elton John with a dazzling musical number from the legendary artist. Elton was presented with the iHeartRadio Icon Award and Demi's performance definitely did him justice. In their second pantsuit of the night, Demi went all out with a teal toned bedazzled double-breasted pantsuit set with lilac floral embroidery. While their earrings stayed the same from the previous look, it was Demi's finishing accessory that sealed the deal. They chose an oversized pair of tinted sunglasses with stone studded frames and couldn't look any more Rocket Man chic even if Elton tried. 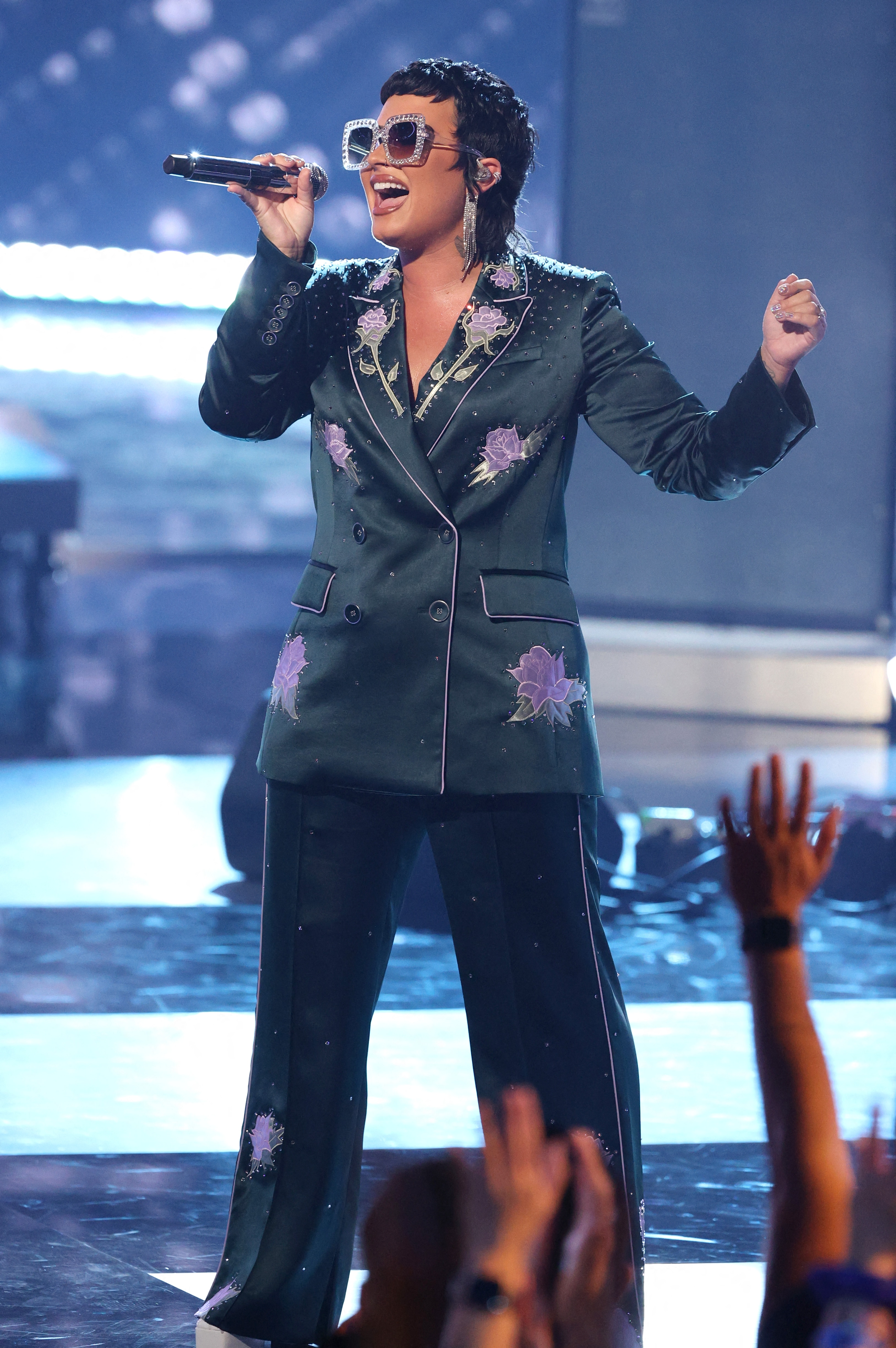 (Also Read: Kendall Jenner Ditches The Bra Not Once But Twice. See Her Risque Looks)