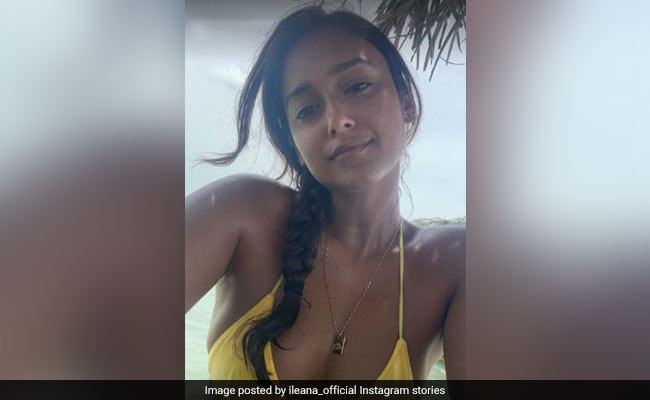 Actress Ileana D'Cruz is a certified beach babe. And even when she is basking in the warm sunshine and indulging in some quality time by the waters, she does not forget to set some serious fashion goals. This time around, Ileana made us miss the beach when she rocked a bright yellow bikini that made her look like an absolute diva. Ditching the conventional colours of black and blue, Ileana's colour pick added some much-needed brightness to our Monday morning. In a selfie shared on Instagram, she is seen sporting the bikini with a simple necklace as her only accessory.  The actress seems to have been blessed with a beach tan, and she acknowledged this in the post and wrote, "Tan," followed by a "tick" emoji. Given that she was on the beach, she went for a no-makeup look and kept herself moisturised. 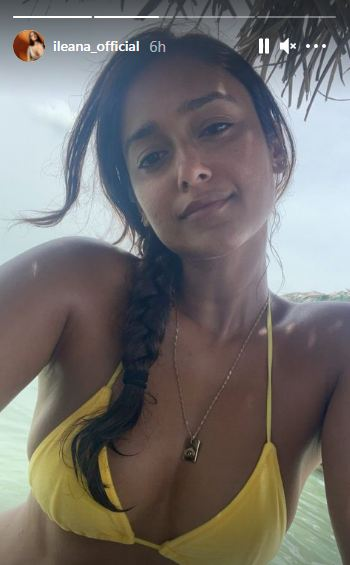 Ileana D'cruz is enjoying her day at the beach

Previously, she had impressed us in yet another beach look that was all things dainty and elegant. This time around, she was seen in a black bikini top. Ileana paired it with a striped bikini wrap in black and white that also featured colourful tassels along the end. Further, the actress added some fun to the look by sporting the most beach appropriate accessory, a cap.

She also gave some mermaid vibes when she went for a blue beachwear set for one of her visits to the bay. For this look, she was seen in a bright, royal blue bikini top and the actress paired it with a turquoise bikini wrap. With a pair of stunning sunglasses, Ileana looked stylish as ever.

In addition to quirky swimwear, the actress is a fan of eclectic designs and she proves this with the photos on her Instagram feed. A few weeks ago, she shared a stunning photo of herself in a white top with cutout detailing around the waist. Ileana paired the top with a long, flowy skirt. She layered the piece with a beige shirt that added another dimension to the monochrome look. For accessories, Ileana stuck to the classic route and went for layered gold necklaces and gold rings. While for makeup she went with a dewy look and opted for a glittery eyeshadow and nude blush. We also love what she did with her hair. Keeping in mind the chic vibes of the ensemble, she went for poker-straight hair. Also do not miss the ombre-glittery nails. Perfect for a date by the beach, isn't it?

So tell us which of Ileana's beach looks you are going to try out first.