"It's Electrifying!" And That's Janhvi Kapoor In A Neon Sequin Amit Aggarwal Lehenga We're Talking About

When Janhvi Kapoor takes over the ramp, you can only expect to be a show-stopping experience 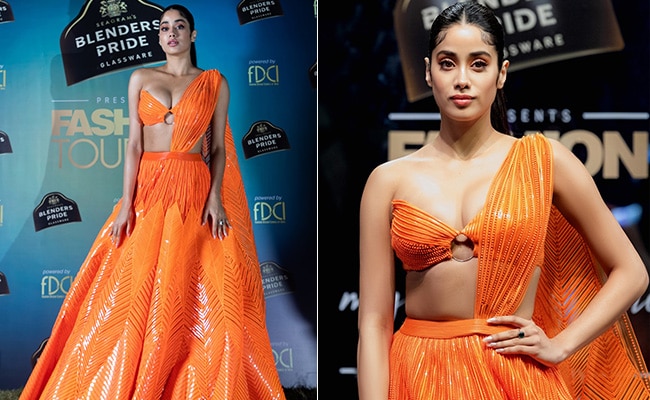 Janhvi Kapoor is a Gen Z fashionista who has managed to stay a cut above the rest. While her contemporaries definitely keep it chic, here's a girl who stays ahead of the pack. For Ms. Kapoor, fashion seems to come ahead of all her other priorities. Movie promotions, afternoons at the gym and even casual outings in the city all end up having her signature style woven in. So when Janhvi Kapoor walked the ramp for acclaimed designed Amit Aggarwal for Blender's Pride Fashion Tour in Hyderabad, you can only expect to be a show-stopping experience. For her and us, the audience too! (Also Read: Janhvi Kapoor In A Champagne Gold Gown Deserves A Moment Of Its Own)

For her catwalk moment on the runway, Janhvi Kapoor was captured wearing a glimmering lehenga in neon orange that might have radiated brighter than the sun. Her ensemble comprised of a strapless bustier with a keyhole detail in the centre. An intricately designed lehenga skirt was worn high on her waist and featured a pre-draped narrow dupatta slung across her shoulder. 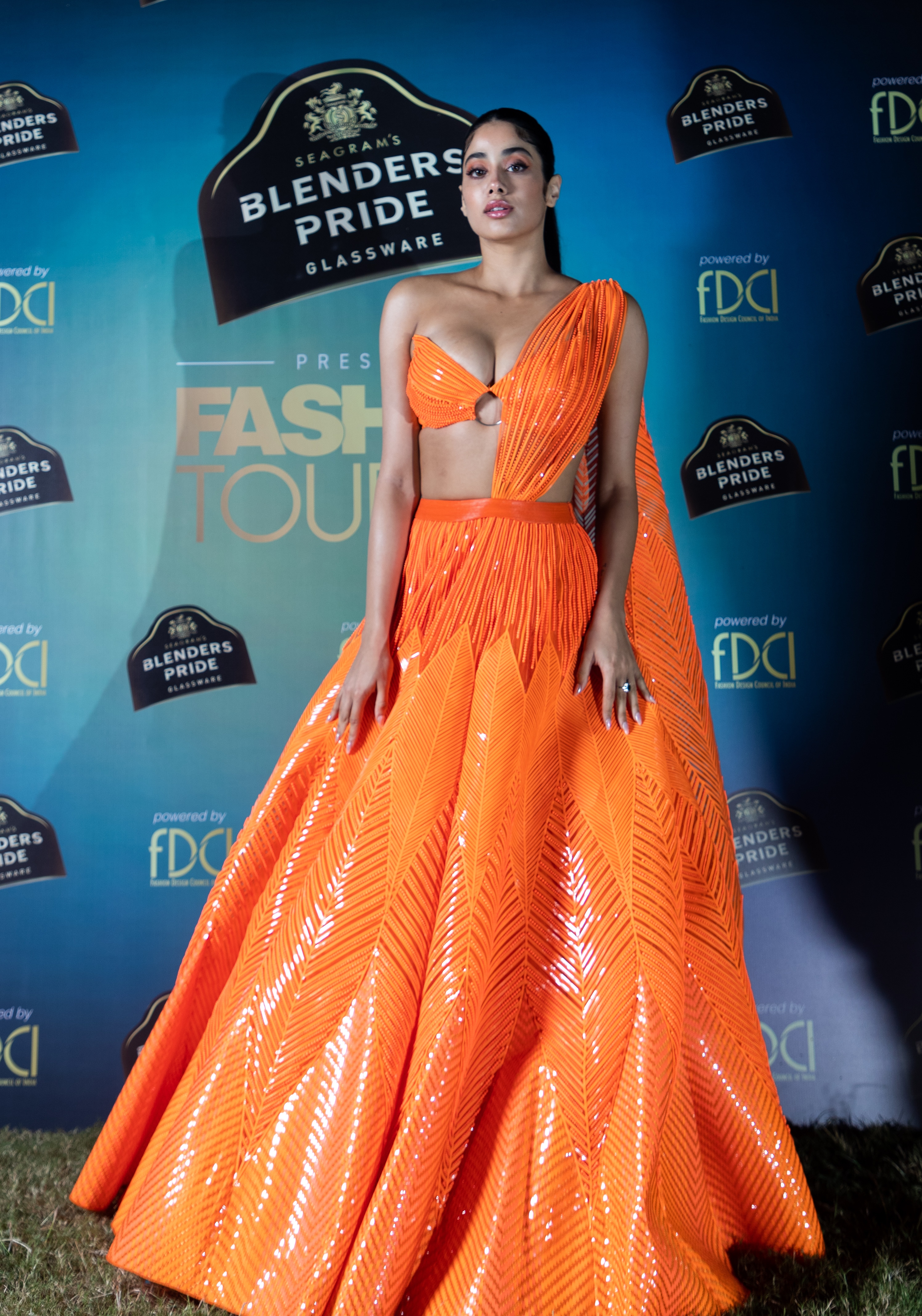 Janhvi Kapoor on the ramp

Keeping all eyes on the scintillating ethnic ensemble, Janhvi wore her hair in a sleek ponytail with her baby hair across her forehead. With a set of contoured cheeks and glossy lips, the highlight of her makeup look was literally her highlighter-esque peepers. Her orange-toned lids were defined with a dash of black eyeliner were set with fluttery lashes on a base of glowing skin. 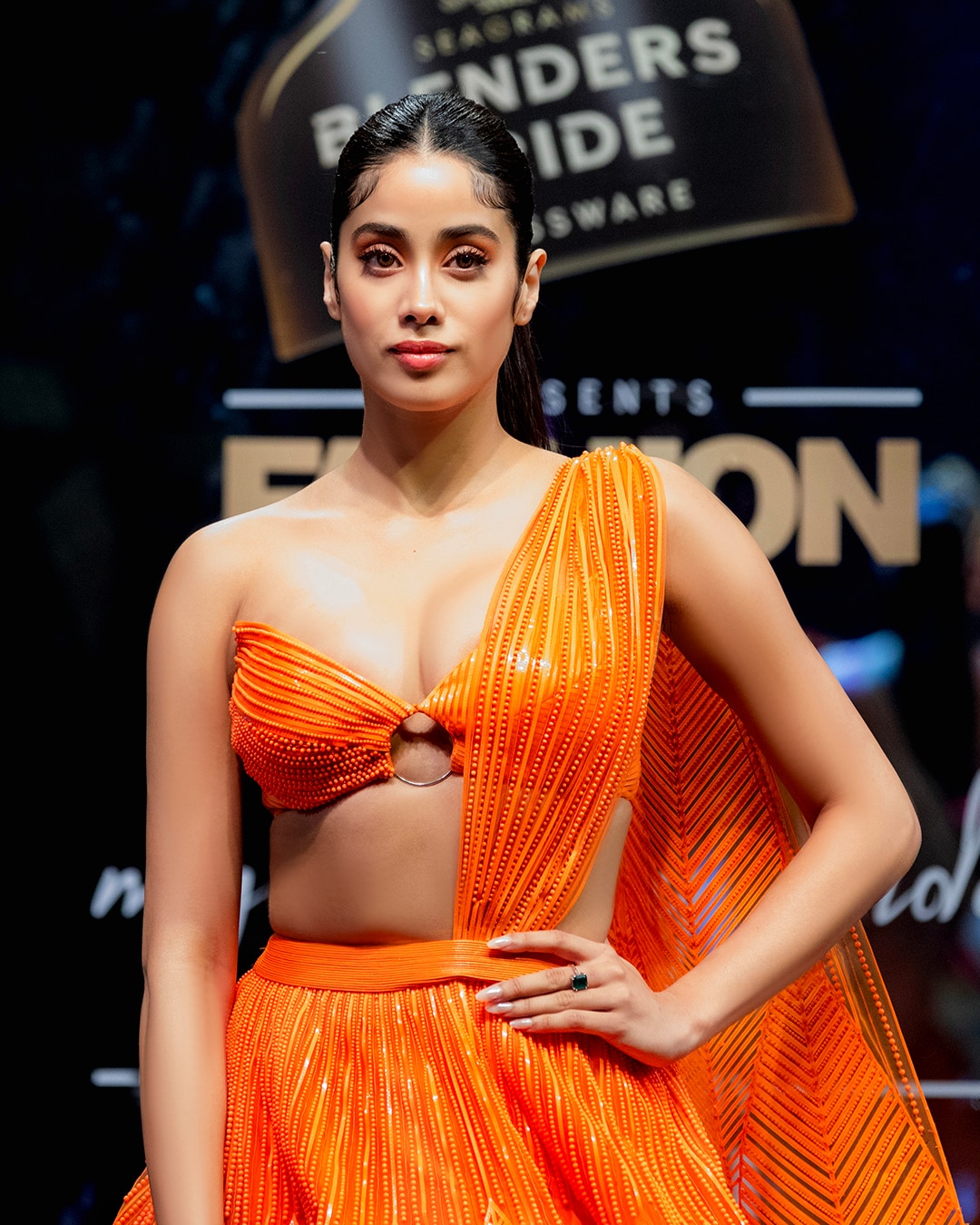 (Also Read: Janhvi Kapoor In An Aqua Sequinned Gown Is The Glitziest Mermaid Come To Life)