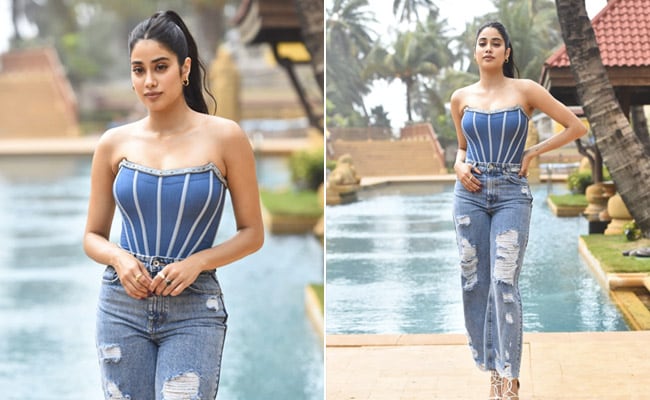 Janhvi Kapoor keeps it on point with her denim look

Denim on denim is a trend that surely doesn't seem like the easiest trend to ace but one that's truly worth it. Not only can this be styled in its many versatile ways, it looks top notch every single time. Janhvi Kapoor's denim on denim outfit is just one of the ways we would happily go the double denim route. As Good Luck Jerry's promotions begin in full swing, Janhvi Kapoor's style reaches optimum capacity as usual with every passing day this time choosing a pair of distressed mom jeans with a strapless denim corset top. Janhvi Kapoor's outfit is a chic take on the usual summer brunching outing with your girls where we bet you'll stand out any day. She keeps her makeup and hair simple and right on track with the rise in soaring temperatures with her subtle glam makeup and her wavy hair tied neatly to a ponytail.

Also Read: Janhvi Kapoor's Slinky Blue Dress Is A Cut Above The Rest

Janhvi Kapoor's casual style is easy to love and easier to recreate. Summer dresses bloom despite where she goes and almost always gives us a reason to go pick that floral dress on a warm summer day.

We love how it all comes back to her casual chic style which even though is easy to flow with is so good as it is. Blue crop tops and jeans make their way almost like a preview of what her double denim look would have been like and honestly denim or not, we could certainly go after this look.

Even though one doesn't see Janhvi Kapoor in jeans very often but when she does step out in them, they're always unlike the usual. When they're not distressed and dynamic, they're loose and relaxed but not without giving her classic combo an athleisure twist. 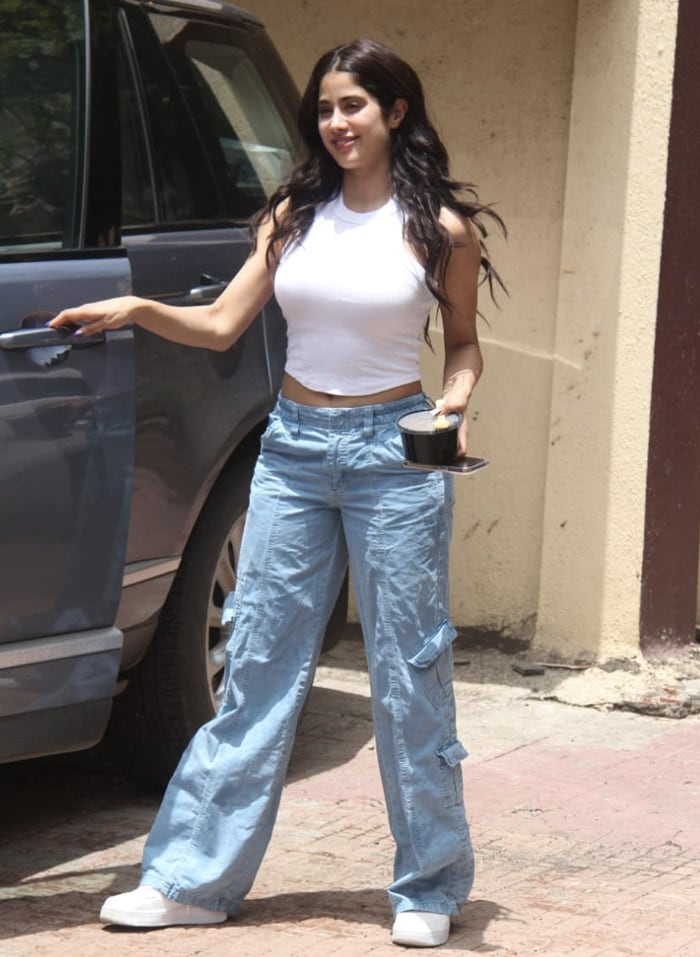 We could all get used to Janhvi Kapoor's summer style.