Thank you for the Indian fashion inspiration, Janhvi Kapoor

The newest Kapoor kid on the block has arrived. Yes, we're talking about Janhvi Kapoor, the 21 year old who seems to have already achieved somewhat of a star status fairly ahead of the release of her much anticipated debut film. The daughter of late actress, Sridevi and film producer, Boney Kapoor, is busy promoting her first film, Dhadak, that is set to release on July 20, 2018. Post the launch of the Dhadak trailer, Janhvi Kapoor only seems to be getting more love and attention - so say her 1.7 million and counting followers on Instagram and the several fan pages dedicated to her. What seems to be particularly catching the attention of her fans is Janhvi's love for Indian clothes and her inherent sense of style that seems to be simple and elegant, with a hint of trendy. Okay, more than just a hint. Janhvi Kapoor is a fashionista in her own right and her sense of style has got many floored with awe.

Currently, Janhvi and her co-star Ishaan Khattar are in Jaipur for the release of the title track of Dhadak. The song launched today afternoon at 12:30pm. For the event in Jaipur, Janhvi opted for a floor length anarkali with floral detail on the bodice as well as the lower half of the skirt. She looked absolutely resplendent.

Last night Janhvi was spotted leaving for Jaipur at the Mumbai airport. Janhvi opted for a simple kurta and palazzo pants combination for her travels. We love how effortless her style is. 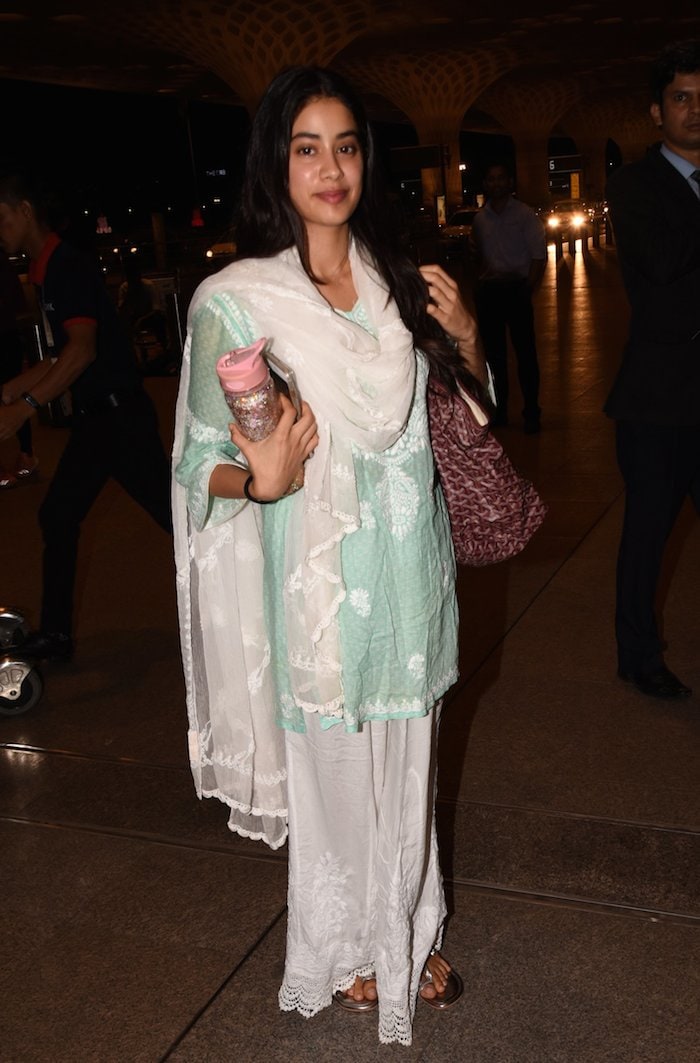 Earlier yesterday, Janhvi attended a round of promotional interviews for Dhadak. She opted once again for a floor length anarkali style garment. Only this one was bright yellow and was completed with an embroidered jacket on top. Early last week for the trailer launch of Dhadak, Janhvi opted for a green anarkali suit with bright pink borders. She kept her makeup minimal and paired her outfit with silver jhumkas. 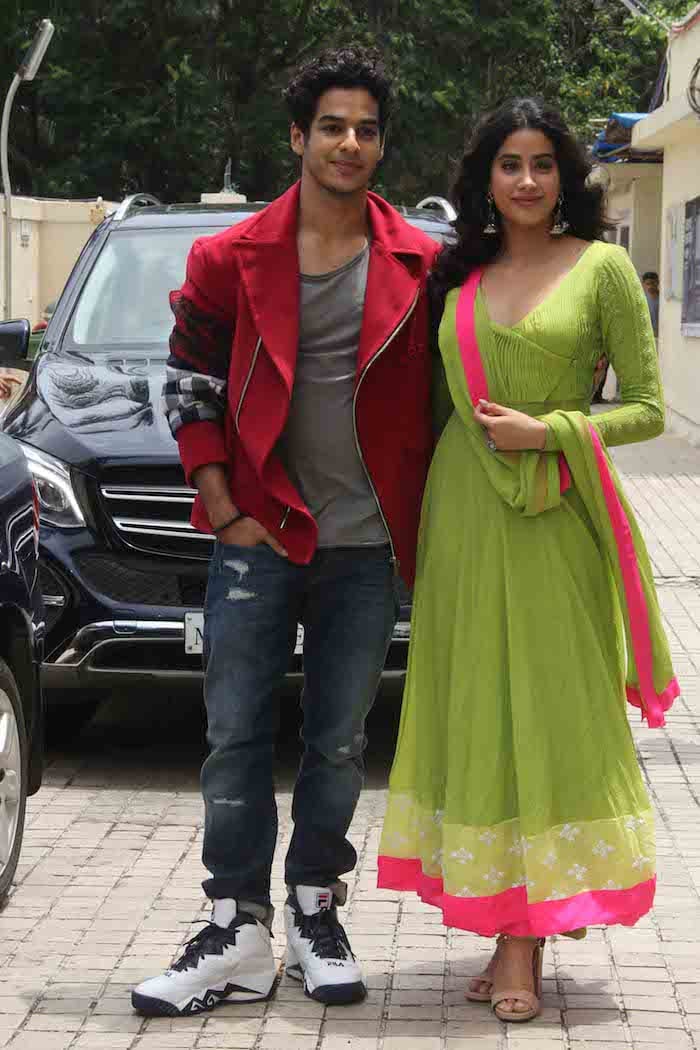 Janhvi has been opting for Indian garments and outfits for Dhadak promotions so far - and we absolutely love it. Janhvi seems to be staying as close to her character in the film, Parthavi, who seems to be wearing Indian garments through the film. More power to Janhvi Kapoor and here's hoping she continues giving us some fashion inspiration with her beautiful Indian garments.