Janhvi Kapoor in green and pink at the trailer launch

Ever since Dhadak hit the ground running in November 2017, Bollywood's loyal fan base were waiting with bated breath for a movie update. Not only did buzz abound at what the official remake of Marathi superhit Sairat would be, it also thrust Janhvi Kapoor into the spotlight. What followed were the makings of a star child turned Bollywood debutant. Janhvi was papp'd even at casual dinner dates and made cover girl months before her debut movie released. One thing is certain, even before Janhvi Kapoor officially becomes a Bollywood actress, she's already a rising style star. 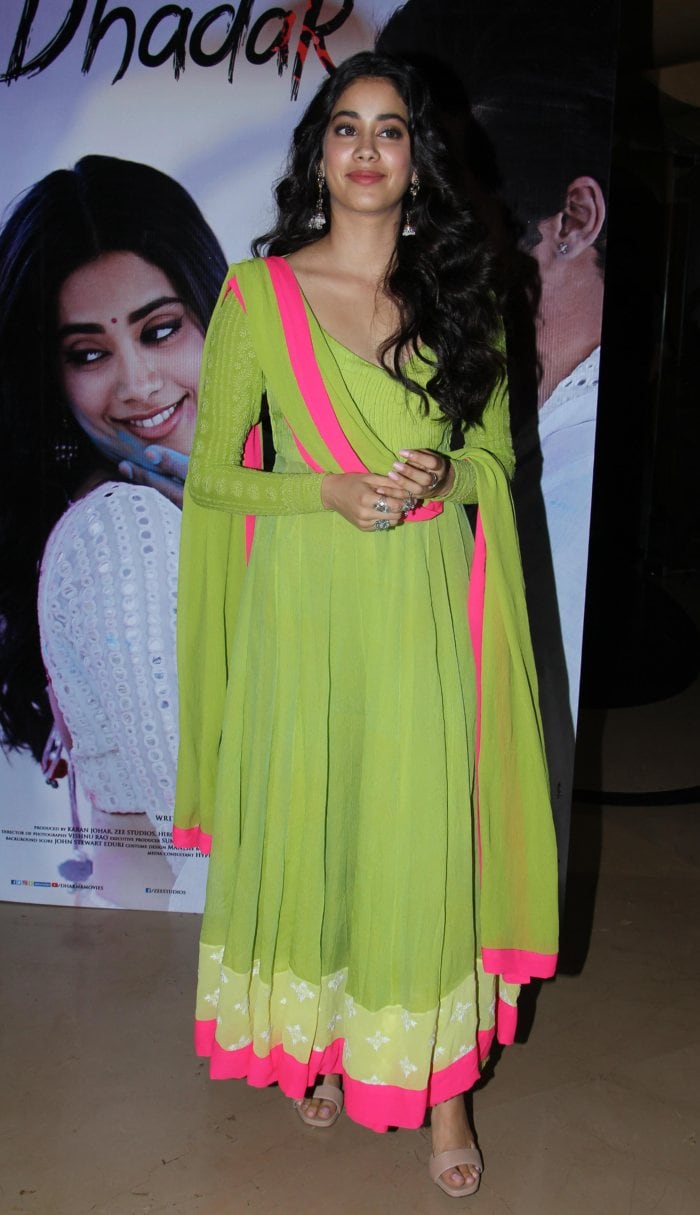 After months of anticipation, the trailer of Dhadak finally launched yesterday and even more than viewing it, all eyes were on Janhvi, even more so as it was her first official Bollywood event addressing the media. While the B-town newbie is seen to be fashion-forward as far as her personal style is concerned (Remember that gorgeous Anamika Khanna co-ordinated set?), this time she seemed to shun trends and instead, go traditional. 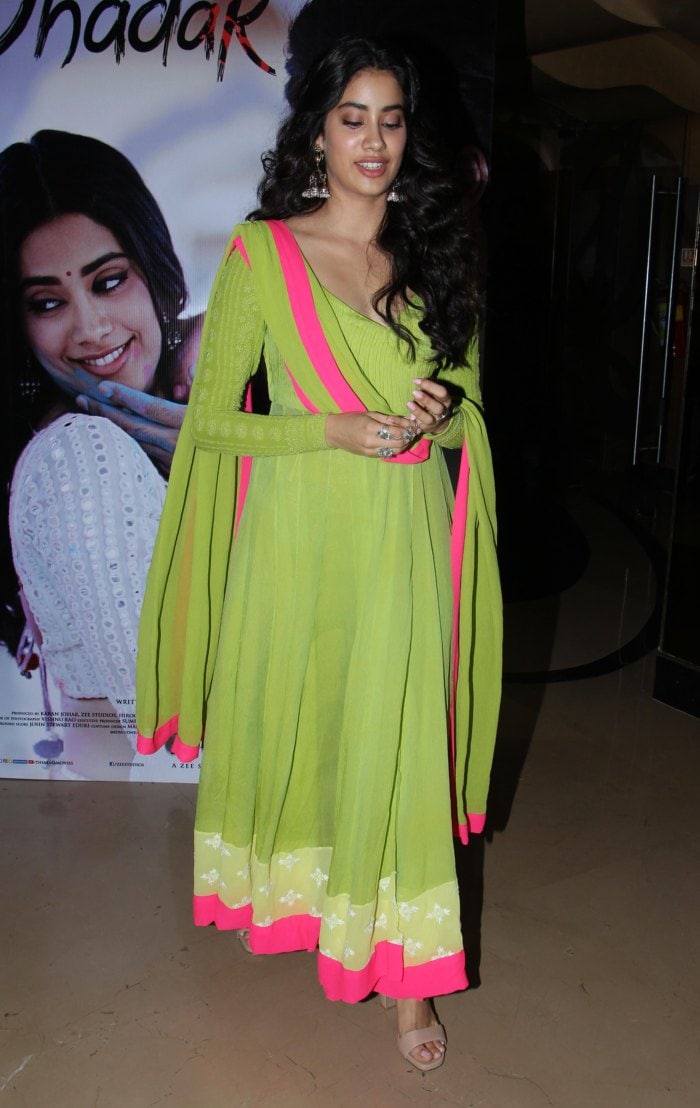 For the event, Janhvi stayed loyal to Manish Malhotra and wore his creation to mark the big day. She wore a bright green anarkali with long sleeves and a dipped neckline. What gave it a touch of vibrance was a bold pink pop, which was used over the trims of the entire ensemble. Beige strapped sandals, a few rings and dangling earrings wrapped up the simple ethnic look. Janhvi's makeup look too matched well with her outfit as she wore her long curls loose with rosy cheeks and brown makeup for her large doe eyes, a feature she has definitely inherited from her late mother, Sridevi. 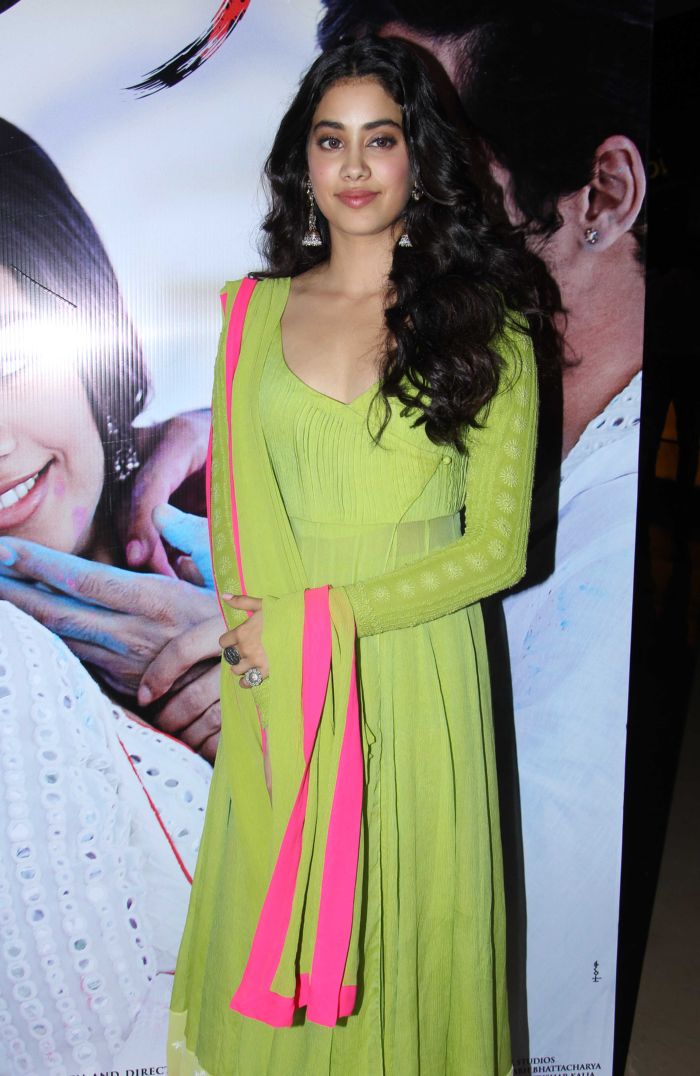 We think Janhvi did good on her first appearance for her upcoming movie. The style and colour combination of the ensemble has been done numerous times before but that doesn't take away from the fact that for a first timer, Janhvi looked lovely in her bright anarkali look.