For Bollywood celebrities, the airport is their own personal runway with styles that could give anyone a run for their money. One of them has to be Janhvi Kapoor, whose casual chic airport style definitely does the rounds on the Internet each time she is ready to depart or has just arrived. This time around, Janhvi Kapoor was seen in a military green jumpsuit with black combat boots that gave her monochrome look a fashionable update. Her yellow sunglasses gave her look a fresh appeal along with her perfectly set wavy hair.

Also Read: Janhvi Kapoor, In The Song Panghat From Roohi, Is Setting The Makeup Bar Higher 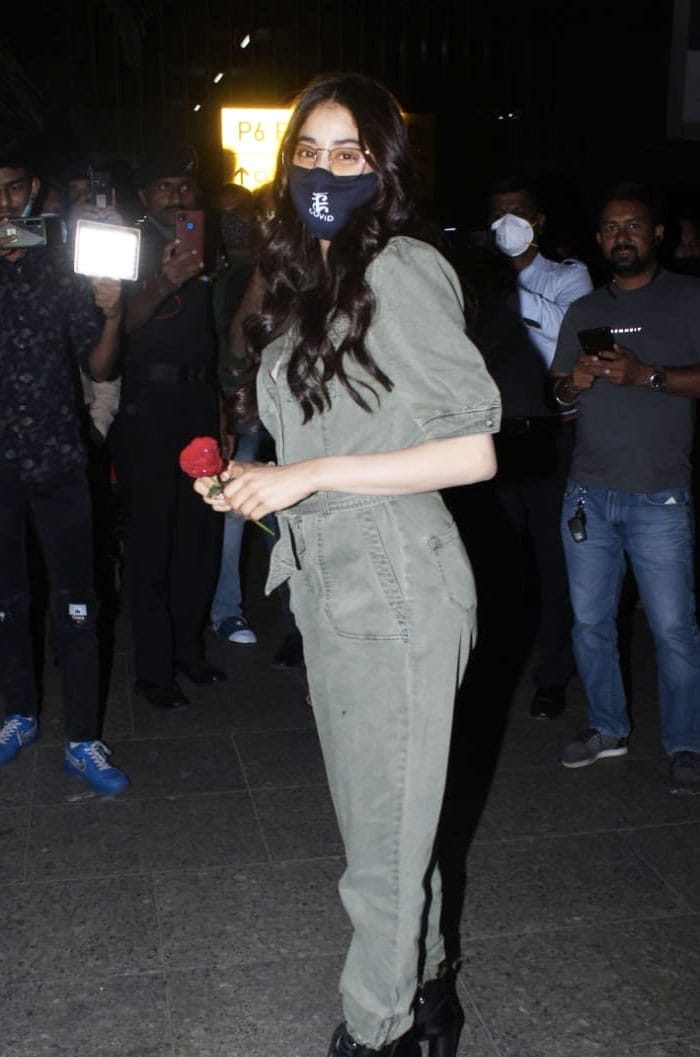 Janhvi Kapoor works her monochrome magic for an airport look

Swirlster Picks Jumpsuits For You

Janhvi Kapoor's airport style is definitely one for the books; cool casuals are Janhvi Kapoor's style motto when she is out and about and was previously seen sporting a funky denim co-ord set. Bollywood's co-ord craze strikes a chord with us and we're convinced the style is going nowhere. 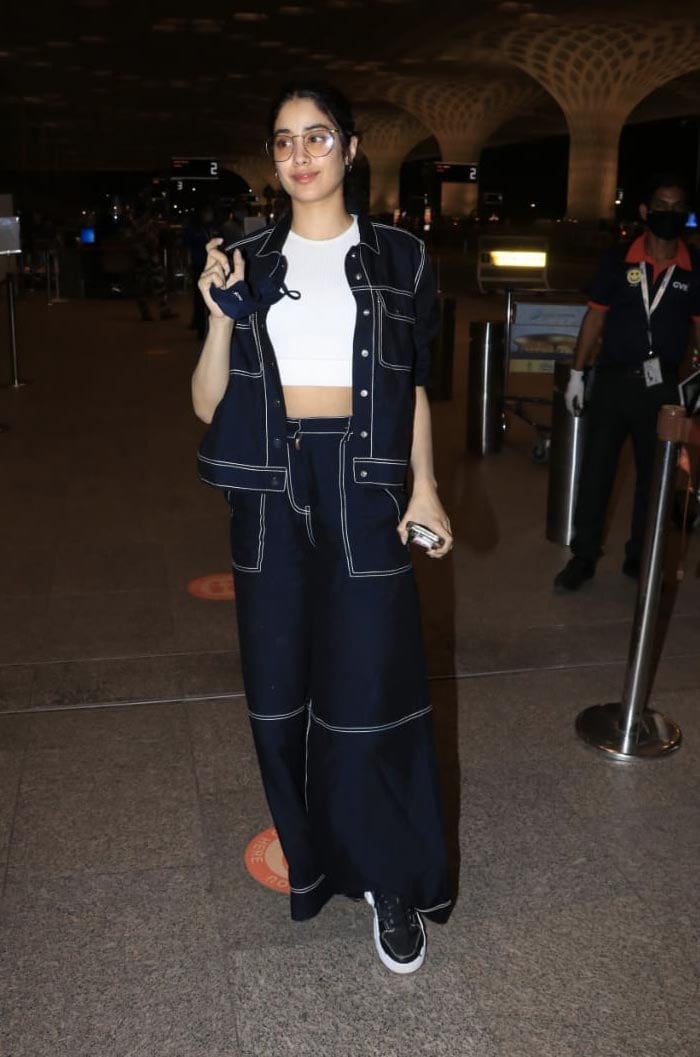 Nothing is too fancy or too basic for Janhvi Kapoor and she can perfectly sum up what's going on in our minds too. Faux shearling jackets and coats have been one of the most popular clothing pieces of winter and Janhvi Kapoor dons one expressing what we all think about working from home with her apt expressions.

Also Read: Janhvi Kapoor Takes Off In A Too Cool To Be True Airport Look

In yet another winter look, Janhvi Kapoor's silver puffer jacket made quite the impression for its eclectic style that took cool girl fashion to a whole new level. What caught our eye was her slogan beanie that we can all probably resonate with. Paired with a bright orange pullover underneath, is this what looking cool is while you keep yourself warm and snug? We guess so!

To get shopping like your favourite celebs, head to NDTV Shopping.