Janhvi Kapoor was spotted in the city

Janhvi Kapoor can wear almost anything with ease. Whether it's a couture gown or beach day bikini, her fresh and fabulous fashion sense can nail any look with ease. Her weekend casual outfit was one of them. To grab lunch with her sister Khushi Kapoor, Janhvi kept it sporty cool; something we barely ever see her in. The Bollywood actress opted for a white sleeveless crop top and paired it with blue full-length denim dungarees. The spunky touch came from pink and orange Nike Air Jordan sneakers. But it was the designer addition to this outfit that had us sold. Complementing the blue tones of her outfit, Janhvi strapped the Goyard Blue Urbain Messenger cross body bag on her shoulder. Costing approximately Rs 1,28,000, it was a luxe touch that didn't look out of place with her casual look. Janhvi Kapoor take a casual look up several notches with her designer pieces. 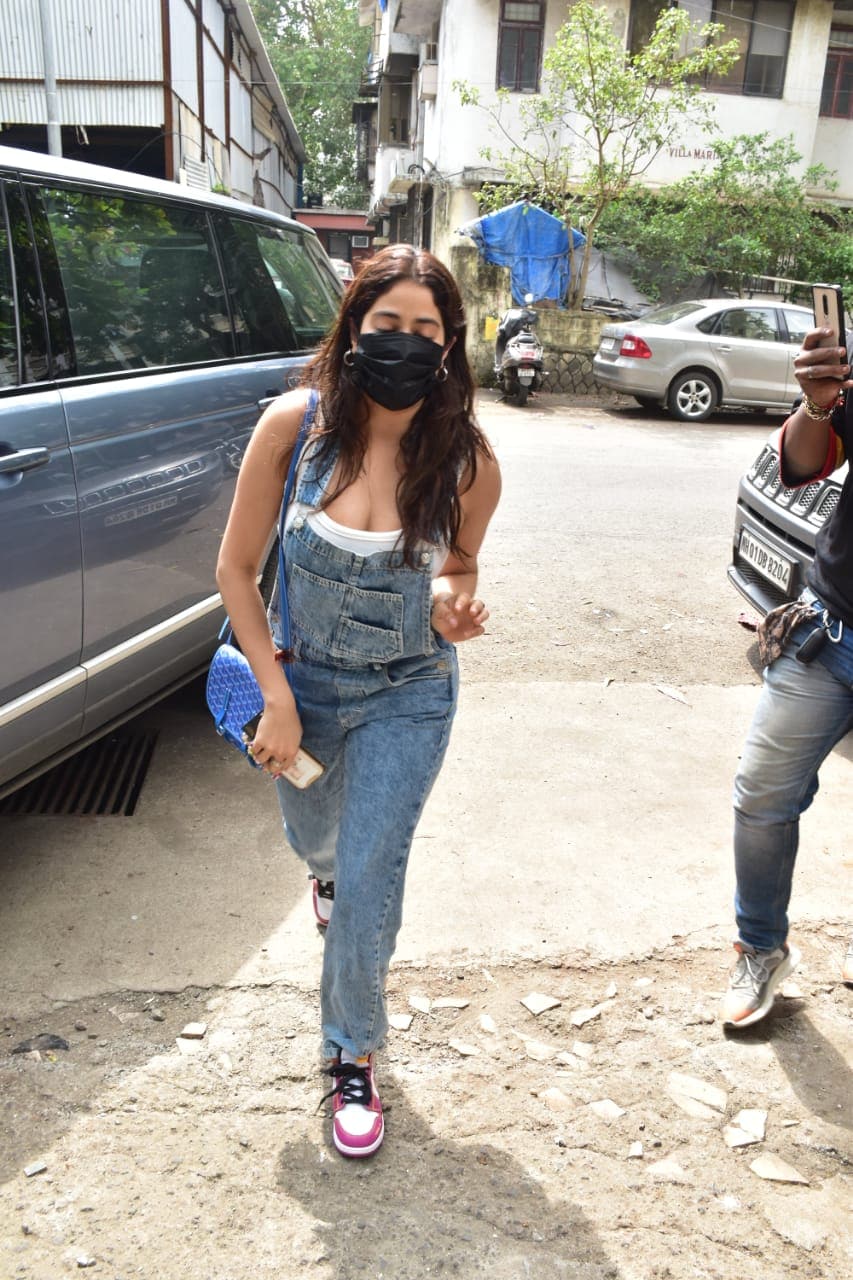 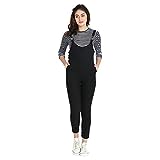 (Also Read: We Simply Cannot Look Away From Janhvi Kapoor As She Sets Glowing Beauty Goals)

Janhvi Kapoor is a long time fan of the designer and we've seen it time and time again when she's around in the city. When she travelled recently, she wore a white sleeveless cropped jumpsuit with a tie-dye face mask and beige heels. In her hand was a black Goyard handbag that cost approximately Rs 3,00,000. 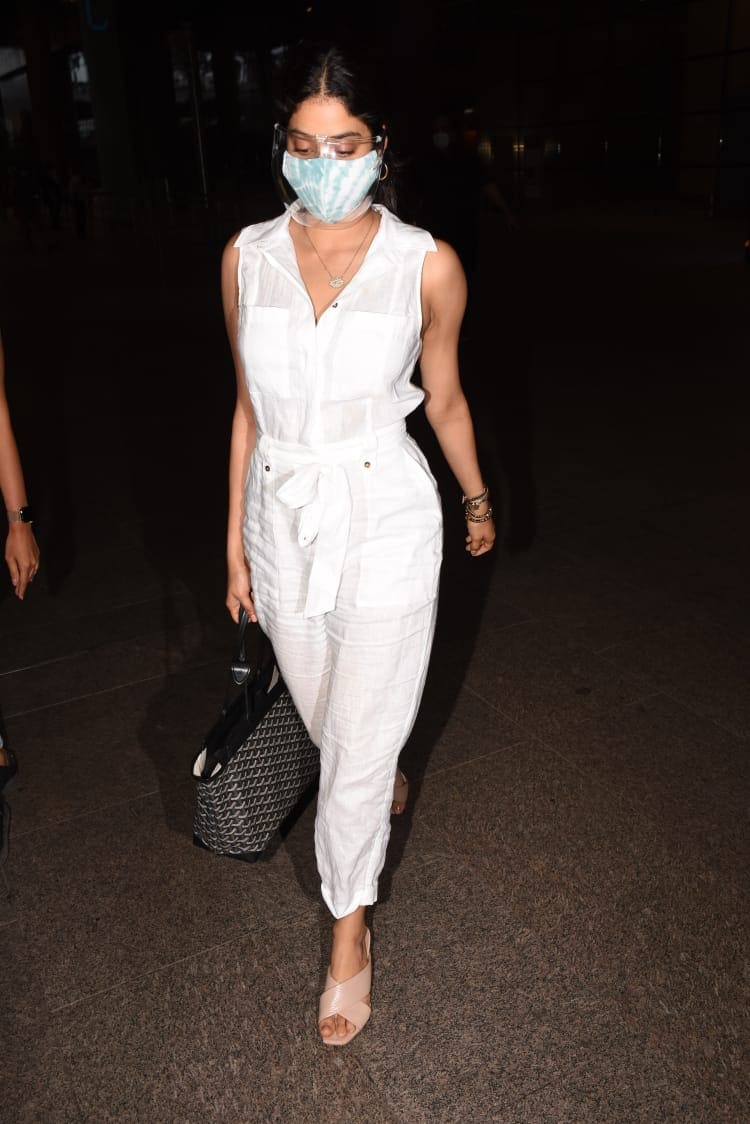 It also made an appearance with her rocker chic look when Janhvi wore a printed white t-shirt with ripped jeans and studded boots while carrying the Goyard handbag with her. 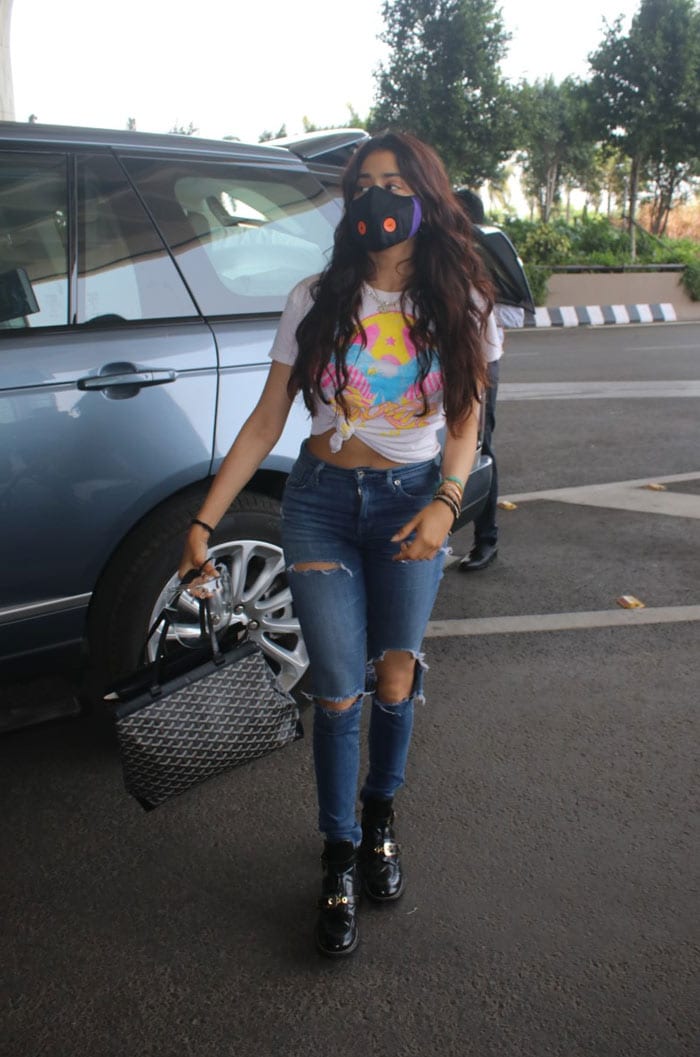