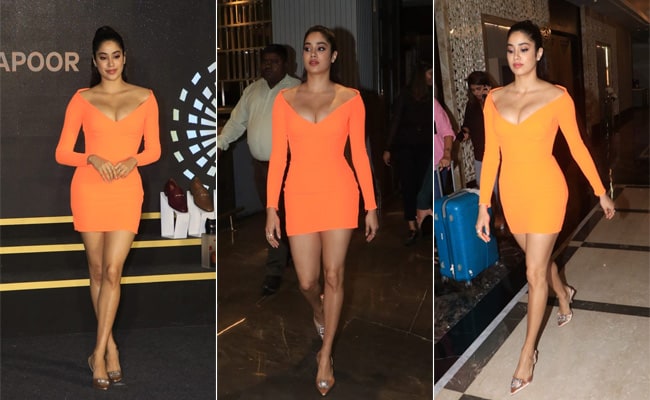 Janhvi Kapoor can do it all with ease. When she's out for coffee dates, she clings to casual tees and jeans. And just as effortlessly can she dress up in the shiniest saree to question the existence of stars before her. In the middle of all these fashion moments, she creates one simply with the help of her sensational bodycon dresses to prove that sometimes minimal is marvelous. For an event in the city, Janhvi Kapoor picked a bright orange mini dress that was pretty much the fire emoji summed in an outfit. The off-shoulder extends to a structured sweetheart neckline which plunges to flatter her figure. She picked embellished satin mules and didn't need any other dazzling element added on top. Her makeup was a fresh take on the smudged liner topped with a peachy hue on her lids and lips. Janhvi Kapoor's bodycon dresses are a mood we can totally resonate with. 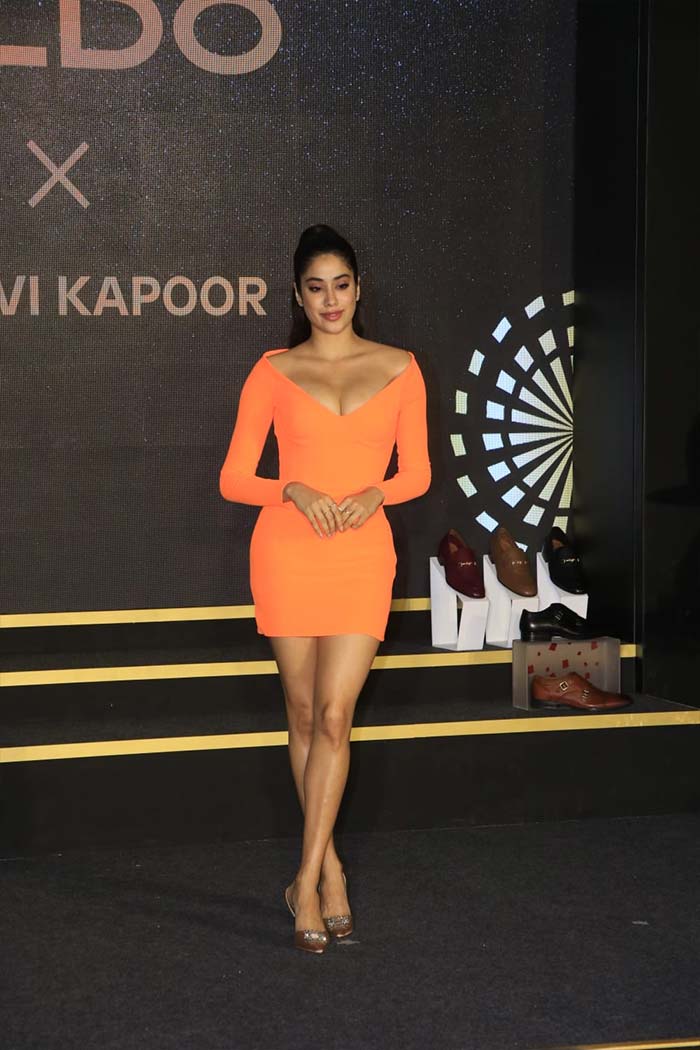 Barbiecore is all what everyone's talking about. But Janhvi Kapoor made it her very own flair to channel Barbie baby vibes in a short strappy pink dress. The Barbie vibes don't end there though; soft pink lids, pink heels and a pretty pink lip added a chic touch to the look.

Bodycon dresses are for every mood. But with Bollywood beauties like Janhvi Kapoor around, even classics get a whole new meaning. Janhvi Kapoor wore a white mini bodycon dress with as much as ease a black one and we may be confused which one's a classic in her opinion.

Janhvi Kapoor's bodycon dresses can take many forms and colours but her love for the silhouette is her most favourite for sure.

Also Read: Rainy Days, We Raise You One Gorgeously Vivid Look By Janhvi Kapoor In A Multicoloured Printed Maxi Dress