Janhvi Kapoor's casual chic days include a simple white tank top, black jeans and nothing else 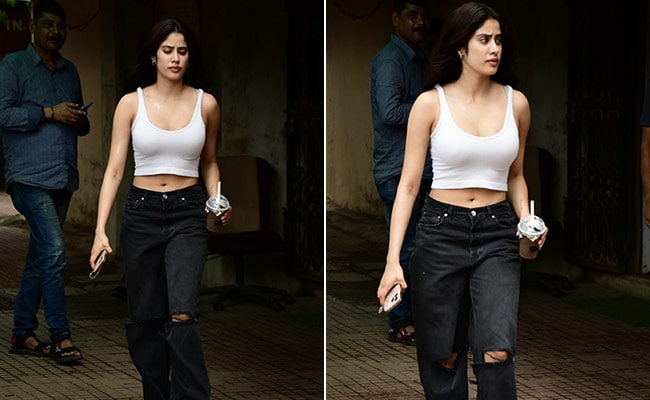 It's either black, white or both for Janhvi Kapoor's casual chic day

Janhvi Kapoor has an incredible way with her casual everyday outfits. We all know she loves a glittery outfit for days, you should know it by now after her latest appearance on Koffee With Karan with Sara Ali Khan. But anyone who knows Janhvi Kapoor also knows she loves a casual outfit just as much. Whether she is travelling, heading to or from the pilates studio or casually returning from a coffee errand, it is hard to miss Janhvi Kapoor in one of her many casual outfits. There's no rocket science to getting a casual chic outfit right; just a few tricks to pick the right basics is more than enough. A white tank top with a pair of wide leg jeans is a no-brainer to get your fashion fix in place. No casual chic outfit is complete without a pair of white sneakers and neither was hers. No makeup, no fancy hairstyles and yet she looked ready for business. No matter where she was off too, we know she'd clear the path even with her simplest casual fit. 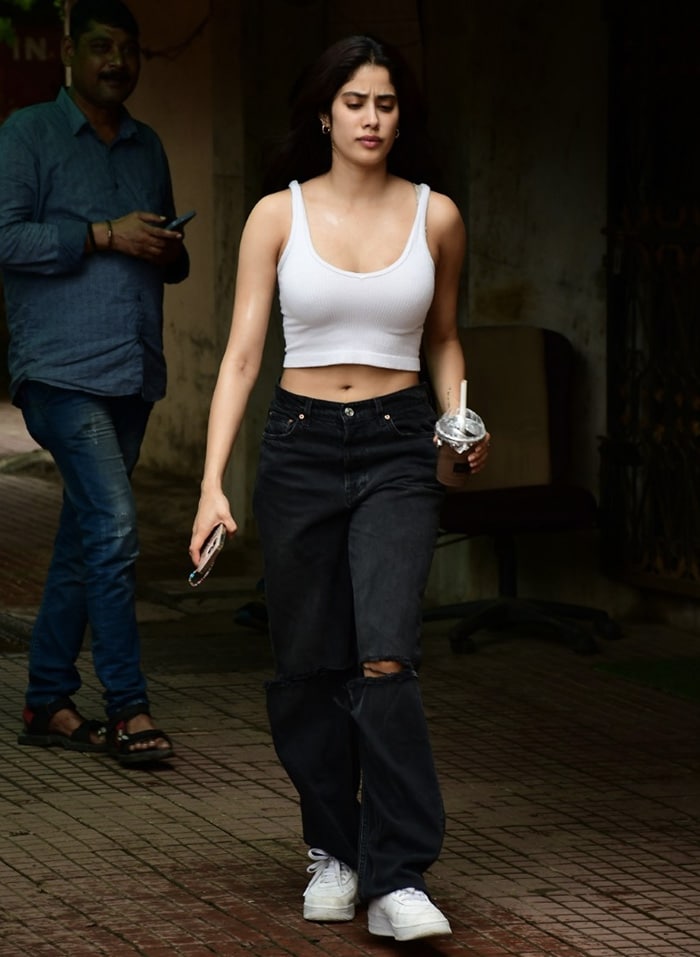 Janhvi Kapoor probably has the best off-duty looks around town. You can often see go pillar to post in the city but never looking less than her usual casual chic less. Blue cargo jeans, her pink tank top and Goyard sling bag are her companions to go to and fro stylishly. Fuzzy slippers keep him snug all through the year in case you couldn't tell. 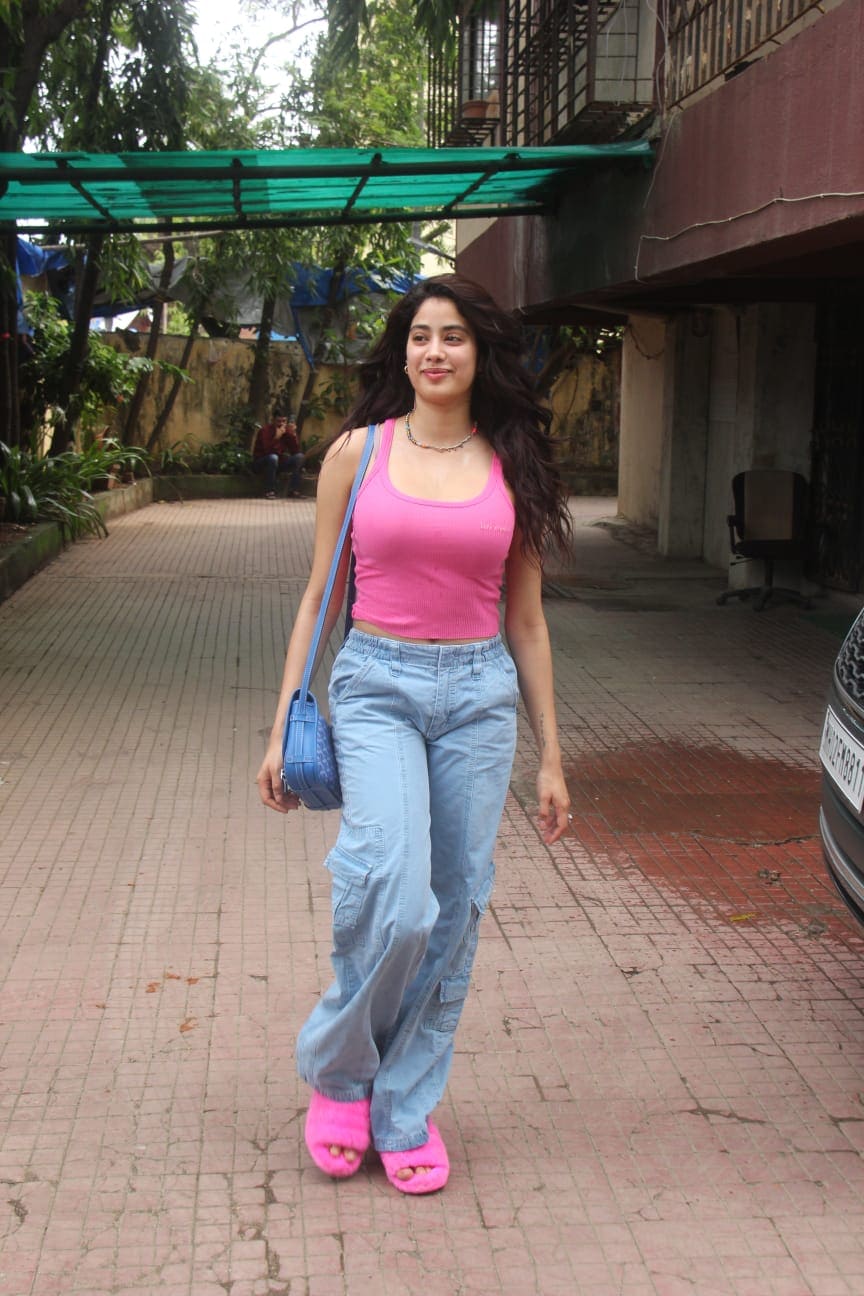 When Janhvi Kapoor steps out in town, her jeans and a tank top is all she needs.