Manish Malhotra seems to have outdone himself once again. The clothes on Janhvi, Khushi and Ishaan definitely suggest that 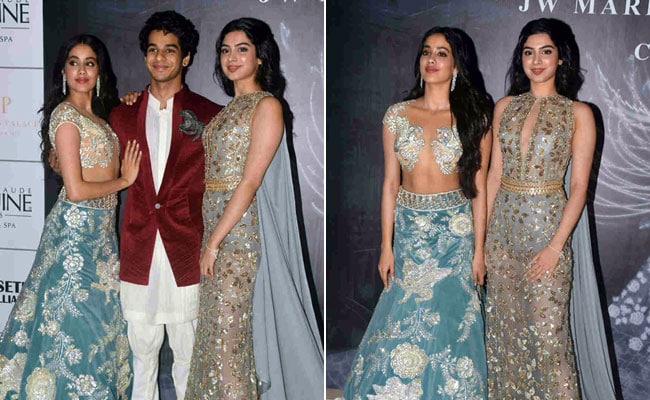 In his latest quest to stun his fans and audience once again, designer Manish Malhotra presented his Indo-Persian inspired couture collection, Zween, at his show held in Mumbai last evening. In attendance were, of course, Karan Johar and Dharma Productions' latest prodigies - Janhvi Kapoor and Ishaan Khatter. Janhvi and Ishaan are basking in the success of their debut Hindi film, Dhadak, which released last month. Their film is the latest in the line of Bollywood films to have crossed the 100 crore mark in gross collections worldwide. It's no wonder that the two walked into the Manish Malhotra Couture Show 2018/19 looking and shining like absolute stars.

Janhvi Kapoor and Ishaan Khatter made an entry into the venue together. The Dhadak duo has already been receiving much love and adulation for their individual performances in the film. But what the audiences seem to love even more is Janhvi and Ishaan's chemistry on reel and in real life (all their fan clubs on social media are proof). Janhvi and Ishaan were spotted together all the time during the promotions of the film, but last night served as one more opportunity for their fans to witness this on-screen couple together. 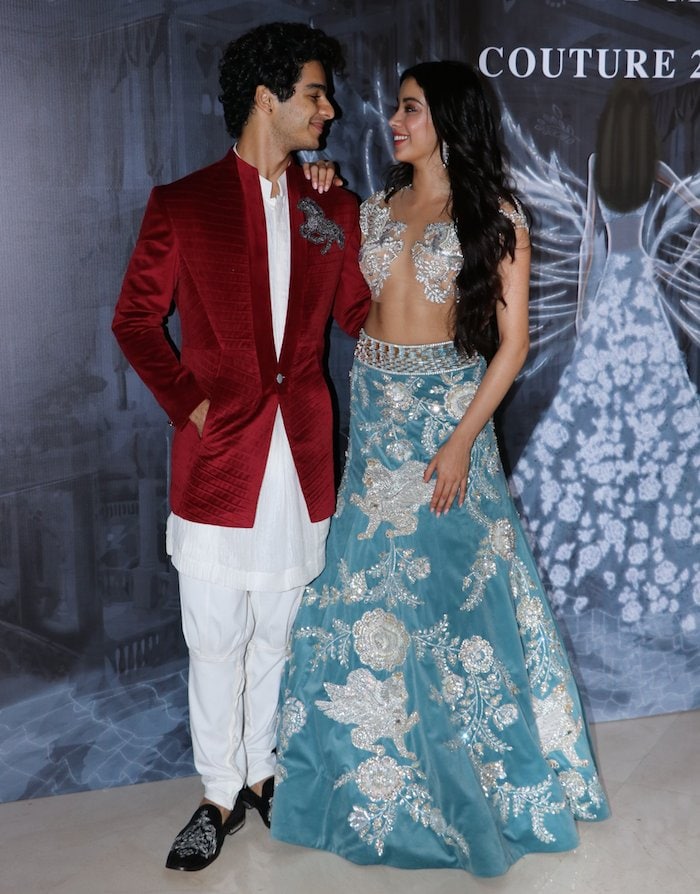 While Ishaan was dressed in a red velvet blazer with a large silver brooch, white kurta and jodhpuri pants, Janhvi wore a beautiful teal coloured lehenga with pegasus and floral motifs in silver and gold. While the lehenga was beautiful, what really stood out was Janhvi's semi sheer statement blouse. Her blouse featured two pegasus like creatures embroidered onto a sheer net fabric. 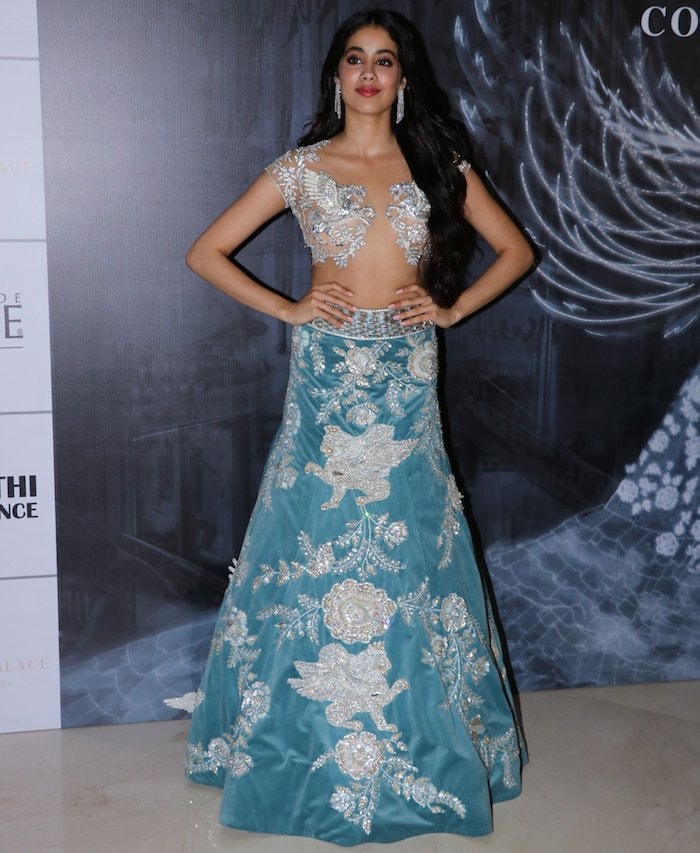 Janhvi and Ishaan made a fabulous entry, but they weren't alone. Also joining the duo was Janhvi's younger sister, Khushi Kapoor.

Khushi nearly stole the show as she made an entrance in a sheer grey embellished gown. Khushi's gown featured an opaque panel on top, followed by sheer fabric with work all the way down. Doesn't she look absolutely stunning? 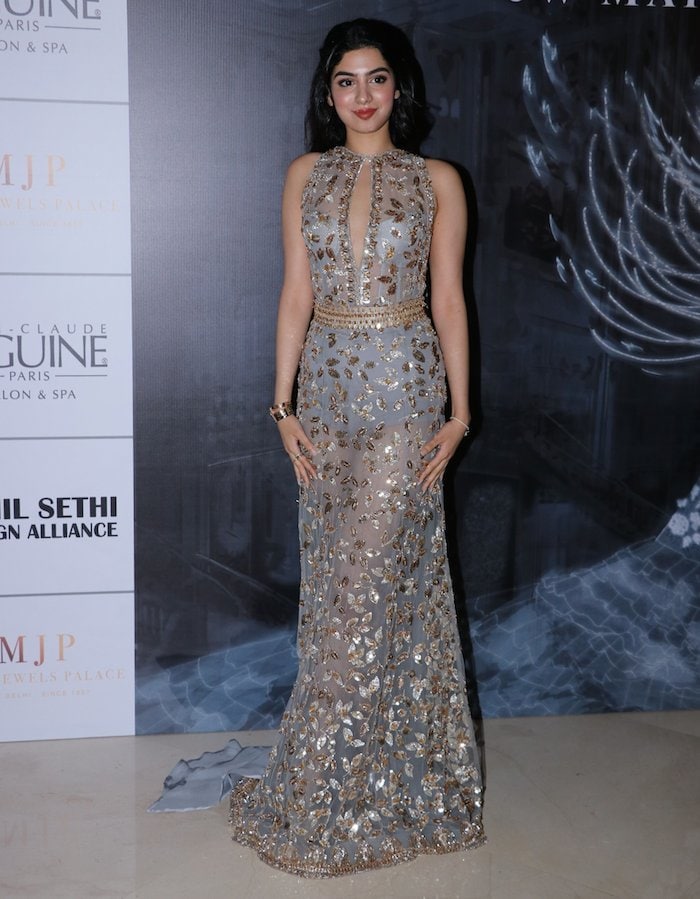 Manish Malhotra really seems to have outdone himself once again. The clothes on Janhvi, Khushi and Ishaan definitely suggest that.