The 11th edition of Indian Couture Week 2018 has started on a very stylish note. Kicking off the event was two of the country's ace fashion designers, Anju Modi and Tarun Tahiliani, who mesmerised one and all with their exquisitely crafted creations. Among the glitz and glamour, highlights of the evening was also the stunning appearances by two Bollywood actresses who were showstoppers for the respective designers: Kangana Ranaut walked the ramp for Anju Modi whereas Aditi Rao Hydari did so for Tarun Tahiliani.

Kangana Ranaut walked the show for Anju Modi in a jewel-tone, Victorian era-inspired ensemble from the line 'A Maiden's Prayer'. She wore an embroidered cape which stole the limelight as she walked to the tunes of Beethoven's Swan Song. Adding dazzle to her attire was exclusive jewels created by RK Jewellers South Extension-II, which was in perfect symphony with 'A Maiden's Prayer'. 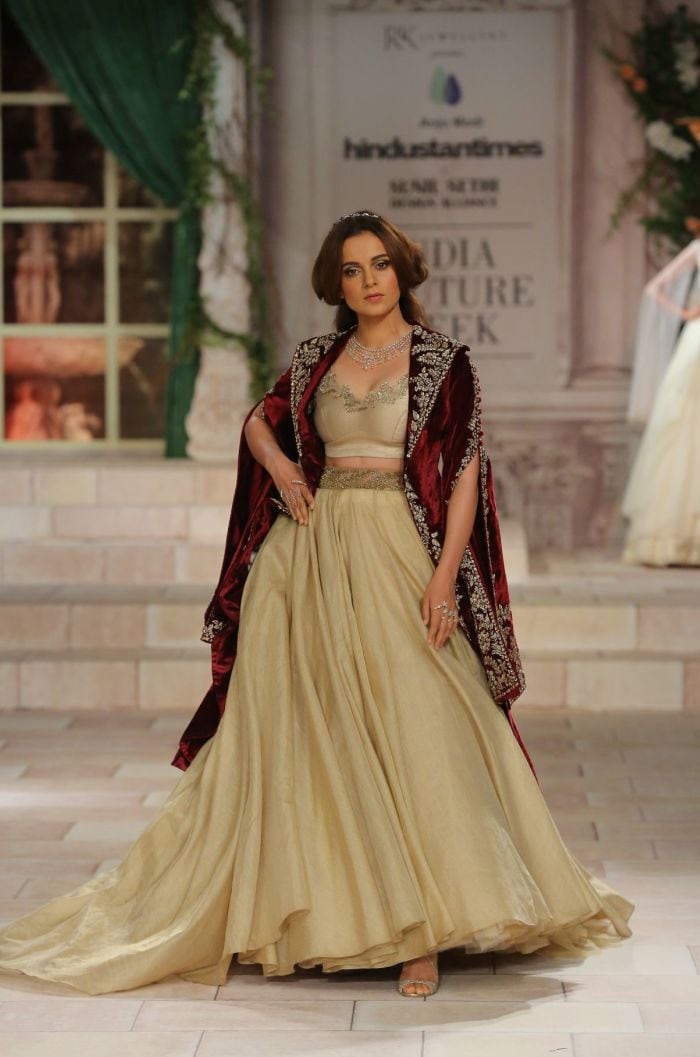 Describing her outfit and look after the show, Kangana told the media, "This is a Victorian cape, and I have taken the look very seriously. I am in full character, and I feel I can break into a dialogue."

She further added that Modi's designs are "surreal" and the choreography and set design for the show were "enchanting".

"I had fun because it had so much to do with glamour. I felt a little choked that it was so romantic, but painfully romantic. So I enjoyed it," Kangana told the media. 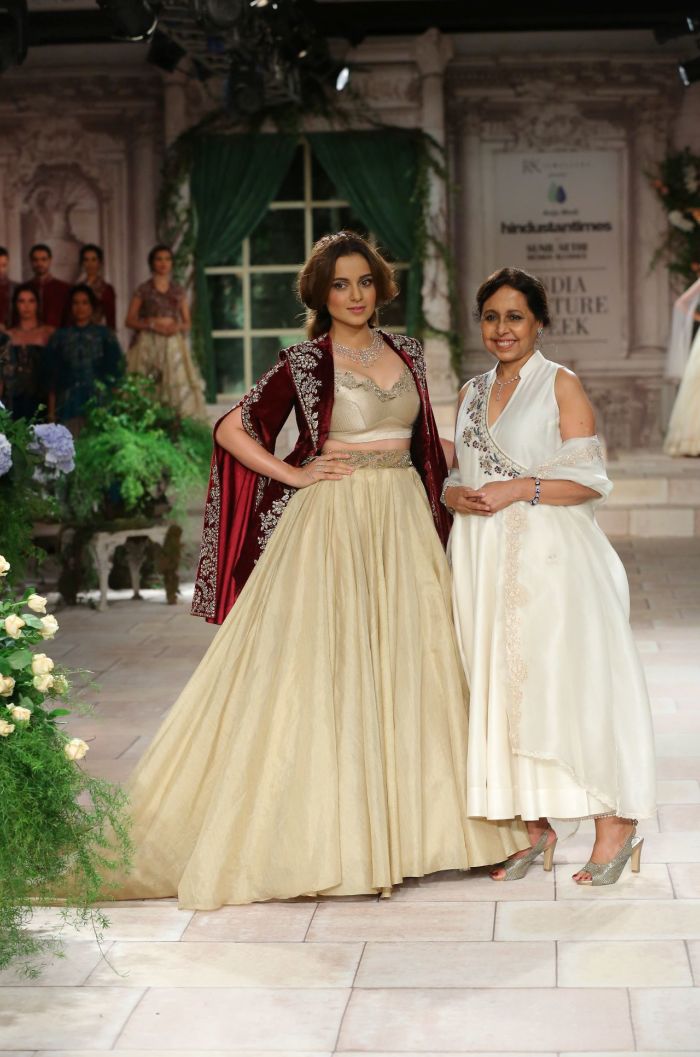 For the first show by Tahiliani, a veteran in the Indian fashion couture market, Aditi Rao Hydari exuded elegance in a muted but Swarovski-embellished lehenga with a gossamer veil, which the designer held as she walked to take a final bow. 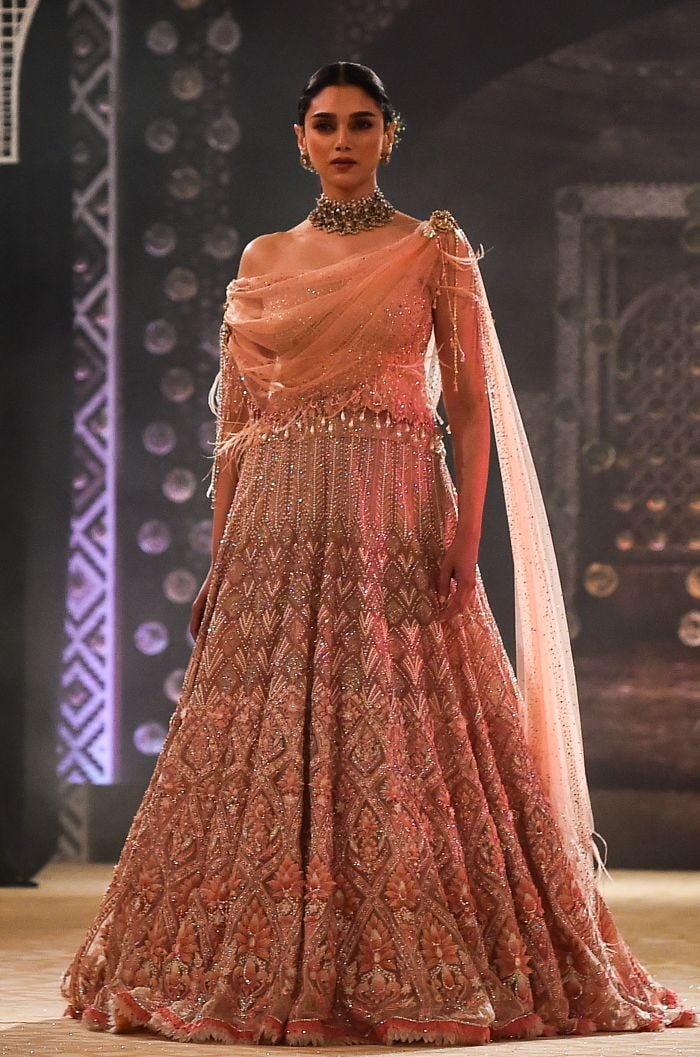 Aditi praised Tahiliani's knack for designs, which are rooted in heritage and tradition, yet modern. "It really makes a huge difference when you have an airy, light and gossamer veil. A bride should be able to get up and dance like a free spirit. They want to enjoy their special day and not be weighed down by kilos (weight of the clothes)," told the "Padmaavat" actress to the media post the show.

Tahiliani promptly added: "Absolutely... Every bride wants to do that. It's not just a groom's purview in a 'baraat' (wedding procession). Now the brides dance more." 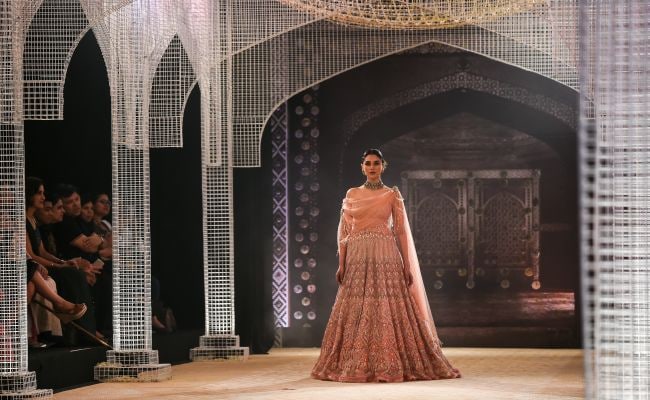 On the design front, Tahiliani's couture and occasion Wear 2018-2019 line 'In Elysium' was dominated by shimmering florals and light drapes for women, while Modi also took a detour from her usual, heavily embroidered lehengas.