Kareena Kapoor Is A Golden Goddess In A 30-Kilo Lehenga

Trust Kareena Kapoor to grab all attention everywhere she goes. The style icon has been sporting the best of fashion all through the season - from lending a chic spin to everyday casuals to making trendy style statements during the promotions of Veere Di Wedding. So naturally, when news got out that Kareena was going to be the showstopper for designers Falguni-Shane Peacock's fashion show for the ongoing India Couture Week 2018, everyone waited eagerly to see her look. And sure enough, Kareena nailed it by dazzling in a 30-kilo heavily embellished golden lehenga!

Designers Falguni-Shane Peacock, who have designed for the likes of Britney Spears, Katy Perry and Jennifer Lopez, and have created ripples at various international fashion weeks like London Fashion Week and shows in Paris, showcased their couture line at the ongoing fashion gala. The collection included their signature use of feathers, sequence and prints, and the juxtaposition between contrasting elements to give a modern spin to traditional wear. It was teamed up with jewels by Prakshi Fine Jewellery.

Kareena walked the ramp with poise in a stunning golden lehenga that had a Parisian feel. The heavily embellished lehenga weighed about 30-kilo, and Kareena kept the rest of her look minimalistic to keep all attention on the attire. 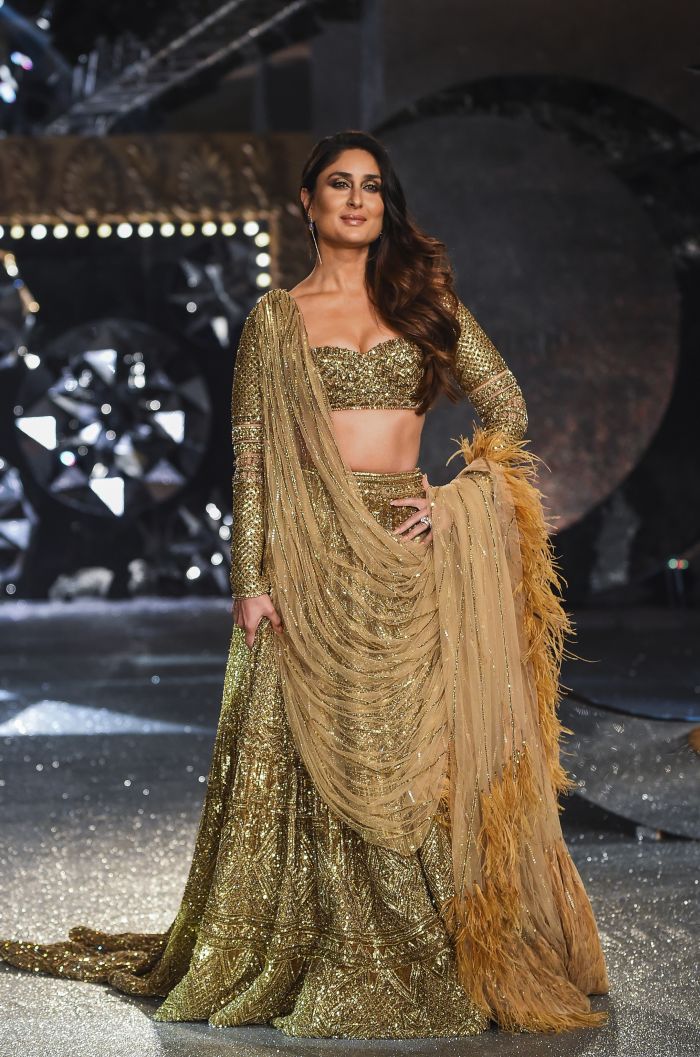 Post the show, Kareena told the media: "I have walked the ramp for nearly a decade and more, but probably this is the first time I am wearing an outfit that weighs 30-kilo. But if it wasn't for Falguni and Shane Peacock, I wouldn't have done it for anyone else. It's making me feel glamorous. But I know it's really really tough when you wear these heavy outfits throughout. But I am looking beautiful."

In an interview with IANS, the designer duo had shared their inspiration behind the collection. "The inspiration has been derived from the palace of Junagarh, where a Parisian queen was invited for a mela. The folklore is very modern-chic and will resonate with the new age women. It is for the modern bride, a woman who knows exactly what she wants and is fuss free. It's something we can showcase at the Paris couture week if we cut the excess frill and other elements." 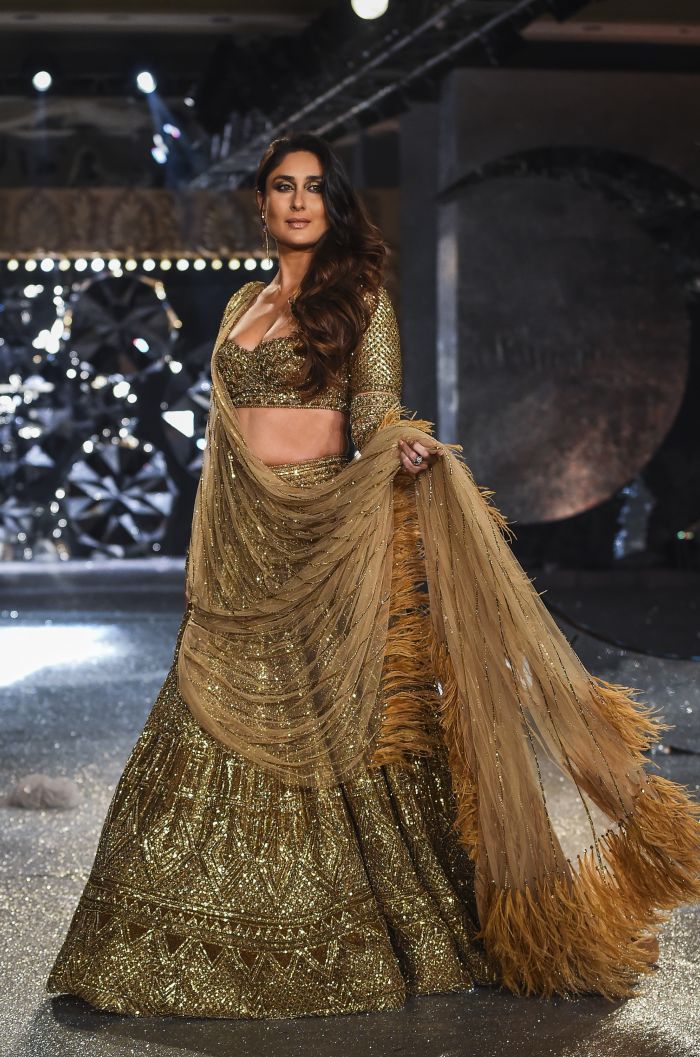 It's not the first time when Kareena Kapoor has looked like a vision in gold. During the wedding reception of Sonam Kapoor and Anand Ahuja, Kareena was one of the most stylish celebs by being dressed in a glittery gold lehenga-saree by Manish Malhotra. 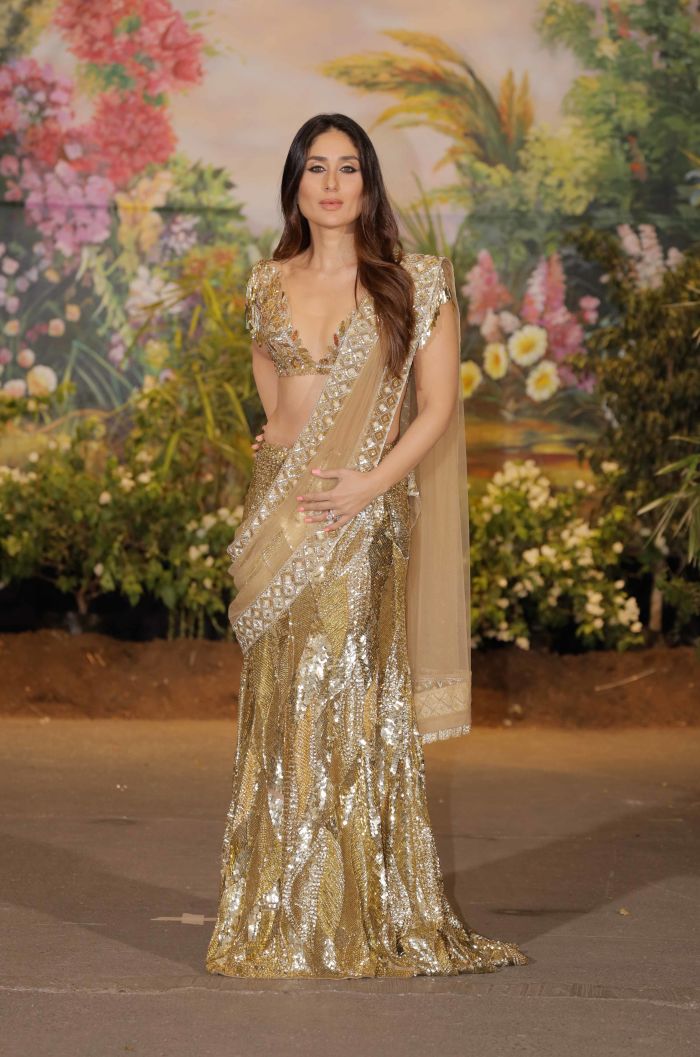 Really, is there any look that Kareena Kapoor can't nail?