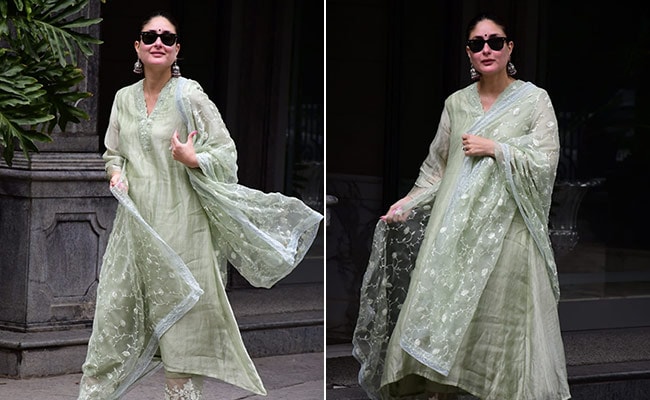 Kareena Kapoor takes a very different route when it comes to dressing up. She doesn't shy away from a trend but neither does she follow it to the T and end up looking like everybody else in Bollywood. When she wants to choose comfort in an almost night suit when she steps out in the city, that's the choice she makes. And when Kareena Kapoor wants to give her ethnic outfit a very cool touch that only she could pull off, that's exactly what Kareena Kapoor does. Knowing how influential her style can be, we won't be surprised if it ends up becoming a trend. 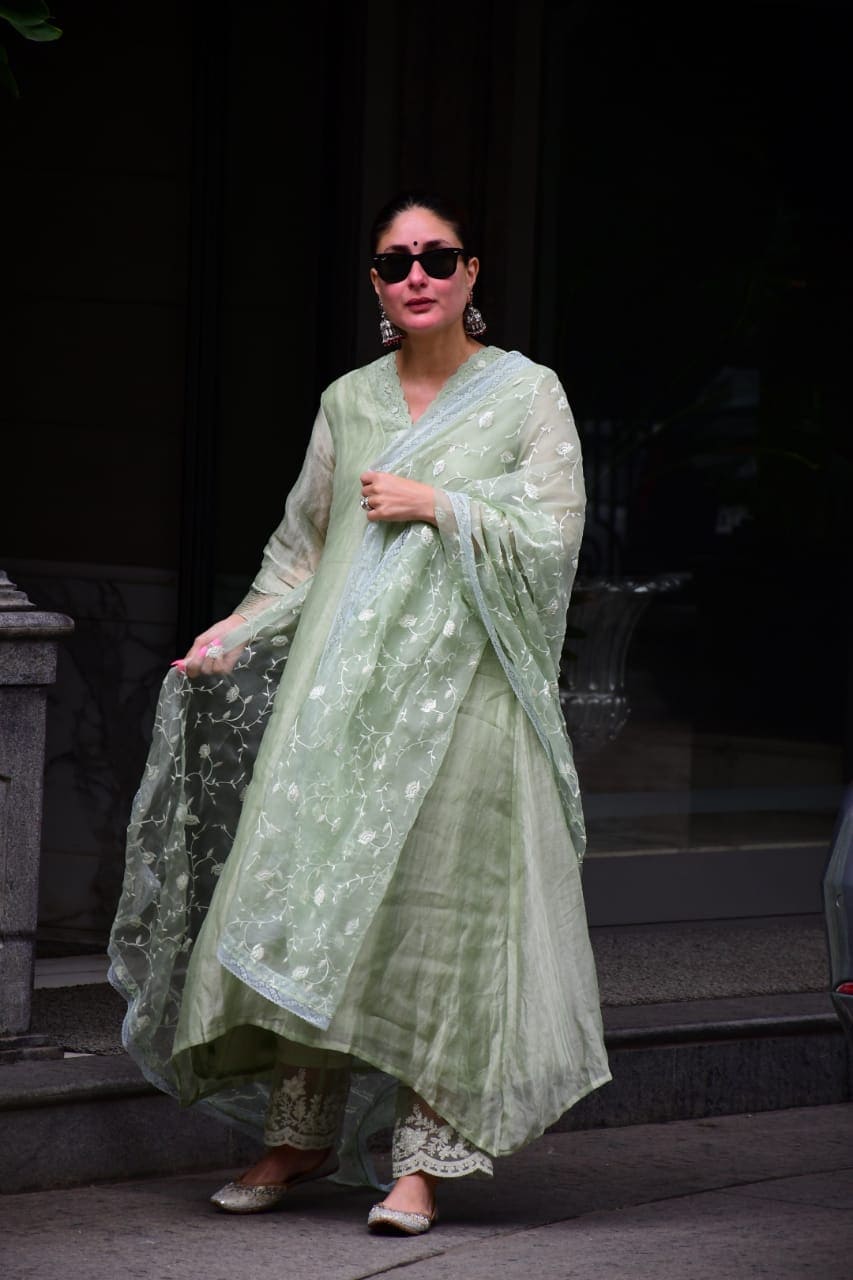 The Bollywood star was spotted in Mumbai in an ethnic outfit that had us pretty pleased. Kareena donned a mint green coloured salwar kameez suit which featured a solid green kurta which had a self-coloured embroidered neckline. Draped over her arms was a light green sheer dupatta with embroidery having a narrow border. Completing the outfit were cropped palazzo pants which had lace trimming at the end. Kareena's silver juttis and jhumka earrings added ethnic charm to the outfit. 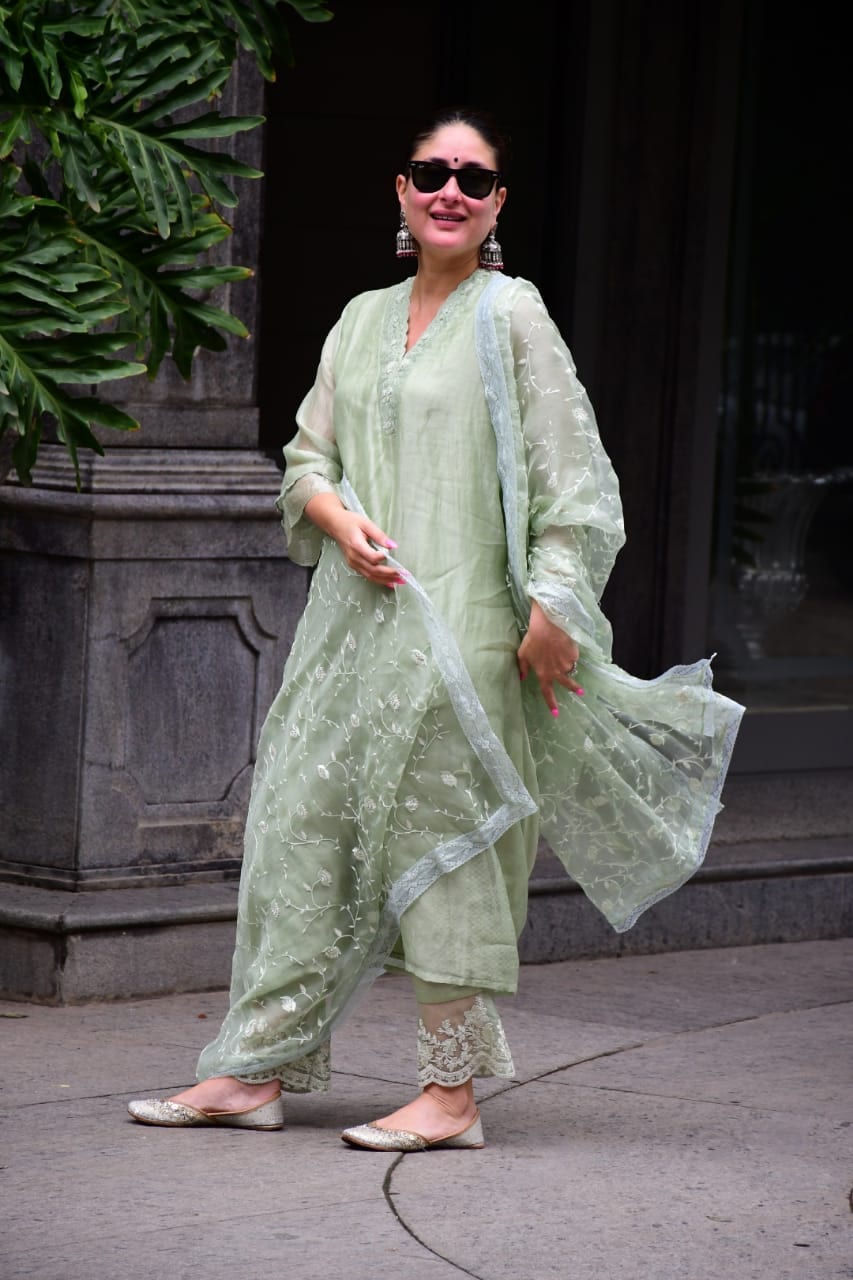 But it was this final accessory that sealed the deal for us. Kareena chose to wear black wayfarer-style sunglasses with her salwar kameez and took its cool quotient up many notches. Now wouldn't you say it's a stylishly simple way to accessorize your next ethnic look? We sure think so.