Kareena Kapoor Or Anushka Sharma, Which All-Black Look Is Your Pick?

Waiting to find out what's a hot celebrity style trend this month? After the craze for colourpop, funky prints and winter whites, celebs are heading back again to what's always been a hot favourite no matter the season and that's classic black. There's enough proof that when it comes to airport fashion or off-duty ensembles, black is the favourite pick for celebs. After all, it's chic and always right. From Sonam Kapoor to Katrina Kaif, celebs have been bringing back black this season in chic new ways. And to set style inspirations for this week, we have none other than Bollywood stars Kareena Kapoor and Anushka Sharma in two very stylish looks.

Kareena Kapoor's style choices only seem to be getting better and better every time. Even when it comes to airport fashion, Bebo is a pro at stealing all the attention in knockout outfits. From making basic kurta-pajamas cool by teaming it with leather jackets to twinning with her son in winter boots, Kareena has been raising the bar high. Recently, we spotted her making a chic case for blacks by opting for a self striped pantsuit and teaming it with brown boots. 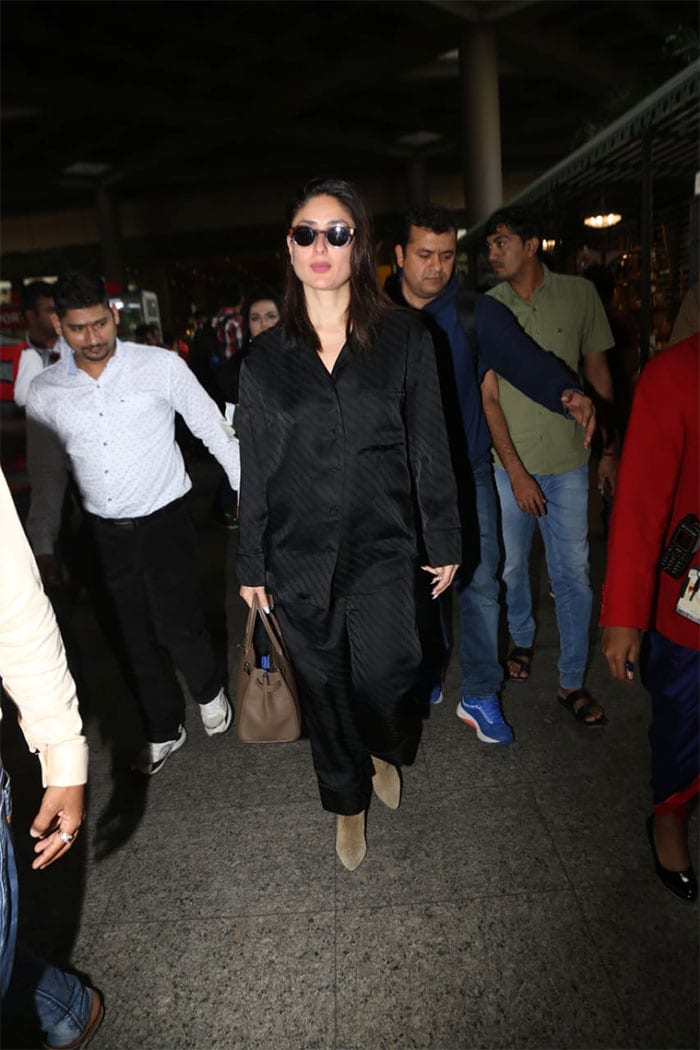 While Kareena Kapoor channeled boss lady vibes, Bollywood actress Anushka Sharma kept with her easy and casual sense of style by opting for an all-black look but with comfort wear. Athleisure is a trend that's surely here to stay. And so comfy tracksuits are something we are definitely going to be seeing a lot more of. To travel at ease, Anushka picked a black tracksuit and teamed it with white sneakers and a sling bag from Louis Vuitton to give it a chic spin. 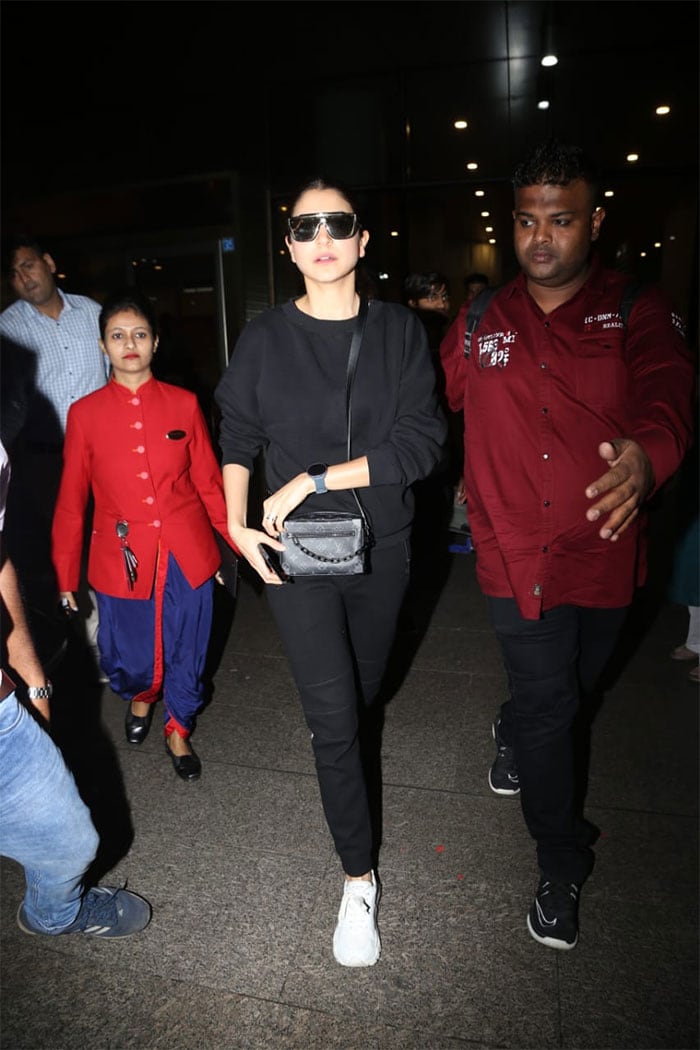 So which celebrity look is your favourite?