Kate Middleton looked like a golden goddess on the red carpet 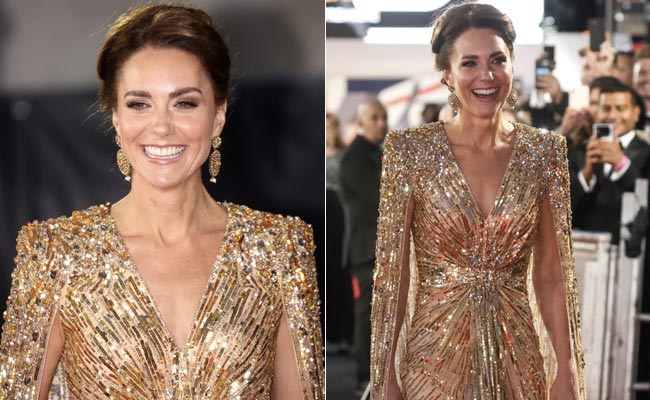 It's been a long, long time since our favourite double agent lit up the silver screens but finally, it's about to be that time. After No Time To Die was postponed due to the pandemic, it premiered in London ahead of its release. The glitzy event was attended by stars of the film Daniel Craig, Lashana Lynch, Rami Malek and Ana de Armas amongst many other. But it was Kate Middleton and Prince William who lent their royal touch to the red carpet function. They were in attendance with Prince Charles and Camilla Bowles who truly turned it into a majestic function. This is set to be the last time Daniel Craig reprises his role as James Bond and he's definitely going to be missed for his wonderful portrayal of the British agent. He was last seen as James Bond in Spectre, which released in 2015. But onto the fashion quotient on the No Time To Die red carpet. It's safe to say that Kate Middleton slayed in the style department.

Kate Middleton at the No Time To Die Premiere
Photo Credit: AFP

(Also Read: From Coat Dresses To Cricket Sweaters, Kate Middleton Wears It All With Style On Her Tour Of Scotland)

The Duchess of Cambridge wore an embellished gold gown by Jenny Packham. With a sheer body, it featured gold sequin detailing which delicately faded towards the ankle. Her dress also featured power shoulders and cape sleeves with slits and a ruched waist. Truly a golden goddess on the red carpet. Kate Middleton's beauty look kept up with it in entirety too. With skin that glowed just as bright, she sported a set of defined brows and lashes with brown eye makeup and a neutral lip. Her hair was pulled back in an updo and dangling earrings were the only jewellery to add charm to the look. Royal elegance truly looks lovely on her. 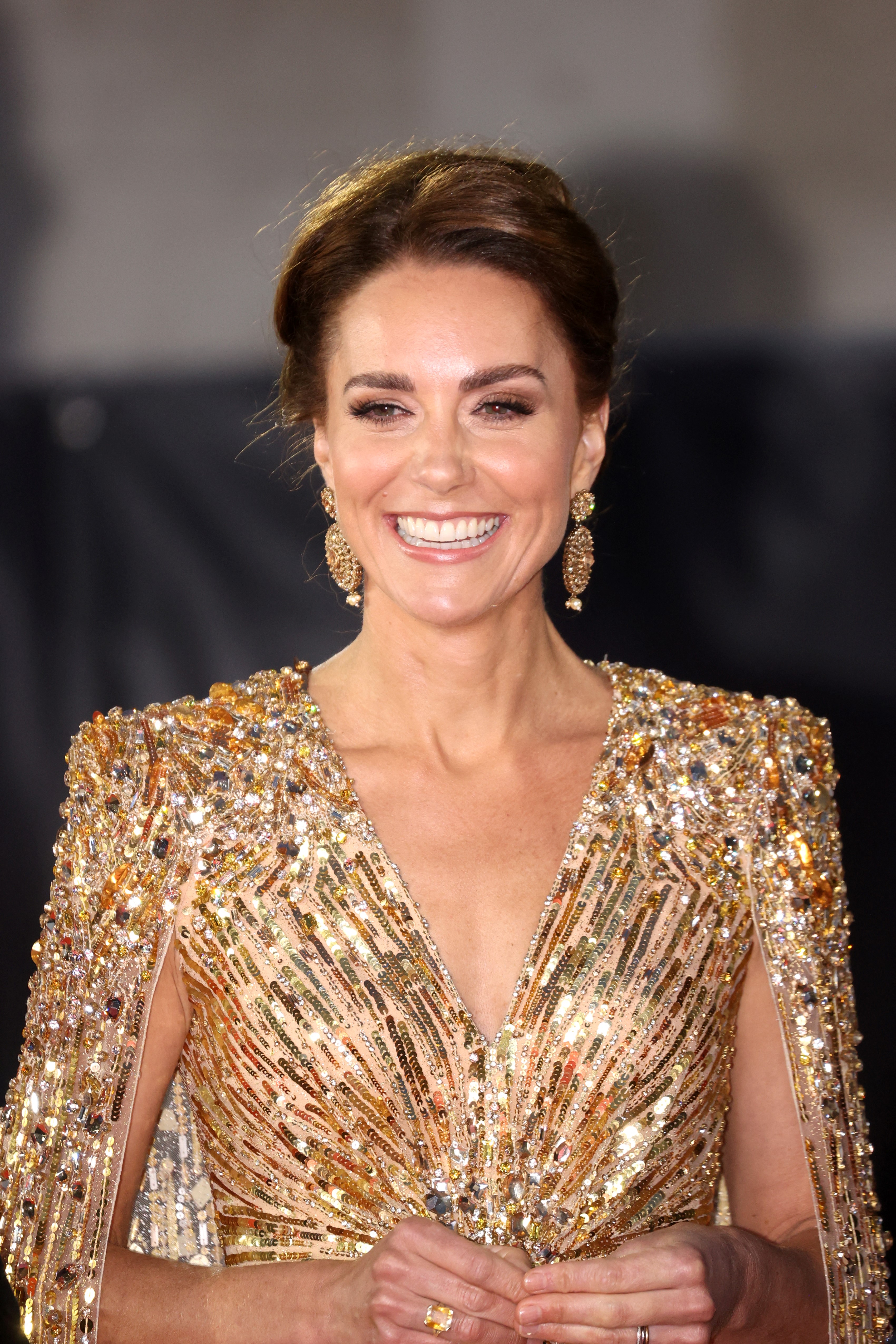 Kate Middleton at the No Time To Die Premiere
Photo Credit: AFP